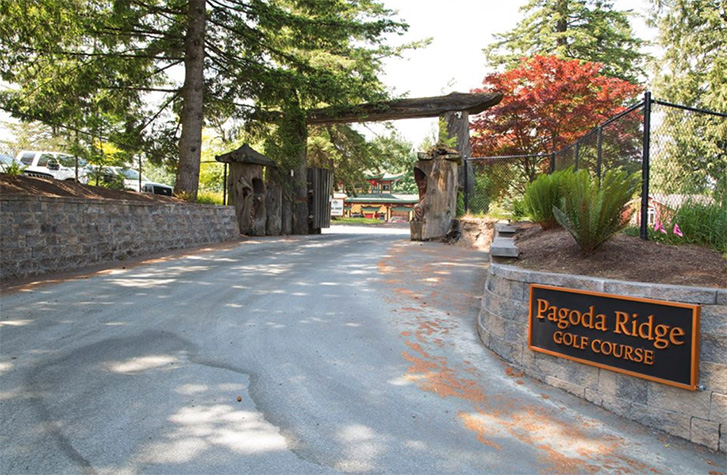 The new owners of Pagoda Ridge Golf Course have big plans that include a new name and an upscale clubhouse to serve members when the Langley facility goes private. For now, however, it’s business as usual at Pagoda, which changed hands last month when the Brown family -- the course’s original owners -- sold the facility to Coquitlam-based JK World Group.

Justin Kim, president and chief executive officer of JKWG, told British Columbia Golf that the course will remain open to the public for the next two years. Once the course goes private, it will operate as GreenTee Golf Club.

The new owners don’t plan any changes to the routing of the course, but will make a number of enhancements.

“We will bring the greens and fairways to the top level of conditioning in the next two years, so we are purchasing more equipment and hiring more people,” Kim said. Reed Grosart will remain as course superintendent.

“It is going to take some time so we are planning to run it as a public golf course for the next two years,” Kim said. “Then we’ll have to close for a year or a year and a half for the (clubhouse) construction and cart paths, new parking lot and all the tee boxes. So we are not changing the course but we are doing a super upgrade.

“We are planning to tear down all the existing office buildings, pro shop, restaurant, because we are going to have a beautiful clubhouse that we have never seen before in Canada. It will have a spa and sauna. It will be amazing.”

Kim said Pagoda’s replica of the Great Wall of China will remain a part of the property. “We are just going to upgrade the Great Wall,” he said. “It is very unique. We will give it a power wash, clean it, and we’ll put a washroom there. That work will start in a few weeks.”

Other immediate changes include the installation of fountains in some of the course’s water features. All of the course’s bunkers will be replaced in the next year. At some point, JKWG also hopes to install lighting on the course to stretch playable hours.

“When we build the clubhouse and driving range we are planning to put up huge lights for last three or four holes,” Kim said. “That is common in Asia and places like Dubai. They don’t light the entire golf course, just the last three or four holes. That way you can tee off an hour and a half later. In the summer time with these lights, you can tee off at 8 p.m. and still finish your round.”

When the course does go private, Kim said it will sell equity memberships that can be re-sold. Kim said former general manager Larry Brown has agreed to stay on for a time to help with the transition. JKWG is poised to become a significant player in the B.C. golf industry.

In addition to their acquisition of Pagoda Ridge, the company is opening a high-end golf shop in Coquitlam and has acquired land in Richmond to build what they say will be the largest indoor golf centre in North America. We’ll have more on that in next week’s edition of our B.C. Golf Notes.

Q-SCHOOLS SET: Hopefully, this will be the year that the Mackenzie Tour-PGA Tour Canada circuit returns to normal. With that in mind, the Mackenzie Tour has announced the dates and locations of its seven spring qualifying schools. The last one -- and the only one of the seven in Canada -- is set for April 26-29 at the Crown Isle Resort in Courtenay. The Mackenzie Tour says its 2022 schedule will be released soon. It plans for a full Canadian schedule with the top five finishers on its Order of Merit earning some status on the 2023 Korn Ferry Tour.

KWON WINS IN FLORIDA: Port Coquitlam’s Yeji Kwon finished 2021 in style by winning the Canadian Junior Golf Association’s World Junior Challenge in Florida. Kwon, who won the 2020 Alberta Ladies Amateur Championship as a 14-year-old, completed the 54-hole Florida event at one-under par. That was good for a four-shot win over Kelly Zhao of Toronto. Two other British Columbians finished inside the top 10.

Martina Yu of Coquitlam was seventh at 13-over, while Rebecca Kim of Victoria was eighth at 14-over. In the Junior Boys Division, Brendan O’Brien of Victoria tied for fourth at eight-over par. Rafael Estrada of Guadalajara, Mexico beat the field by eight shots with a winning score of three-under par. Eric Li of Port Coquitlam won the bantam boys division with a score of one-under par. Ha Young Chan of Surrey was third in the bantam girls division. The tournament was played at the Copperhead Course at the Innisbrook Golf Resort in Palm Harbor, Fla.

GM WANTED: Nicklaus North is looking for a new general manager. Current GM Jason Lowe has been promoted. Lowe has been appointed director of operations for the GolfBC Group, which owns and operates Nicklaus North in Whistler, Okanagan Golf Club and Gallagher’s Canyon in Kelowna, Olympic View in Victoria and Mayfair Lakes in Richmond. GolfBC also owns the three Wailea courses on the Hawaiian island of Maui.