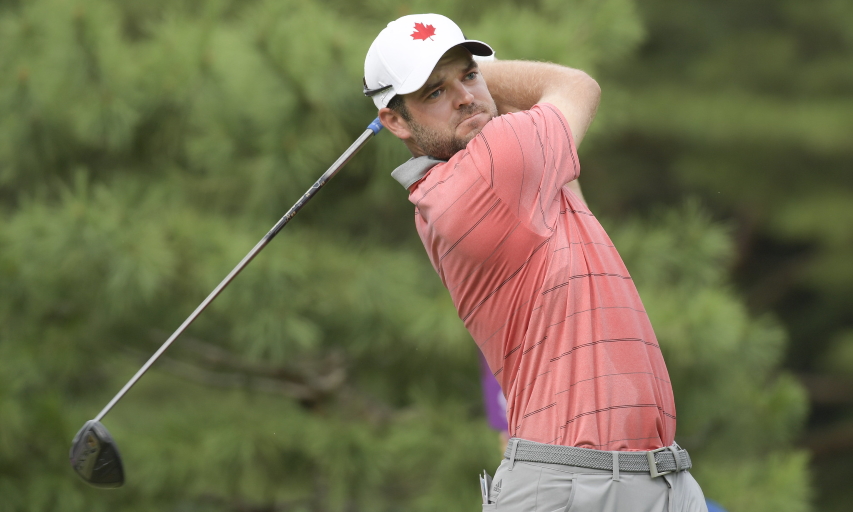 KITCHENER, Ontario — PGA TOUR Canada announced that PGA TOUR star and native Canadian Corey Conners has agreed to serve as the Honorary Chair for its flagship event, the season-ending Fortinet Cup Championship, at Deer Ridge Golf Club set for September 12-18. The Corey and Malory Conners Family Fund, which focuses on helping underprivileged children through sports and education, will be the official Fortinet Cup Championship charity. Conners grew up in Listowel, Ontario, approximately 55 kilometres from Deer Ridge, and he continues to maintain close ties to the region and to PGA TOUR Canada, where his professional career began.

Conners, a PGA TOUR Canada member in 2015 and 2016, joined the PGA TOUR in 2018 and won the following year, at the Valero Texas Open. Conners is currently ranked 32nd in the FedExCup standings, is also the 32nd-ranked player in the world and is No. 6 in the International Presidents Cup standings.

“I loved my time playing on PGA TOUR Canada, and there have been so many like me who played on that Tour and gained valuable experience that allowed us to move to the Korn Ferry Tour and eventually the PGA TOUR. It’s truly a great feeling to once again be associated with PGA TOUR Canada through my involvement with the Fortinet Cup Championship,” Conners said. “I had big dreams when I was playing in Canada in 2015 and 2016, and I will always have fond memories of those tournaments I played and the cities I visited.”

Leading up to the event, Conners will visit Deer Ridge Golf Club to promote the event. He will also lend his endorsement through his social media channels.

“To again be part of PGA TOUR Canada, this time as Honorary Chair, and to be associated with the Fortinet Cup Championship, the Tour’s season-ending event, is something I sincerely appreciate,” he added. “Malory and I are passionate about giving back, and we look forward to making a significant impact that will benefit many lives in the community.”

“Fortinet is excited to work with the teams at PGA TOUR Canada and the Fortinet Cup Championship,” said John Maddison, Executive Vice President of Products and Chief Marketing Officer at Fortinet.  “The relationship with PGA TOUR Canada will benefit communities, customers and local nonprofit organizations. These initiatives further Fortinet’s vision to make possible a digital world that organizations can always trust by securing people, devices, and data everywhere.”

The limited-field Fortinet Cup Championship will bring the Tour’s best players to the Waterloo Region, with the top-10 point-earners off the season-long Fortinet Cup points list at the tournament’s conclusion earning 2023 Korn Ferry Tour membership. The Tour will present the top points-earner with the Fortinet Cup as its Player of the Year. Previous recipients of that prestigious honour are Mackenzie Hughes, Joel Dahmen, J.J. Spaun, Kramer Hickok, Tyler McCumber and Paul Barjon — all current PGA TOUR members.

“We are ecstatic that we will host PGA TOUR Canada’s flagship event in the Waterloo Region. Deer Ridge Golf Club will serve as a formidable test for players as they look to etch their names on the Fortinet Cup while taking one step closer toward the goal of playing on the PGA TOUR,” said PGA TOUR Canada Executive Director Scott Pritchard. “To have Corey and Malory involved adds another level of prestige to an event that will put an exclamation point on our 2022 season. We look forward to working alongside the Conners family, the event organizers and the team at Deer Ridge Golf Club to deliver a world-class tournament.”

The local host organization for the event is championed by Executive Director Leslie Gallacher, with support from a volunteer advisory committee led by local entrepreneur and philanthropist Ron Caudle.

“We so appreciate the Conners’ involvement in this tournament, and we are honoured to bring a prestigious event like the Fortinet Cup Championship to our community,” said Gallacher. “We expect this tournament will generate significant charitable, economic and community impact as we welcome the world’s top up-and-coming players along with their families and fans to the Waterloo Region.”

“The Corey and Malory Conners Family Fund, the Deer Ridge Charitable Foundation and the Fortinet Cup Championship are designating charitable dollars raised this year to these local charities: Waterloo Regional Track 3 Ski School, Pride Stables, Independent Living Centre of Waterloo Region and Nutrition for Learning. Since PGA TOUR Canada began in 2013, it has raised $5.4 million for charities across Canada.

“Deer Ridge Golf Club and its Board of Directors are proud to host the Fortinet Cup Championship. Our members and community are providing sponsorship and volunteering to make this tournament the best ever. There are great economic benefits for the Waterloo Region, and we will be helping out four local children's charities,” said Alan Paleczny, Deer Ridge Golf Club President.

Since 2013, more than 250 players have graduated to the Korn Ferry Tour, with 46 players accounting for 49 wins. From there, 54 players have moved on to the PGA TOUR, with 14 players accounting for 16 wins. They are Conners, Hughes, Dahmen, Spaun, Nick Taylor, Tony Finau, C.T. Pan, Talor Gooch, Adam Long, Aaron Wise, Cam Davis, Ryan Brehm, Chad Ramey and Sepp Straka. There are currently 10 Canadians on the PGA TOUR.

The full 2022 PGA TOUR Canada schedule can be found at www.pgatourcanada/fortinetcup.

For more information about the Fortinet Cup Championship, including the schedule of events, volunteering, sponsorship, and more visit www.fortinetcupchampionship.com or contact Leslie Gallacher.

PGA TOUR Canada is a professional golf tour that offers a series of tournaments played primarily in Canada each summer, where tomorrow’s stars begin the path to the PGA TOUR. All year, players will compete for the Fortinet Cup, a points-based race that rewards the top performers with Korn Ferry Tour membership for the following season. In addition, players will play for a $100,000 bonus pool provided by Fortinet. PGA TOUR Canada’s mission is to deliver a PGA TOUR experience for our members, fans, volunteers and its partners in order to develop the future stars of professional golf and enrich the communities the Tour visits.

Fortinet makes possible a digital world that we can always trust through its mission to protect people, devices, and data everywhere. This is why the world’s largest enterprises, service providers and government organizations choose Fortinet to securely accelerate their digital journey. The Fortinet Security Fabric platform delivers broad, integrated and automated protections across the entire digital-attack surface, securing critical devices, data, applications, and connections from the data center to the cloud to the home office. Ranking No. 1 in the most security appliances shipped worldwide, more than 565,000 customers trust Fortinet to protect their businesses. And the Fortinet NSE Training Institute, an initiative of Fortinet’s Training Advancement Agenda (TAA), provides one of the largest and broadest training programs in the industry to make cyber training and new career opportunities available to everyone. Learn more at www.fortinet.com, the Fortinet Blog or FortiGuard Labs.