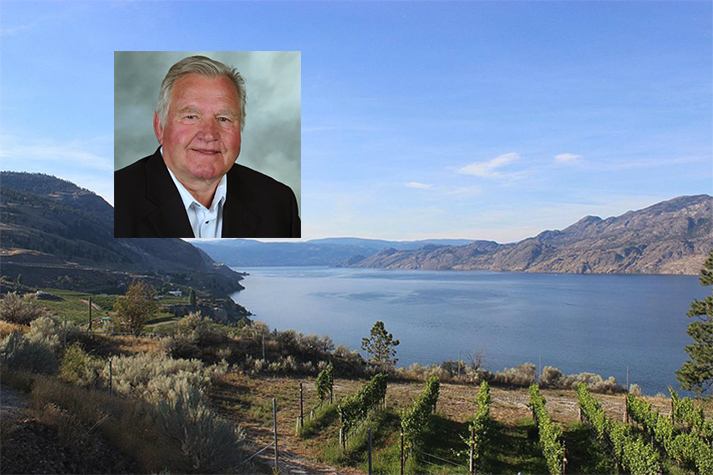 Les Furber’s footprints are all over the British Columbia golfing landscape and the prolific 76-year-old course designer isn’t done yet.

Furber has been tabbed to revive a long-stalled project in Peachland on the site of the former Ponderosa Golf Course...

Peachland council recently approved a project that will include about 445 homes and a nine-hole course to be designed by Furber on lands owned by the Romspen Group, a Toronto-based company that oversees one of Canada’s largest private mortgage funds.

“They just want to get the project going forward,” Furber said in an interview with British Columbia Golf. “It has been sitting still for more than 10 years. I have been on the site four or five times now, so I am getting to know it really well. I have done a presentation to council. Everybody seems to be on side and are happy the project is going forward.”

The site, which offers breathtaking views of Okanagan Lake, was to be the home of a Greg Norman-designed 18-hole course. But that project was abandoned by its previous owners after some preliminary work had been done on the course.

“There were three holes that were roughed in and they put the irrigation in and the intention was to plant the grass, but they never got around to doing that,” Furber said. “Those three holes still needed quite a bit of work and I think it was more of a sales ploy than it was a final product. We are going to use a couple of them, but we’re going to give them the kind of look we want to give them.”

A nine-hole course is all that can be built right now because other parcels of the original property are now owned by different parties. The hope is that one day an additional nine holes will be added. The nine-hole course Furber is designing will be a hybrid of sorts. It will be longer than an executive course and shorter than a championship-caliber layout.

“We have 35 acres of land and on that we can build a par 34,” Furber says. “There’ll be one par 5, three par 3s and five par 4s. Basically, it will have the qualities of championship golf without the length. That’s the best way to describe it.”

While the course is being built on the side of a mountain, Furber said there will not be a lot of elevation change. “It is on a bench, so there is very little up and down,” he said. “There might be one difficult walk that could force some people to take a cart, but overall it’s on a bench. There will be some great panoramic views of the lake. We are hanging right over the edge. I think people will like it for that.”

Most of the work on the course will be completed in 2023 and Furber hopes it can be playable late in 2024.

LONG LIST: Furber has lost count of how many courses he has done in B.C. “I think it’s 32, 33 or 34,” he said. It’s an impressive list that includes Trickle Creek and Bootleg Gap in Kimberley, Storey Creek in Campbell River, Golden, Riverway in Burnaby, Salmon Arm, Predator Ridge (Predator Course) in Vernon, Fairview Mountain in Oliver, Mayfair Lakes in Richmond and St. Eugene Mission in Cranbrook.

“I have done more than anybody else in B.C.,” he said. “I am not bragging, it’s just a fact. It has been a great province to work in because you get all types of topography. You go from delta to parkland to alpine, all of it, so it is a lot of fun.”

With few new courses being built these days, most of Furber’s work in recent years has been on the renovation side. “The market now seems to be upgrading,” he said. “I have done enough work where some courses call me and say we think we want to add some forward tees or we want to do this or do that.” Furber and his team are wrapping up restoration work at Ledgeview Golf Club in Abbotsford, which was recently disrupted by the Trans Mountain Pipeline project.

“I'm 76 now, so I have just about finished the back nine of my career,” Furber said with a chuckle. “I don’t market internationally or chase rainbows anymore. If people need me or want me to come help them, I like to be involved. It is a passion more than anything. I am not doing it for the money. It keeps me busy. It keeps me happy.”

ON THE RISE: It was back in the late 1990s when Stephen Ross, the former executive director of the Royal Canadian Golf Association (now Golf Canada) set a goal of having five Canadian men inside the top 200 of the Official World Golf Ranking. It was considered something of a lofty goal, considering Canada only had one player — Mike Weir — ranked inside the top 200 at that time. Today’s rankings show how much progress this country has made.

Canada currently has four players — including two British Columbians — ranked inside the top 100 and another at No. 108. Corey Conners of Listowel, Ont., leads the way at No. 33, Mackenzie Hughes of Hamilton is 51st, Surrey’s Adam Svensson has moved up to No. 72 after his recent win at the RSM Classic and Abbotsford’s Adam Hadwin is 73rd. Taylor Pendrith of Richmond Hill, Ont., is ranked 108th. Abbotsford’s Nick Taylor is the next highest ranked Canadian at 251st.

MEMBERSHIP DRIVE: The B.C. Golf House Society has set a goal of selling 100 memberships — either renewals or new memberships — by the end of December. Memberships and donations are a key source of revenue for the society and the Golf Museum, which is located on the grounds of University Golf Club in Vancouver. Memberships are $25 per year and a tex receipt is provided. Cheques made payable to the BC Golf House Society can be mailed to the society at 2545 Blanca St., Vancouver, V6R 4N1.