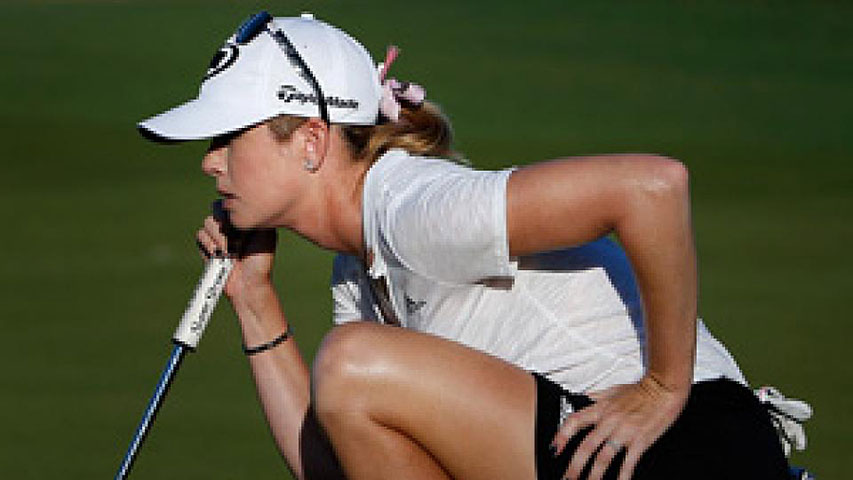 Creamer would love for organizers to at least listen to the idea of women playing a Masters in consecutive weeks with the men’s tournament. She reiterated her thoughts Tuesday at Lake Merced Golf Club, where the Bay Area native is preparing for this week’s Swinging Skirts LPGA Classic.

On April 14, Creamer posted on Twitter: “I hope The Masters will consider a Women’s Masters soon. They do so much to grow the game. Fastest area of golf growth is women! #6Majors?”

“I’ve been there, I’ve played there, stayed in Butler’s Cabin,” said Creamer, the 2010 U.S. Women’s Open champion. “I had an awesome time. I think the patrons and everybody would love to have two weeks there, two tournaments. Why wouldn’t you? Hopefully, we will see something change and happen.”

While she hasn’t heard from anyone official at Augusta, there has been plenty of positive feedback since she made the comments. She wants to be part of golf taking steps to recruit the next generation of young players.

“It’s 2015. I think Augusta and the Masters and everybody with that event, they want to grow the game so badly,” Creamer said. “That’s what it is, about growing the game and giving people opportunities. The Chip and Putt, all of that for the kids to be able to come out there. There’s no reason why we can’t do that in women’s golf. We’re just as much a part of growing the game.”

When reminded that Augusta National Golf Club Chairman Billy Payne has referenced scheduling issues when it comes to adding an event such as a women’s tournament, Creamer noted she believes it wouldn’t be that hard and “I think they could handle two weeks a year.”

“You could have two major tournaments back-to-back,” she said.

Payne has said he doesn’t envision a women’s Masters.

“We have a very short member season at Augusta National. It’s seven months only,” he said. “The time that we dedicate to the preparation and conduct of the tournament is already extensive. I don’t think that we would ever host another tournament.”

Creamer is open to participating in further discussion.

“There’s no reason why you can’t revisit things. I think somebody’s got to speak up and somebody’s got to say something,” Creamer said. “It’s an idea, I don’t think that people should be ashamed to talk about it. I’d like to know truthfully why we wouldn’t be able to have a tournament there. Definitely women’s golf deserves something like that.”