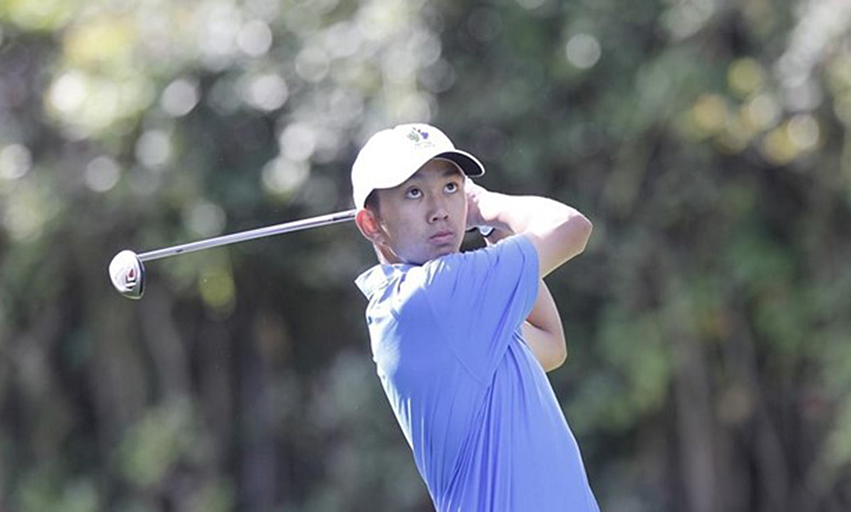 BURNABY, BC – Simon Fraser University golf coach John Buchanan has announced that Sy Lovan of Surrey has signed National Letters of Intent during the early signing period to compete for the Clan men’s golf program.

Lovan won double gold medals at the 2014 BC Summer Games, capturing individual medalist honours, and winning gold as team champion. Lovan also won the 2015 Beach Grove Invitational, finished second at the 2015 Zone Junior Order of Merit and tied for 15th at the 2015 BC Junior Boys tournament.

Lovan has also competed internationally. He competed in the 2015 Eddie Hogan Cup, where BC placed fifth, and the 2015 Junior America's Cup, where Team BC finished tied for fourth. The Hogan Cup pits the best junior golfers from the Western United States and Canada against each other in a team format while the America's Cup brings together an elite international field of 18 teams from the United States, Mexico and Canada.

“SFU has created one of the most dominant teams in the nation and I believe that the golf program will help me improve my game immensely,” said Lovan. “I look forward to joining the accomplished players I have grown up competing against.”

In addition, a record nine Simon Fraser golfers competed at provincial championships during the summer.

Lovan is a high achiever on the golf course, in the classroom and in the community, too. He is a frequent volunteer for adapted physical development programs in Surrey, helping to develop skills of mentally and physically disabled students (K-Grade 12).