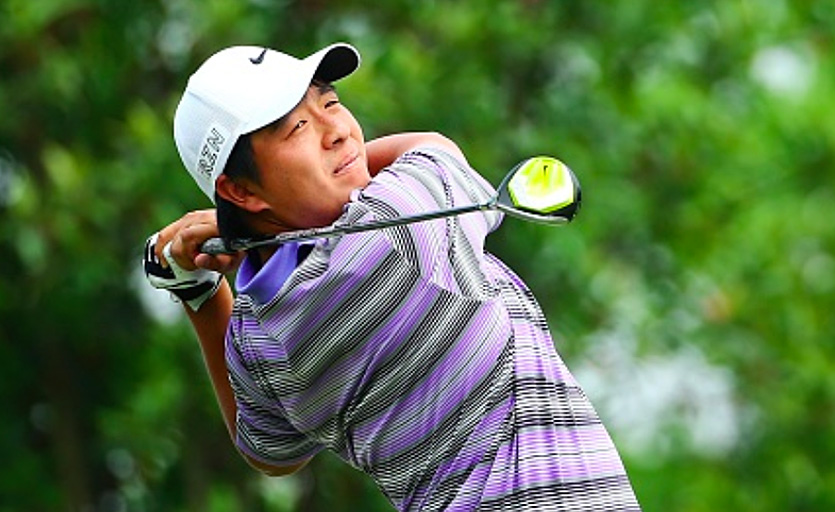 Eugene Wong Has Played His Way Onto The Web.com Tour For 2016 After A Top Five OOM Finish On The PGA TOUR China In 2015 - Image Courtesy Golf Canada

Besides Wong other players moving to the Web.com Tour are Australia’s Bryden Macpherson, New Zealand’s Josh Geary and China’s Xinjun Zhang and Zecheng Dou. The players received their membership cards during a ceremony following the final event of the season, the Capital Airlines – HNA Real Estate Championship.

After a disappointing second-place finish to fellow Canadian Justin Shin at the United Investment Real Estate Wuhan Open in May, Wong finally broke through and won in Beijing, at the Ping An Bank Open two months later.

Wong earned his PGA TOUR China playing privileges by virtue of his play on the 2014 Mackenzie Tour – PGA TOUR Canada. Wong locked up the fifth position on the Order of Merit with a tie for 27th at the season-ending Capital Airlines – HNA Real Estate Championship.

“It’s been a great season. This was a nervous week here in Dongguan, but I got it done. I’m very happy with the way my season has gone,” Wong said.

“Eugene committed himself to this Tour, and he immediately made an impact, showing what kind of game he has. It was fun to see him win, and it is great to have our first Canadian move on to the Web.com Tour,” said PGA TOUR China Series’ Executive Director Greg Carlson. “Eugene joins a strong group of players who will go to the Web.com Tour next year. I’m confident his career will continue to ascend as he moves to this next level of professional golf.”

The 2016 Web.com Tour season, the 26th in its history, begins in late-January at the Panama Claro Championship in Panama City, Panama (January 29-February 1).

PGA TOUR China sent its first five players to the Web.com Tour following the 2014 season. They were China’s Haotong Li and Xinjun Zhang, Australia’s Brett Drewitt, the U.S.’s Sam Chien and South Korea’s Todd Baek, with Zhang electing to stay in China and not play the Web.com Tour. Li and Baek both finished high enough on the 2015 Web.com Tour money list to retain their playing privileges for 2016.

In 2014, PGA TOUR China, a joint effort between the PGA TOUR and the China Golf Association, had nine different winners who came from five countries (China, Australia, South Korea, Thailand and the United States). China Olympic Sports Industry ran the day-to-day operation of PGA TOUR China with assistance from the PGA TOUR. 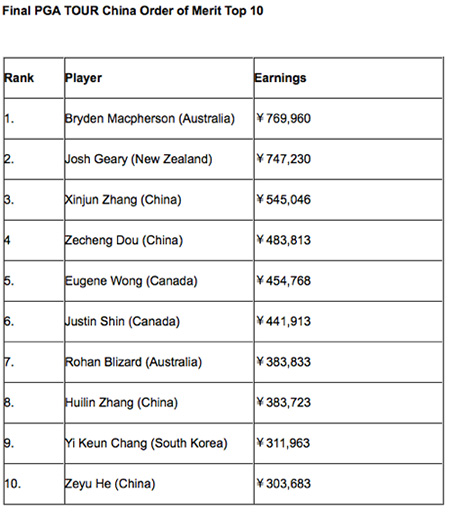 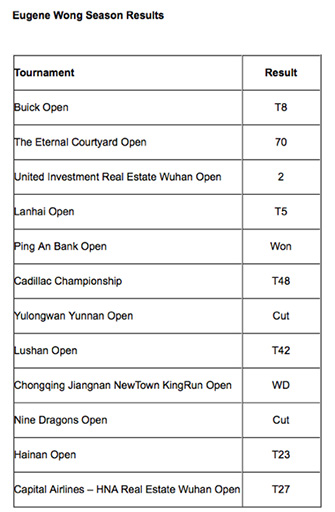