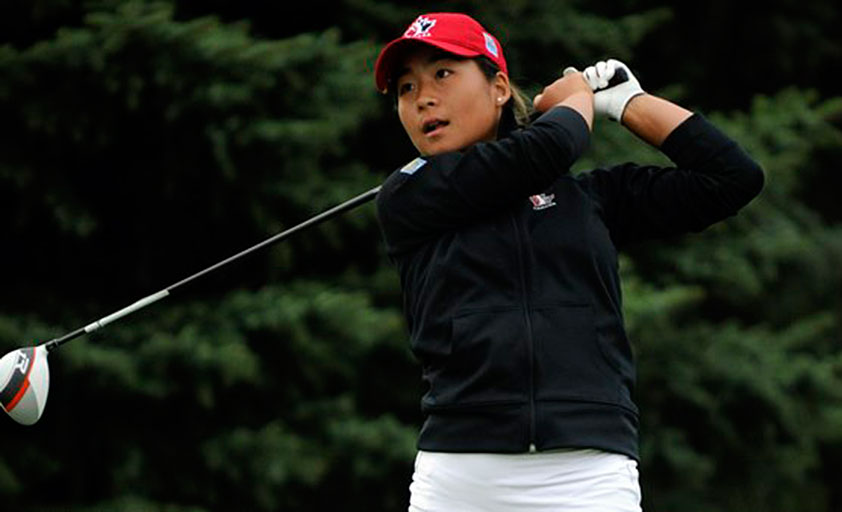 Naomi Ko called it the round of her life and it could not have come at a better time for the 18-year-old Victoria native. A clutch five-under 67 in the second round of a 36-hole sectional qualifier at The Home Course in Dupont, Wash., earned Ko a spot in this summer’s U.S. Women’s Open.

Ko, a member of Canada’s national amateur team and former B.C. Junior Girls champion, topped a field of 48 players to earn the one spot available at the Monday qualifier.

Her 36-hole score of three-under 141 topped the field by two shots. She clinched her spot in the field with four back-nine birdies in her second round of the day.

Ko, who just completed her freshman year at North Carolina State University, said she has never played a better round and really wasn’t sure what she had shot until after her round. “Honestly, I didn’t really pay attention to where I was at or what my score really was,” Ko said over the phone Tuesday as she waited for the ferry to take her back home.

“When I came off the golf course I actually asked my Dad what I shot because I wasn’t sure myself. I just kind of played golf. I knew that you probably had to be even-par or better to have a chance. There were a lot of good players out there.”

The fact she will tee it up in the Open, scheduled for July 7-10 at CordeValle Golf Course in San Martin, Calif., is only beginning to sink in. “It means a lot,” Ko said. “It gives me something to work towards and gives me another goal I can try and work towards.

It will be nice to have something like this to look forward to. I mean, I look forward to all the tournaments I play in every summer, but especially this one. I think it will be a really good experience.”

Ko has played in a handful of pro events, but nothing on the level of the U.S. Women’s Open. “I have played in some Canadian Women’s Tour events and even those were kind of nerve-wracking,” said Ko, who will provide some Canadian 'Ko-mpany' to world No. 1 Lydia Ko at the Women’s Open.

“It will definitely be different and I guess I have to prepare myself for what I am going to be in for. I want to go in feeling confident that I can compete against them. To be able to do that I have to really prepare and practise.”

Ko’s back-nine birdie barrage began on the 10th hole, where she stuck a wedge from 88 yards to four feet and sunk the putt. “And then they just kind of kept coming. I made a birdie on No. 14 and sunk a really long putt. Everything just kind of came together on the back nine.”

Ko thoroughly enjoyed her first year at North Carolina State, although she acknowledged there was a steep learning curve. “It was a lot of fun. It was definitely different. I think the toughest part about my freshman year was just learning to manage my time and trying to balance school and golf and my social life. That was tough, but other than that I had a great time with my teammates.”

After three years on Golf Canada’s national development squad, Ko was named to the national team earlier this year. Last year, she tied for second at the Ontario Women’s Amateur, placed third at the Canadian Junior, tied for fifth at the B.C. Women’s Amateur and made it to the quarter-finals of the U.S. Junior Girls Championship.

She now has roughly two months to prepare for the U.S. Open. But first, she plans to get some rest. “I am kind of tired, coming back from (NCAA) regionals,” she said. “Once I am ready to go, I will basically live on the golf course.”