Thomas Looking To Make ‘Hay’ This Season On Mackenzie Tour 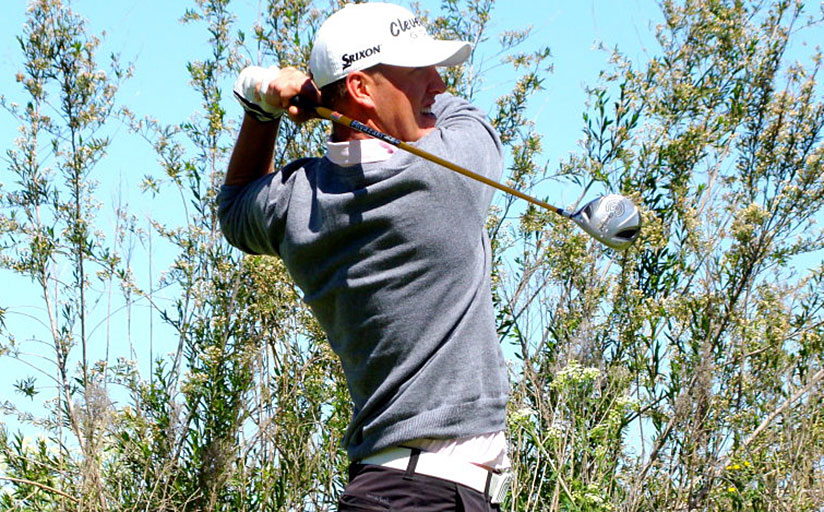 Langley Resident One Of A Number Of B.C. Pros To Tee It Up In Season-Opener At Point Grey

A 2015 season that started with considerable promise quickly turned sour for Langley’s Thomas Hay, who is confident that this year will be different.

That, unfortunately, was the highlight of his year. Hay did make the cut at Point Grey, where he tied for 31st place, but made only one other cut in 11 starts in his rookie season on the Mackenzie Tour. “That was my best round of the season, that first round at Point Grey,” Hay says.

Now a year older and wiser, Hay is back, ready for another run. The 26-year-old was a guest at a news conference earlier this week at Point Grey for the $175,000 Freedom 55 Financial Open, which begins Thursday (May 26). Hay says he learned a lot during his difficult 2015 season.

“You see these guys week-in and week-out shooting 20-under par to win these events and it kind of gets intimidating, especially when things are going a little sideways,” he says.

“You can’t let the negatives roll with you. It's easy to do that when you are on the road every week and if things aren’t going well it's easy to roll into the next week with kind of a negative vibe. You have to treat each week like a new week. One week can change your year out here and I think I just rolled with some negatives a little too long last year and I’ll learn from that and try to roll with some positives this year.”

Hay already has one positive to draw on. He survived qualifying school earlier this month at Crown Isle in Courtenay, where he tied for ninth place to earn solid status for this year.

“I have seen my confidence grow and I have shot some numbers to back it up,” he says. “To play well at Q-School with so much anticipation for that one week is big. It’s a lot of money to put up to do it and basically to go out and perform under that kind of pressure, I feel like there might be less pressure now that I am actually out here. I've done the hard part, I 've got my card back, so I just have to roll with what I've been doing.”

Hay, who had a successful collegiate career at Drury University in Missouri, has joined many other young British Columbia pros playing this spring on the Vancouver Golf Tour. He loves the fact that the Tour is once again teeing off its season at Point Grey.

“I definitely have some good vibes here. I played with a couple groups of guys here on Monday and took a little bit of cash off them. The course suits my eye and I am excited about getting going.”

There will be 155 other players in the field who are also excited about the start of a new season. Some of them are in the field courtesy of sponsor exemptions. Pros receiving exemptions include James Allenby of Langley, North Vancouver’s Bryn Parry, Devin Carrey of Surrey and Mitch Sutton of London, Ont.

Parry, who recently joined Point Grey as an assistant pro, led the tournament through two rounds last year before finishing tied for 16th.

The final 10 spots in the field will be filled via a Monday qualifier at Swaneset Bay in Pitt Meadows, where another 156 players will tee it up.

This is the third year Point Grey has played host to the event, which this year has a new title sponsor in Freedom 55.

Svensson, now a regular on the Web.com Tour, will not play at Point Grey next week, but Wheeldon is in the field and has been hot of late. The former B.C. Junior champion has won two of the three Vancouver Golf Tour majors this spring.

The Mackenzie Tour--PGA Tour Canada circuit has 12 tournaments scheduled this year, although the Fort McMurray event in August is now in doubt because of fires that have ravaged the northern Alberta community.

The top five players on the money list at season’s end will earn some status on the Web.com Tour in 2017.