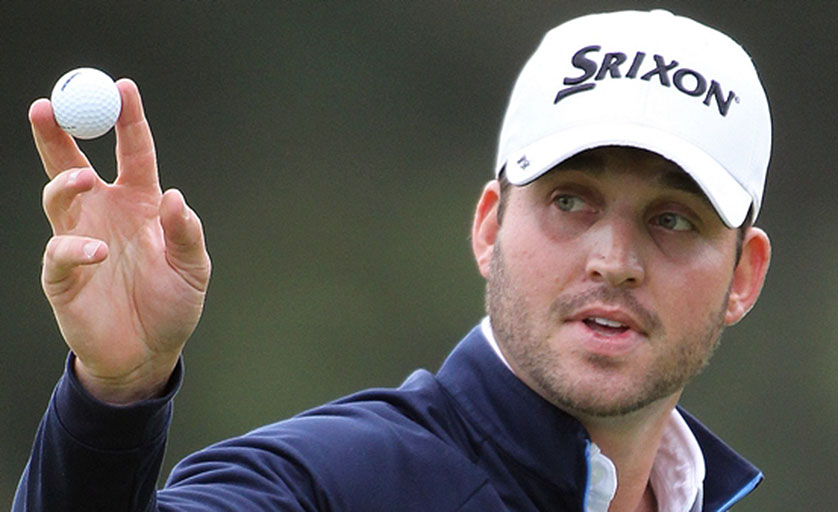 Ryan Williams couldn’t quite catch the leaders, but he still earned himself a nice bonus Sunday at Point Grey Golf & Country Club.

Williams closed with a three-under 69 in the final round of the $175,000 Freedom 55 Financial Open and his 72-hole total of 10-under par made him the low Canadian in the season-opening event of the Mackenzie Tour-PGA Canada circuit.

The low Canadian each week earns a $2,500 bonus from Freedom 55 and the Canadian player of the year will be awarded $25,000 at the end of the season.

“It’s a real nice thing what Freedom 55 does for us Canadian players,” Williams said, before smiling and adding, “I know the Americans aren’t too happy about it.” Williams, a Vancouver resident, always puts extra pressure on himself to play well at Point Grey.

“It's always nice to get off to a good start for the year,” Williams said after his round. ”Playing at home and in front of family and friends and representing this golf club, there's always a little bit of extra pressure and I always want to do well. So to be able to be in contention for the last three days, I think all and all it’s a good start to the year.”

Williams finished five strokes behind winner Dan McCarthy of Syracuse, N.Y.. McCarthy two-putted for birdie from about 85 feet on the 18th green to edge Tyler McCumber of Ponte Vedra Beach, Fla., by one shot.

Williams was one of seven British Columbians to make the cut at Point Grey. Chilliwack’s Brad Clapp tied for 19th at five-under par. Devin Carrey of Surrey tied for 23rd at four-under. Seann Harlingten of West Vancouver tied for 33rd at two-under. Langley’s Adam Cornelson tied for 46th at two-over, while Victoria residents Corey Renfrew and Darren Hupfer tied for 50th at three-over.

Most of the field had to finish their third rounds early Sunday morning after Saturday’s heavy rain delayed play. Thanks to Point Grey’s great drainage and the hard work of its grounds crew, the players were able to play the ball down on Sunday. “Playing the ball down in the fairway for the last round was amazing and the greens were fantastic,” Williams said. “So hat’s off to everybody for that.”

In addition to his $2,500 bonus money, Williams made $5,862 for his seventh-place finish. McCarthy earned $31,500 for the win, his first in four years of playing the Mackenzie Tour.

SHE SAID YES: It has been an eventful few days for Abbotsford’s Adam Hadwin. The week started with Hadwin becoming engaged to girlfriend, Jessica Dawn. Hadwin’s proposal came via a game of Hangman.

Hadwin, who met Dawn at a 2014 Web.com Tour event in Wichita, Kan., told Golfweek that he bought the ring in February and had been thinking about how to pop the big question. “I had no intention of doing it, but when we started playing Hangman I thought, you know what, this might be a perfect opportunity,” Hadwin told Golfweek. “I just said, screw it. I’m not going to waste any more time.” 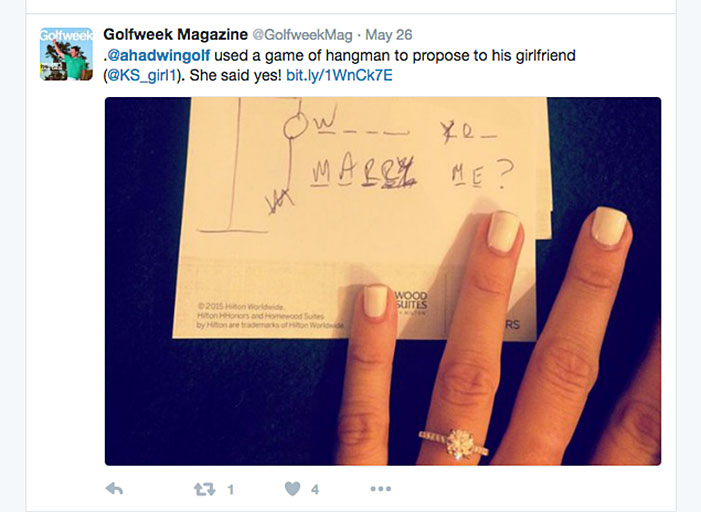 It didn't take long for Dawn to solve the ‘Will You Marry Me’ puzzle and accept the proposal.

Hadwin then went out and had another solid outing on the PGA TOUR, tying for 22nd place at the Dean & Deluca Invitational at famed Colonial Country Club in Fort Worth, Tex. Fellow Abbotsford native Nick Taylor tied for 47th.

Hadwin, who has now made six straight cuts, is in the field for this week’s Memorial tournament in Dublin, Ohio. Taylor is well down the alternate’s list for the Jack Nicklaus-hosted tournament and likely will not draw in.

CHARITY SKINS: The inaugural Golf BC Championship in Kelowna will include a charity skins game featuring past and present NHL players. Two-time all-star defenceman Wade Redden will be joined by other NHL players who will partner with Mackenzie Tour-PGA Tour Canada pros for a $5,000 charity purse on Wednesday of tournament week. The $175,000 Golf BC Championship goes June 9-12 at Gallagher’s Canyon.

Nine Golf BC club pros will tee it up this Tuesday at Gallagher’s to try and earn the one Golf BC exemption into the event.

MARINE WASHOUT: Heavy rain Saturday forced cancellation of the final round of the Marine Drive Amateur. That meant first-round leader Scott Kerr, who shot a seven-under 64, was declared the winner.

Scott Secord was two shots back in second place. Defending champion Chris Crisologo tied for third with a 69. Marine Drive legend Doug Roxburgh, who will play in his 50th B.C. Amateur Championship this summer, tied for 10th at one-over 72.

TOP 10 IN CHINA: Justin Shin of Maple Ridge made a solid defence of his title at the United Investment Real Estate Wuhan Open on the PGA Tour China circuit. Shin closed with a three-under 69 Sunday to finish tied for ninth place. He won last year’s Wuhan Open by three shots.

ROSE BLOSSOMS: West Vancouver’s David Rose, the 2011 B.C. Amateur champion, tied for 13th at the Mazatlan Open on Sunday. That was the best finish of the season on the PGA Latinoamerica circuit for Rose, who finished at 10-under par and five shots behind winner Martin Trainer of the United States.