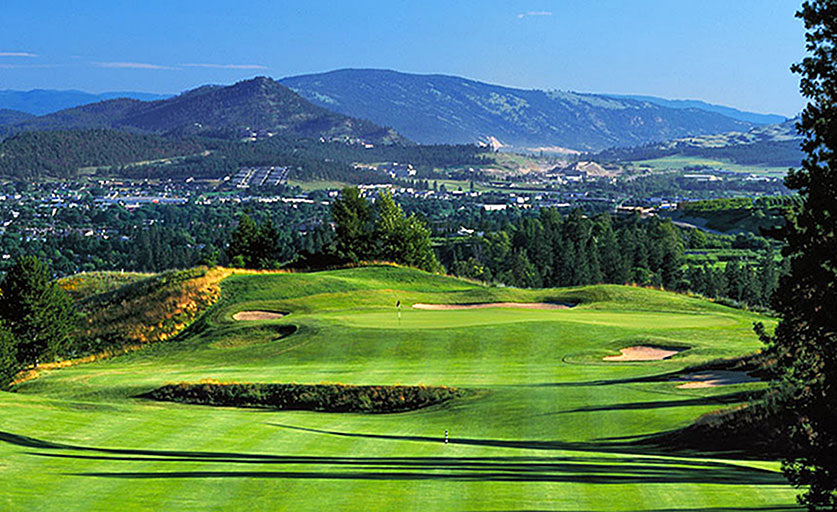 The Mackenzie Tour heads to Kelowna for the first time this week for the inaugural GolfBC Championship, a brand-new event at Gallagher’s Canyon Golf and Country Club. Here’s a look at the storylines for the week, including what’s at stake, players to watch and key notes.

What’s at stake
Players are competing this season for position on the season-ending Order of Merit and look to gain access to the Web.com Tour in 2017. Below is a breakdown of the status available, as well as the current Top Five.

Teeing it up on a sponsor exemption this week, Jacqueline Bendrick of Mercer Island, Wash. will become the first female to compete on the Mackenzie Tour during the PGA TOUR era (2013-present). The Furman University sophomore helped the Paladins to three tournament wins this season.

Machtaler makes first start of season in the Okanagan

2014 National Capital Open to Support Our Troops champion Greg Machtaler will make his first start of the season this week on a sponsor exemption. The Summerland (35 minutes from Kelowna) native has conditional status on the Mackenzie Tour this season. In 2014, the 32-year-old shot a final-round 62 to capture his first Mackenzie Tour win in Ottawa.

The following five Mackenzie Tour players punched their tickets to Oakmont for next week’s U.S. Open, earning a spot after playing through Sectional Qualifying. Below are those who qualified, including brief notes on their Mackenzie Tour status (note: one site remains to be completed Tuesday).