Chilliwack's Clapp Milking This Job For All It’s Worth 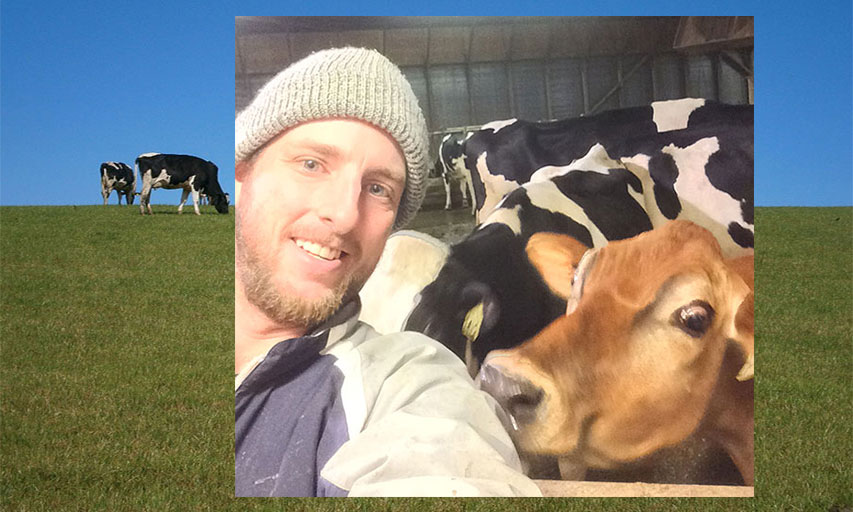 You’ve probably heard all about the glamorous life of a professional golfer, right? The big pay-cheques, the courtesy cars, the five-star hotels.

Well, Brad Clapp would like to welcome you to his world.

Clapp, a regular and past winner on the Mackenzie Tour-PGA Tour Canada circuit, is spending the winter working on a dairy farm. And man, will he have some stories to tell on the driving range when the Mackenzie Tour tees off its 2017 season this spring.

Like that day, just after Christmas, when he helped deliver a calf. “You walk into the barn and there are a couple of hooves coming out of a cow and you have to go in and help her along,” Clapp says with a chuckle. “It’s pretty crazy.”

Like many of his colleagues trying to climb the professional golf ladder, Clapp has to augment his income during the winter months in order to keep chasing his dream. In the past, the 29-year-old Clapp has relied mainly on doing some teaching at his home course, Chilliwack Golf Club.

But this winter he has literally moved right across the street from the golf course, where the family of one of his old hockey-playing buddies runs a dairy farm. “The learning curve has been steep, but it has been a cool experience,” Clapp says.

“I like working with the cows. There are good parts to it, like when I have to bottle-feed the calves and stuff like that, but there are also some pretty harsh realities, too.”

Clapp’s day starts before the crack of dawn. He arrives at the farm by 6 a.m. and normally works until noon or so, then takes three or four hours off before returning and working until 7 or 8 at night. He does everything but actually milk the cows. The robots do that. 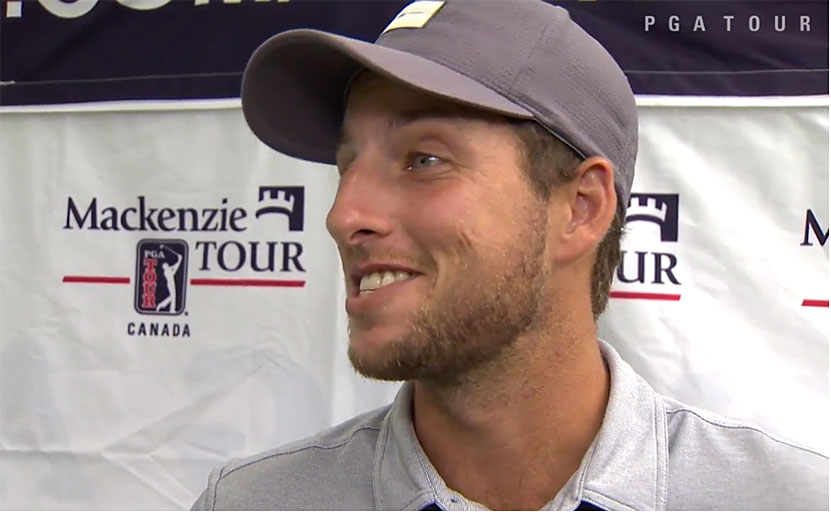 One of Clapp’s duties is to ensure the cows visit the robots regularly. “I really don’t have to milk them myself, I just have to do maintenance on these robots and make sure the cows go in every eight or 12 hours and the robot recognizes what number cow it is and it will go in there and do the milking for you,” Clapp says. “The robots have these little arms that swing under the cow and do the milking. It is quite cool.”

Getting the cows -- or his 'ladies', as Clapp calls them -- into the milking areas often requires some gentle persuasion. “It’s just a respect thing. They are very smart. They can understand your vibes. If you look at them, they know you are coming for them. But they're good. I am walking amongst them, pushing them along and petting them pretty much every part of my day.”

Clapp says the favourite part of his job is caring for the new-born calves. “I have 16 calves right now and the new ones are still looking to feed off their mom,” he says. “Once the mom is back to milking we have a bottle and an artificial teat that they are used to sucking on. So I have to feed them twice a day and make sure those calves stay alive and healthy.”

Some of the other parts of the job aren’t quite as enjoyable. “The cows sleep in a sand pit and I rake it out and make sure it’s nice and soft and, of course, shovel out all the poop and all the gross stuff like that. And then you have to deal with all the little problems that come up throughout the day.”

“I was disappointed because last year I didn’t achieve any of the goals that I set at the beginning of the year and I have said to a lot of my family that it was the first year I have actually felt like I regressed as a pro.”

Clapp hopes the hard work he is putting in at the dairy farm over the winter will help re-energize his golf career. “It is going to make me appreciate the game a little more and make me stay out there a little bit longer and put in those long days on the range,” says Clapp, who still gets plenty of practice in at Chilliwack Golf Club’s indoor facility.

“It’s not that I didn’t know it before, but it’s a nice reminder how hard it is to earn a buck doing the dirty jobs. It has added another level of appreciation to what I get to do as a golfer.”