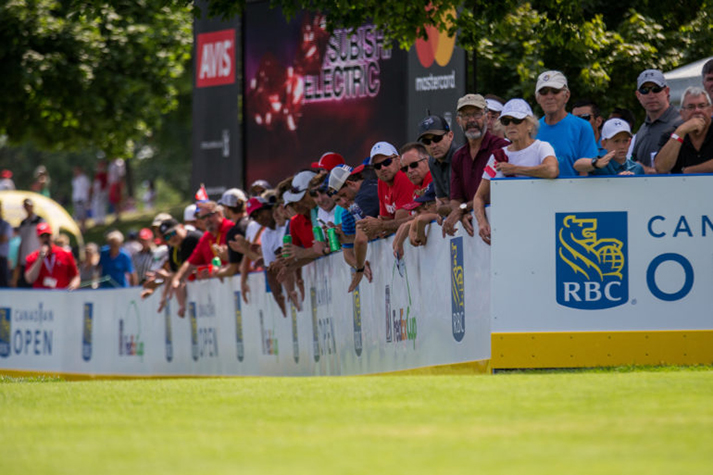 PONTE VEDRA BEACH, FLORIDA – The RBC Canadian Open was recently honoured at the PGA TOUR’s Tournament Meetings thanks to the success of its fan experience “The Rink”, earning a TOUR award for “Best in Class Element.”

“On behalf of the PGA TOUR, I am pleased to congratulate the RBC Canadian Open for this special recognition,” said PGA TOUR Chief Tournaments and Competitions Officer Andy Pazder. “The tournament committee should be extremely proud of its hard work and innovation in making the tournament the best among its peers on TOUR.”

For the past two years, the RBC Canadian Open transformed the par-3 seventh hole at Glen Abbey Golf Club into “The Rink,” a fan experience combining Canada’s most popular pastimes – golf and hockey.

The area was modelled after an ice hockey rink, complete with hockey boards lining the hole, upgraded bleachers and viewing decks, while featuring marshals dressed as referees. A net, puck and sticks were available for PGA TOUR players to test their hockey skills as part of Wednesday’s Championship Pro-Am.

In addition, several Team RBC Olympians and NHL players also made visits to “The Rink” throughout tournament week to greet fans, take photos and sign autographs. 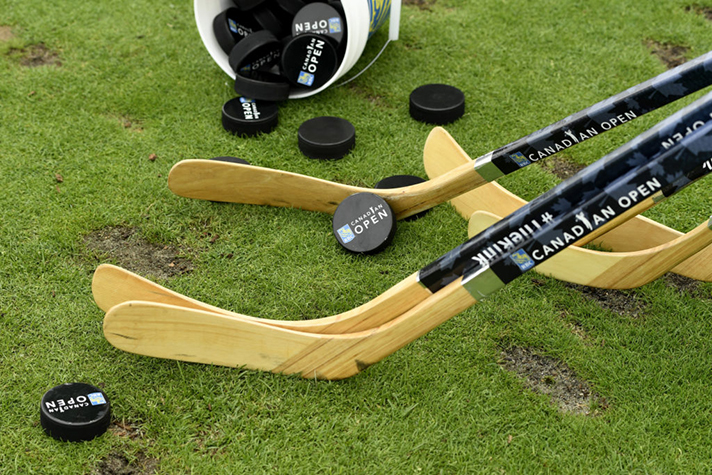 “From the beginning we felt integrating ‘The Rink’ into our Canadian-themed activation made a lot of sense and was a perfect extension of the fan experience at the RBC Canadian Open,” said Matt McGlynn, Vice-President, Brand Marketing, RBC.

“This recognition by the PGA TOUR is a testament to the hard work of everyone involved with the RBC Canadian Open, including fans, players, event volunteers, organizers and partners. Thanks to Golf Canada and the PGA TOUR for working with us to bring this Canadian tribute to life.”

Golf Canada, organizers of the RBC Canadian Open, credited the award to RBC and the collaboration between all event stakeholders.

“Feedback on ‘The Rink’ has been overwhelmingly positive and we are extremely proud that it’s been embraced as an institutional centrepoint for fan, player and partner engagement at the RBC Canadian Open,” said Bryan Crawford, RBC Canadian Open Tournament Director.

“Our partners, led by RBC, Steam Whistle, Levelwear and Golf Town, have brought the area to life and we’ve got great momentum heading to Hamilton Golf & Country Club in 2019 with this signature activation.”

Get your tickets today to kick-off summer at one of Canada’s premier sporting experiences – www.rbccanadianopen.com/tickets.