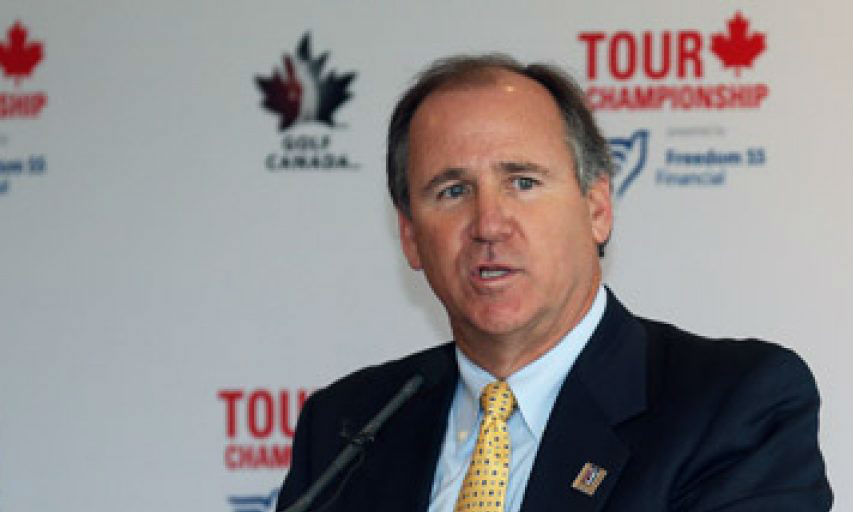 In 2012, Monday led exploratory efforts to determine the PGA TOUR’s role with the Canadian Tour, and he subsequently assumed the position of President when the TOUR agreed to assume operational control of the Tour starting with the 2013 season.

Monday has overseen significant growth of the Mackenzie Tour, with the schedule now including 12 official events with an average purse of $200,000 (CAD).

The Mackenzie Tour has also made an impact in the communities in which it plays, having donated $4.1 million (CAD) to charity since 2013, including more than $1 million in each of the last three years.

“Jeff Monday has made incredibly significant contributions to our business during his career at the PGA TOUR,” said PGA Commissioner Jay Monahan.

“Thanks to Jeff’s vision and leadership, establishing the Mackenzie Tour has been a cornerstone of our international growth over the last six years, and the Tour is set up to flourish well into the future. We can’t thank Jeff enough for his contributions and leadership over the last 30 years.”

He joined the TOUR in January 1988, leaving to oversee the American Golf Sponsors for five years before returning to TOUR employment in 1995.

“It has been my profound honor to work for the PGA TOUR for these last 30 years. My first thought has been about the great people I have met and the experiences I have had. To be in an environment where you provide competitive opportunities for players while seeing the positive impact these tournaments have in communities has been something very special, and I will always value and treasure my involvement with that,” said Monday.

“To work extensively on the PGA TOUR, PGA TOUR Champions, the Web.com Tour and, for the last seven years, the Mackenzie Tour has left me with a great appreciation for how many really good people there are in the golf world. It has been a true joy to be a part of this wonderful sport. I just feel so privileged and grateful.”

Rhinehart will serve as a Managing Director for several of the TOUR’s international business interests, including the Mackenzie Tour.

Prior to his stint overseas, Rhinehart was the executive director of the TOUR Championship in Atlanta with additional responsibilities with various World Golf Championships events and the Presidents Cup.

Pritchard will continue to be based in the PGA TOUR’s Canada offices in Toronto, Ontario.

As Vice President of the Mackenzie Tour, he will assume additional responsibilities overseeing tournament business affairs, marketing, sponsorships, and scheduling.

Pritchard is a veteran of the golf industry, having previously worked for the PGA of Canada in a number of roles from 2003 to 2011.

He joined the PGA TOUR in February 2012 after working at the Canadian Tour as Director of Business Development and Communications.

The Mackenzie Tour - PGA TOUR Canada is a series of tournaments played across Canada each summer, where tomorrow’s stars begin the path to the PGA TOUR.

The leading five money winners at the end of each season earn status on the Web.com Tour for the following year.

The Tour’s alumni include 31 PGA TOUR players and more than 190 Web.com Tour players since 2013.

The Mackenzie Tour’s mission is to deliver a PGA TOUR experience for its members, fans, volunteers and partners in order to develop the future stars of professional golf and enrich the communities it visits.