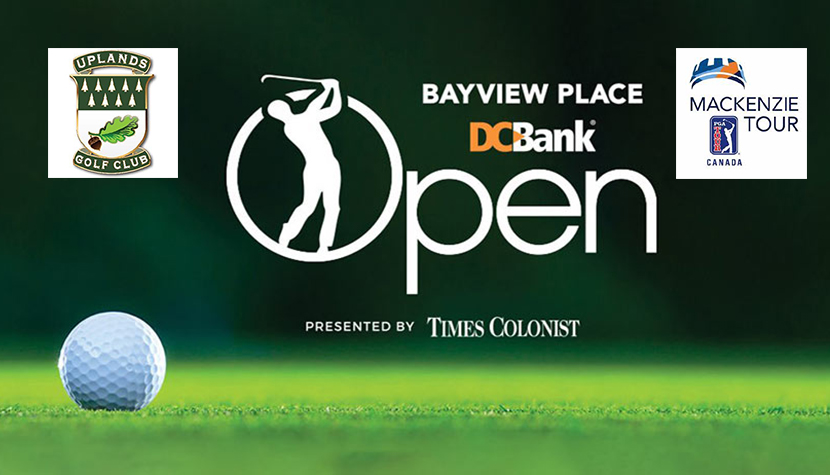 Officials handed out the inaugural award on November 20 during the PGA TOUR’s annual Tournament Meetings in Ponte Vedra Beach, Fla.

The Players Choice award was voted on exclusively by Mackenzie Tour - PGA TOUR Canada members and included a number of criteria, including personal experience, tournament volunteers, hospitality, community support and attendance and the golf course among other considerations.

“We would like to congratulate the members of the board of the Victoria Open Golf Society for all of their hard work. They are very deserving of this award, and we are happy to award it for the first time,” said Mackenzie Tour Vice President Scott Pritchard.

“The Bayview Place DCBank Open has made a conscious effort to improve its event year in and year out, and no better indicator of that is its charitable contributions over the last number of years. This year, the event contributed just under $200,000 for the Children’s Health Foundation of Vancouver Island. It’s a hallmark of this tournament to align itself with worthwhile charities.”

The Bayview Place DCBank Open is one of the Mackenzie Tour’s longest-running events, a tournament led by a diverse group of community leaders in Victoria, British Columbia. Murray Thomas, the long-term Tournament Director and member the Victoria Open Golf Society board, accepted the award on the tournament’s behalf.

The Bayview Place DCBank Open was one of 12 events on the 2019 Mackenzie Tour. Earlier this year, New Caledonia’s Paul Barjon won the tournament. He went on to win the Order of Merit and earn Player of the Year honours and has since advanced as a member of the 2020 Korn Ferry Tour.

The Mackenzie Tour will embark on its eighth season in 2020. It will announce its regular season schedule in the coming months.