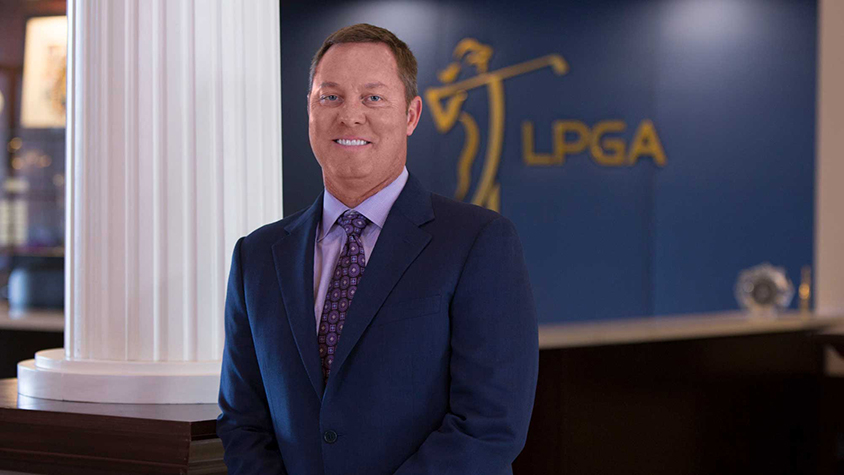 NAPLES, Florida — In 2020, for the first time in the history of the LPGA Tour, the world’s best female athletes will compete for a combined prize fund of US$75.1 million, which includes the fourth playing of the UL International Crown, and air on more than 500 hours of television, both true signs of the continued growth for the game’s global tour.

The 2020 LPGA Tour schedule will feature 33 official events across 11 countries and regions, with the most hours of television production in LPGA history, and at least seven tournaments that will air on network television.

Additionally, the UL International Crown, a unique biennial team event, will feature a US$1.6 million unofficial purse and showcase the best female golfers from the top eight countries across the globe. 2020 will also see the world’s top players head to Japan for the Summer Olympics, bringing the game into even more households around the world.

“As we close 2019 and move to 2020, I could not be more excited about what the future will bring for the LPGA Tour and the sponsors that support us,” said LPGA Commissioner Mike Whan.

“US$75.1 million in total purse. That number is a testament to the support we are receiving from sponsors and industry partners around the globe. As I enter my second decade as commissioner, we find ourselves in a new phase of the LPGA Tour. We’ve grown, but now we must flourish. We talk a lot about the next generation, but we will lift THIS generation. I know a lot of our fans understand the difference we are making for women’s golf in America, but they might be surprised to know about the impact our Tour is having all around the globe.”

The largest purse increase for the 2020 season comes at the KPMG Women’s PGA Championship. The purse for the season’s third major championship will grow to US$4.3 million, up US$450,000 from 2019. Additionally, the purse at the ANA Inspiration, traditionally the first major of each professional golf season, will increase to US$3.1 million, up US$100,000 from 2019 and the sixth consecutive year with a purse increase since ANA assumed title sponsorship in 2015.

As previously announced, the 2020 LPGA Tour season will include two new events in Florida, making it four tournaments for the Sunshine State. The Gainbridge LPGA at Boca Rio will be held Jan. 23-26 at Boca Rio Golf Club in Boca Raton, one week after the season-opening Diamond Resort Tournament of Champions presented by Insurance Office of America in Lake Buena Vista.

Four months later, the Tour will return to the Sunshine State for the Pelican Women’s Championship presented by DEX Imaging, to be held May 14-17 at Pelican Golf Club in Belleair. Finally, for the seventh consecutive year, the LPGA Tour will end its season in Naples at the CME Group Tour Championship, a competition that awards the winner with US$1.5 million, the largest single prize in women’s golf history.

2020 will also see the return of the Blue Bay LPGA, which was not conducted in 2019 to transition the competition into a Spring time slot. The tournament in the People’s Republic of China will now be held March 5-8 as part of the LPGA Tour’s Spring Asia Swing, following stops in Thailand and Singapore. 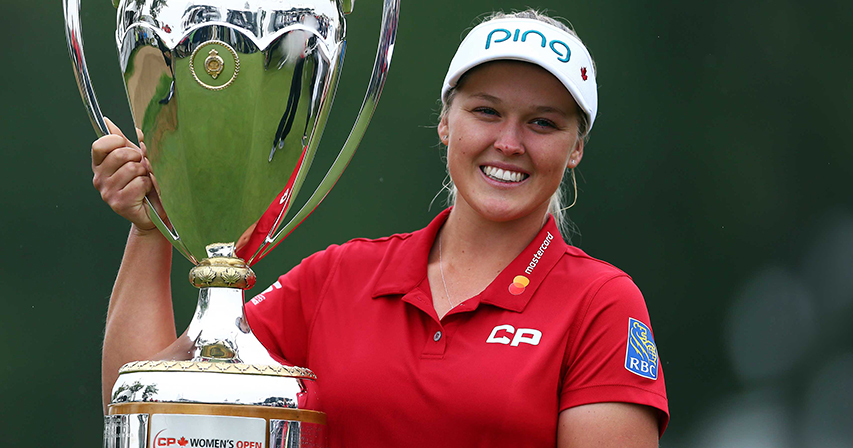 The major season will kick off in Rancho Mirage, Calif., with the ANA Inspiration celebrating its 49th year on the Dinah Shore Tournament Course at Mission Hills Country Club. The U.S. Women’s Open, conducted by the USGA, will visit Champions Golf Club in Houston, Texas, while the KPMG Women’s PGA Championship will be held at Aronimink Golf Club in Newtown Square, Pa.

In early August, between the Evian Championship and the Aberdeen Standard Investments Ladies Scottish Open, the LPGA Tour will go on hiatus to accommodate the 2020 Olympic Games in Japan. The women’s golf competition will be held Aug. 5-8 at Kasumigaseki Country Club, located 40 miles outside Tokyo.

Qualifying for the 60-player field ends following the KPMG Women’s PGA Championship, with the top 15 players in the Rolex Women’s World Golf Rankings automatically qualifying for the Games (no more than four players per country). The remaining spots will be awarded to the highest-ranked players from countries that do not already have two qualified players. Weekly Olympic golf rankings are posted every Monday on the International Golf Federation website.

The 2020 UL International Crown will be held Aug. 27-30 at Centurion Club, located outside of London, England. Spain won the inaugural competition in 2014, with the United States winning in 2016 and the Republic of Korea winning in 2018.

The 2020 LPGA Tour season will again feature three season-long races. In its second year, the Aon Risk Reward Challenge will award US$1 million to the players on the LPGA and PGA Tours who best navigate risk across the season’s most strategically challenging holes. Carlota Ciganda captured the inaugural title on the LPGA Tour, while Brooks Koepka won on the PGA Tour.

For the third consecutive year, the LEADERS Top-10s competition will award US$100,000 to the player with the most top-10 finishes, with Ariya Jutanugarn (2018) and Jin Young Ko (2019) earning the first two awards. Finally, the Race to the CME Globe will see the top 60 players following the season’s penultimate event heading to the CME Group Tour Championship with the opportunity to win the US$1.5 million winner’s cheque.

While the overall TV schedule is still being finalized, the 2020 LPGA Tour will see 500 global hours of broadcast coverage, including at least seven events aired on network TV. The Tour will be televised in more than 175 countries and in more than 500 million households.

The Symetra Tour, which is celebrating its 40th season, is still finalizing a schedule that will include at least 20 events for players on the LPGA Tour’s Official Qualifying Tour. Earlier this year, the Symetra Tour announced that the Circling Raven Championship, the first new event of the 2020 campaign, will be held at Circling Raven Golf Club at Coeur d’Alene Casino Resort and Hotel in Worley, Idaho. Since Symetra’s inaugural sponsorship year in 2012, the Symetra Tour has grown from 16 tournaments and US$1.7 million in prize money to a record US$4 million awarded over the course of 23 tournaments in 2019.

2020 will see a date change for the Senior LPGA Championship presented by Old National Bank. After three years in October, the tournament will move to July 30-Aug. 1, but will remain at the Pete Dye Course at French Lick (Ind.) Resort.

Additionally, the LPGA’s Q-Series presented by Blue Cross Blue Shield of North Carolina, the two-week qualifying tournament that replaced Stage III of Q School, will be held Oct. 19-31 in Pinehurst, N.C., while the LPGA T&CP National Championship will be held Aug. 31 to Sept. 2 at Reynolds Lake Oconee Golf Course in Greensboro, Ga.