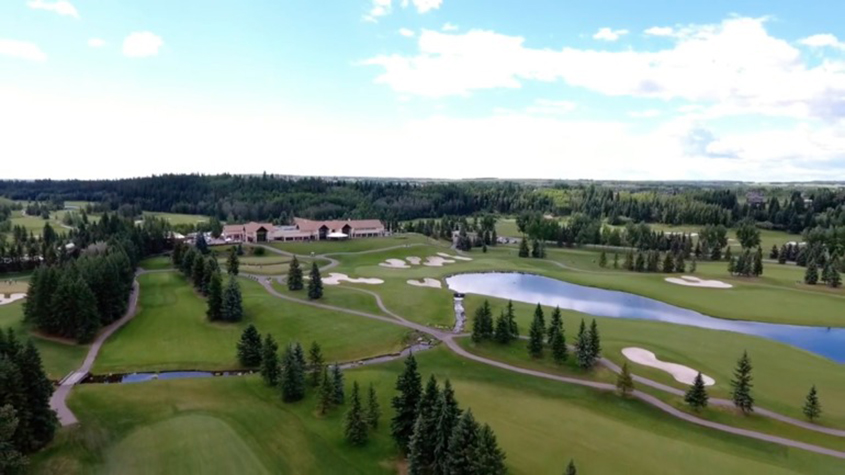 CALGARY – The Glencoe Invitational will be celebrating its 25th anniversary in 2020 and as part of its commitment to grow the event, the stellar invitational golf tournament will add a female competition to its schedule when it tees off June 15-20 at The Glencoe Golf and Country Club.

The event’s organizers announced it will welcome North America’s best current and aspiring female amateur and professionals in addition to male amateur golfers from across North America for the first time ever in June during a press conference Dec. 16, 2019.

The tournament will be designed for both women and men to play The Glencoe Forest course at the same time in alternating groups for 54 holes with no cut. The tournament will include a maximum of 50 players in the men’s event and 30 players in the first year of the women’s event – comprised of 20 professional and 10 amateurs. The plan is to build to 50 men and 50 women within the next three years.

The men’s amateurs will be competing for the top-three titles, the women amateurs will be competing for the title of “Champion” and “Runner-Up” and the female professionals will battle for a $25,000 purse that will be distributed amongst the top-four finishers. The winner will receive $15,000 for first, while $6,000 will be presented to the runner-up.

“As we look to celebrate the 25th anniversary of the tournament, the time is right to welcome female divisions to the Glencoe DCBank Invitational,” said Tournament Director Dale Goehring. “This fills a void in women’s golf for elite amateurs and professionals. All the foundational elements were in place to build upon the success of this tournament and create a first of its kind in North America.”

“On behalf of the members and staff of The Glencoe Golf & Country Club, we are very supportive about adding the new female divisions,” said Ash Chadha, General Manager. “The Forest course will be a great test for both men and women in the new integrated event. We are very excited to host this unique annual event which will help grow the game.”

Calgary’s Jaclyn Lee, a member of Golf Canada’s Young Pro Squad, was on hand to help make the formal announcement. 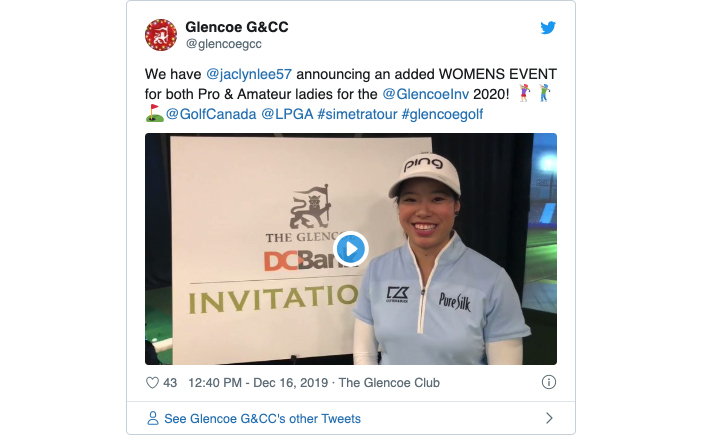 Further information regarding the Glencoe DCBank Invitational can be found at www.glencoeinivitational.com.

The Glencoe Golf and Country Club will also play host to the 116th playing of the Canadian Men’s Amateur Championship in Aug. 3-6, 2020.