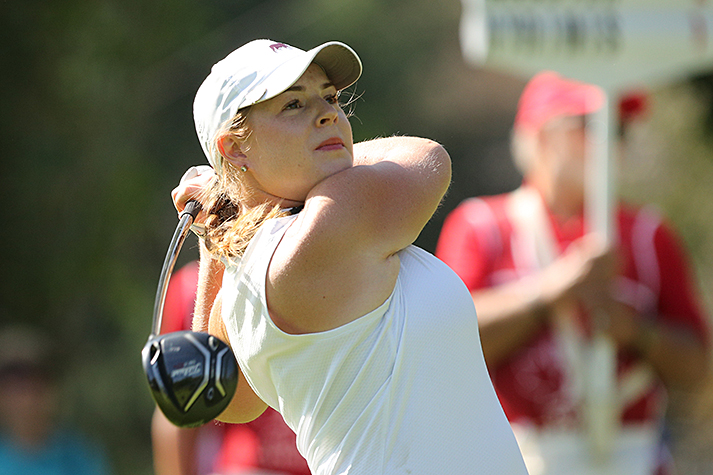 Vancouver's Nonie Marler Won The Ontario Women's Mid-Amateur And Will Be In The Field At The B.C. Women's Amateur/Mid-Amateur Later This Month - Photo Courtesy PNGA

In a normal year, Merritt’s Roger Sloan would be playing for his PGA TOUR life at this week’s regular-season finale, the Wyndham Championship in Greensboro, N.C. Of course, this year has been anything but normal and Sloan has nothing to worry about.

When the PGA TOUR was forced to take a lengthy hiatus this spring due to COVID-19, it decided that players would retain their current status through the end of the 2020-21 season.

That was good news for Sloan, who enters the Wyndham Championship at No. 178 on the FedEx Cup points list. He’d need a huge week to move into the top 125 and qualify for the playoffs which begin the following week.

Abbotsford products Adam Hadwin and Nick Taylor are taking the week off and will not compete in Greensboro. Both have comfortably qualified for the playoffs. Taylor, who missed the cut at the PGA Championship, stands 35th on the FedEx Cup points list. Hadwin tied for 58th at the PGA and stands 41st on the points list.

UNHAPPY CAMPER: Hadwin was far from thrilled with his finish at the PGA Championship at TPC Harding Park, where he closed with a three-over 73 Sunday to finish at two-over par. “It was a pretty classic case of the way my season has gone,” Hadwin told Bob Weeks of TSN. “I’m not hitting it well enough to get anything going. It’s extremely frustrating.”

OFF TO IDAHO: Surrey’s Adam Svensson tied for 22nd at the Korn Ferry Tour’s WinCo Foods Portland Open at Pumpkin Ridge Golf Club. Svensson’s four-under total was seven shots behind winner Lee Hodges of Huntsville, Ala. Svensson and Vancouver’s Stuart Macdonald, who missed the cut in Portland, are both in the field for this week’s Albertson’s Boise Open in Idaho.

The Juvenile Championships are open to players aged 16 and younger. Last year’s juvenile winners Alyssa Chang of Surrey and Leo Harper of Burnaby are no longer age-eligible. But Chang will be in Cowichan to compete in the Junior Girls competition, which is open to players aged 18 and under. The 54-hole competitions run Tuesday through Thursday at Cowichan.

WILLIAMS FOURTH: Vancouver’s Ryan Williams tied for fourth at the Arizona Open played at Superstition Mountain Golf Course in Gold Canyon, Ariz. Williams shot rounds of 66, 67 and 69 to finish at 14-under par. That was four shots behind winner Yannik Paul of Phoenix. Former B.C. Junior champion Riley Wheeldon of Comox tied for 26th at eight-under.

CHIP SHOTS: Cindy Soukoroff, head pro at St. Eugene Golf Resort in Cranbrook, was one of 17 individuals named to the PGA of Canada’s Diversity & Inclusion Task Force, which was created to advance equity, inclusion and diversity across the Canadian golf landscape. . .Homestead Farms in Lynden, Wash., has informed its British Columbia members that their 2020 memberships will be honoured for the 2021 season. With the border closed, British Columbians haven’t been able to get to the course.