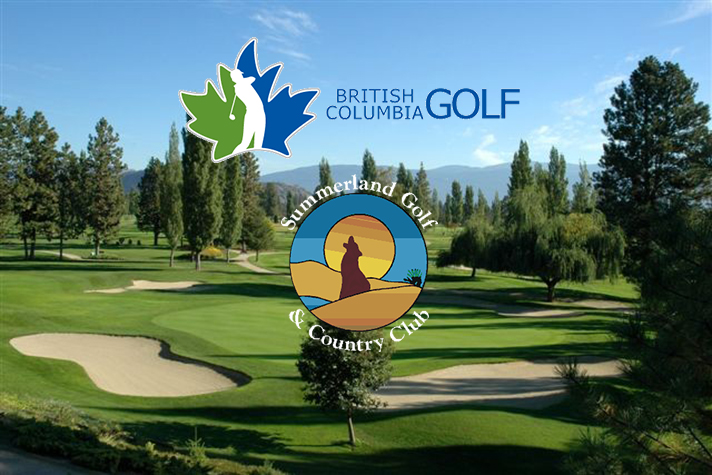 A new champion will be crowned as Vancouver’s Michelle Liu, who at age 13 became the youngest winner of the championship last summer at Campbell River Golf Club, is not defending her title.

It would not be surprising to see another teenage winner hoist the Flumerfelt Cup as the field includes several top junior players.

Competitors will face a Summerland course with two very distinct nines that General Manager/Head Professional Jason Sweeney feels will offer players a fair challenge. The front nine is more open and less punishing for shots that stray slightly off target. There is less margin for error on the tighter back side and some elevation change.

“More people would remember the back nine,” Sweeney says. “It has some memorable holes, a little more target golf than just firing away at it on the front nine.”

The rough at Summerland, while not long, is still fairly thick as we head into the summer. “The rough is definitely more penalizing through the end of June than it would be in July and August so hitting fairways is much more important at this time,” Sweeney says.

“The rough is definitely not long at one and three-quarter inches, but the ball tends to sit down in it and it does affect spin and the type of shot you can play out of it. As the summer goes on, obviously we get some big heat out here, the rough becomes less and less important and the course plays more fast and firm.”

The course will be set up to play between 6,000 and 6,200 yards. Sweeney expects it to present a good test, but would not be surprised to see some low scores. “The green complexes are interesting enough and the rough is challenging enough that if you are not hitting fairways it is going to be more difficult,” he says. “It looks like the weather conditions are going to be perfect so I think we’ll see some good scores.”

Summerland, like so many courses in B.C., is setting records for rounds played this year. It’s a semi-private course with more than 650 members that also gets plenty of public play. “We have gained a lot of members in the last 18 months,” Sweeney says

“We have 650-plus members and shockingly we have been able to grow our membership and still grow green-fee traffic, so we have had a really good solid run here for last 18 or 24 months. Last year we did 43,000 rounds and we are going to be over 50,000 rounds this year on an eight-month season. So it’s a very busy place.”

Recently, a full service range has been added to the facility and renovations have been done to the clubhouse, including a new open-air covered deck. Sweeney says he had no trouble finding 40 volunteers among his membership to help out at the Women’s Amateur.  “Our members have a lot of pride in the place,” he says.

“A lot of them might have been doing rock-picking and other things years ago in order to get the course to where it is now. Obviously it has come a long way in the last 15 years. It was a small-town operation before, but it is now run like a business and has seen some successes the last number of years.”

Please click HERE to see the Tournament Page including a link to scoring.