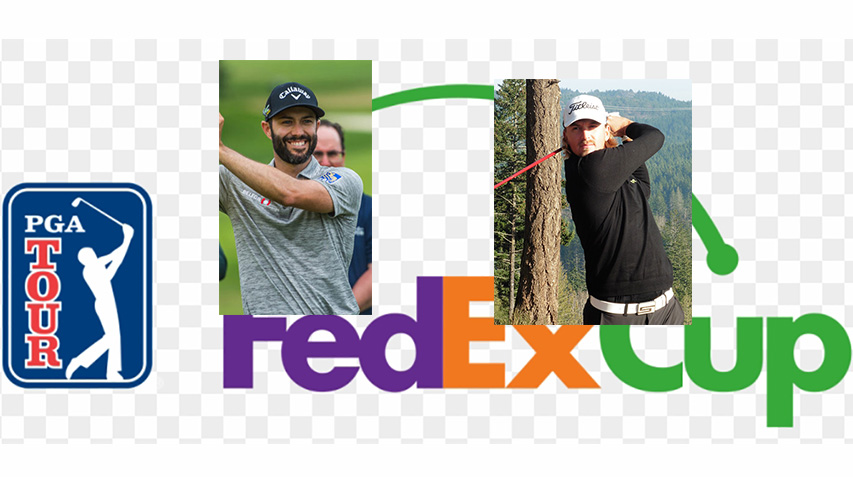 Nick Taylor isn’t sweating, but a couple of other British Columbians are definitely thinking about their futures as the clock ticks on the PGA TOUR’s regular season.

Merritt’s Roger Sloan sits well outside the top 125 on the FedEx Cup points lists, while Abbotsford’s Adam Hadwin is just barely inside the magic number following play this past week. Hadwin missed the cut at the Open Championship at Royal St. George’s and fell to 120th on the points list. He needs to finish inside the top 125 to retain his full exempt status for the 2021-22 season.

Taylor tied for 67th at the Barbasol and stands 144th, but remains exempt next year thanks to his win at the 2020 Pebble Beach Pro-Am. Sloan and Hadwin have three regular-season events remaining -- this week’s 3M Championship in Blaine, Minn. , the Barracuda Championship in Truckee, Calif., and the season-ending Wyndham Championship in Greensboro, N.C.

Neither has qualified to play in the lucrative World Golf Championships-FedEx St. Jude Invitational in Memphis, which is held opposite the Barracuda Championship.

NO WORRIES: Surrey’s Adam Svensson has no such worries. He has clinched his PGA TOUR card for next season and continues to play well on the Korn Ferry Tour. Svensson tied for 18th at the Memorial Health Championship in Springfield, Ill. He remains 10th on the Korn Ferry Tour’s points and officially clinched his PGA TOUR card earlier this month. Vancouver’s Stuart Macdonald tied for 49th and moved up one spot to 61st on the points list. Macdonald and Svensson are both in the field for this week’s Price Cutter Charity Championship in Springfield, Mo.

SENIOR MOMENT: Shelly Stouffer of Nanoose Bay will defend her B.C. Senior Women’s Championship this week at Revelstoke Golf Club. Other past champions in the field include Jackie Little, Alison Murdoch, Karen Pultz and Phyllis Laschuk. Murdoch will also be defending the Super-Senior title she won last year at Campbell River Golf Club. The 54-hole event runs Tuesday through Thursday.

AMATEUR HOUR: The 54th Pacific Coast Amateur Championship goes this week at Chambers Bay near Tacoma, Wash. Tristan Mandur of Duncan and the Coquitlam duo of A.J. Ewart and Henry Lee will represent British Columbia in the Morse Cup team competition. Victoria’s Nolan Thoroughgood is the other British Columbian in the field. This year’s Pacific Coast Amateur was originally scheduled for Royal Colwood Golf Club in Victoria, but was moved to Chambers Bay due to COVID 19 travel restrictions.

B.C. STRONG: The Forme Tour resumes this week after a two-week break. Chris Crisologo of Richmond, Riley Wheeldon of Comox, Jared du Toit of Kimberley, James Allenby of Langley, Callum Davison of Duncan and Lawren Rowe of Squamish are all in the field for the Bolingbrook Golf Club Invitational in Illinois. It’s the third of eight events on the Forme Tour this summer.

A REAL MOUTHFUL: The Victoria stop on the Mackenzie Tour has a new co-title sponsor and now has one of the longest names in professional golf. The Reliance Properties DCBank Open presented by the Times-Colonist goes Sept. 30-Oct. 3 at Uplands Golf Club.

NO PLACE LIKE HOME: Amateur Ryan Stolys used his home course advantage to top the field at the Vancouver Golf Tour’s Meadow Gardens Open in Pitt Meadows. Stolys shot rounds of 63 and 68 to finish at 13-under par. Bryce Barker of Vernon Golf Club topped the pro field with a score of 10-under and took home first-place money of $3,000.