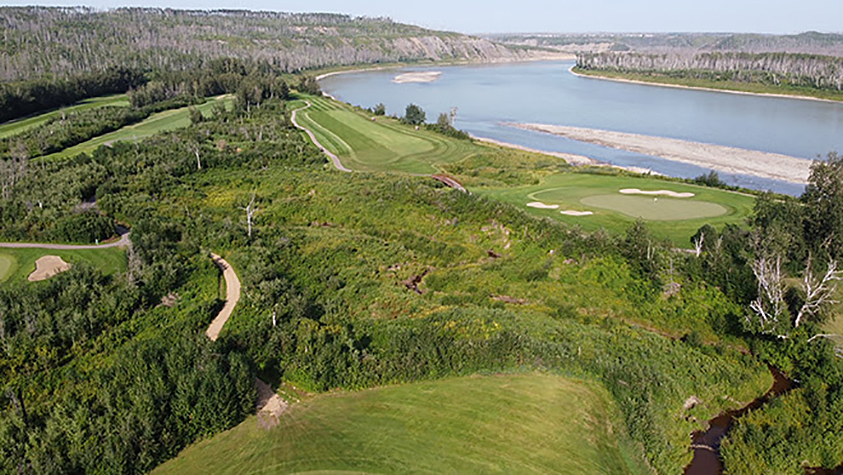 FORT MCMURRAY, Alta. –  The top Canadian men’s amateur golfers over the age of 25 will head to Fort McMurray, Alta., for this year’s Canadian Men’s Mid-Amateur Championship at Fort McMurray Golf Club from Aug. 24 – 27.

The 122-player field includes two retired NHL players, Max Reinhart and Michael Cammalleri. Reinhart, brother of current Florida Panthers winger Sam Reinhart, played 23 games for the Calgary Flames between 2012 and 2015. He played in the 2019 B.C. Mid-Amateur and Mid-Master Championships at Ledgeview Golf and Country Club in Abbotsford, B.C., where he finished tied for fifth.

Cammalleri spent 17 seasons in the NHL between 2002 and 2018 where he played in 906 games, racking up 294 goals, 642 points and 425 penalty minutes. The 39-year-old most recently was in the field for the Canadian Men’s Amateur Championship at Ambassador Golf Club in Windsor, Ont.

Charles Fitzsimmons of London, Ont., is the highest ranked amateur in the field at No. 1247 on the World Amateur Golf Ranking (WAGR). Fitzsimmons finished third at the 2019 Canadian Men’s Mid-Amateur Championship and has also finished in the top 5 at the previous three national championships.

Other notables in the field that finished in the top ten at the 2019 Canadian Men’s Mid-Amateur Championship include Mike Aizawa (Richmond, B.C.) at 5th, David Lang (Toronto) at 6th, and Ryan Sevigny (Ottawa, Ont.) at 9th.

“We are thrilled to bring this talented field to Fort McMurray Golf Club,” said Adam Cinel, tournament director with Golf Canada. “The Mid-Amateur is a great opportunity for Canadian amateurs to find success and compete on a national stage. The club has worked tirelessly to have the course in pristine condition and the challenging layout will be sure to draw out some exciting competition.”

Nestled along the banks of the Athabasca river, the Fort McMurray Golf Club is ranked one of the must play golf courses in Alberta by The Edmonton Sun. The 27-hole facility features a variety of shots both over valleys and creek beds along with large greens of varying degrees of undulation.

The Canadian Men’s Mid-Amateur Championship is a 72-hole stroke play event, with a 36-hole cut to the low 70 players and ties. In the event of a tie at the end of four rounds, there will be a hole-by-hole playoff immediately following completion of 72-holes. The Mid-Amateur division will run concurrently with the Mid-Master division for players 40 and older. The Mid-Amateur champion will earn an exemption into the 2022 Canadian Men’s Amateur Championship.

Previous winners of the tournament include Canada’s top-ranked men’s amateur golfer and NHL referee Garrett Rank of Elmira, Ont., who won the event three years in a row between 2014 and 2016; Graham Cooke who won it seven times between 1987 and 2002; and Stu Hamilton who won it on four separate occasions between 1990 and 1994.

Click here for the full field and tournament information.

Charles Fitzsimmons (London, Ont.)
Fitzsimmons is currently ranked at No. 1247 on the World Amateur Golf Rankings, and once had a career high ranking of No. 301. He played on Western University’s Men’s Golf Team for 12 seasons between the 2006 and 2018 seasons. In 2019, he won the Ontario Men’s Mid-Amateur Championship, and finished third at the Canadian Men’s Mid-Amateur Championship.

GOLF CANADA AMATEUR CHAMPIONSHIPS
Golf Canada annually conducts more than 20 championships nation-wide which play host to more than 3,000 domestic and international athletes from all corners of the world. In partnership with our host clubs, thousands of volunteers, provincial golf associations and our proud sponsors, Golf Canada is dedicated to supporting player development through world-class competition since our inception in 1895. Officiated by certified Canadian Rules of Golf officials, Golf Canada’s amateur competitions are fully compliant with golf’s international governing bodies and include marquee events such as the Canadian Men’s and Women’s Amateur Championships as well as the Canadian Junior Girls and Junior Boys Championships. Golf Canada’s amateur championships are proudly supported by RBC, Canadian Pacific, Sport Canada, Levelwear, Titleist and FootJoy. For more information and scheduling visit  www.golfcanada.ca/competitions-calendar.

GOLF CANADA
Golf Canada is the National Sports Federation and governing body for golf in Canada representing 271,000 golfers and 1,400 member clubs across the country. A proud member of the Canadian Olympic Committee, Golf Canada’s mission is to increase Canadian participation and excellence in golf. For more information about what Golf Canada is doing to support golf in your community, visit www.golfcanada.ca.