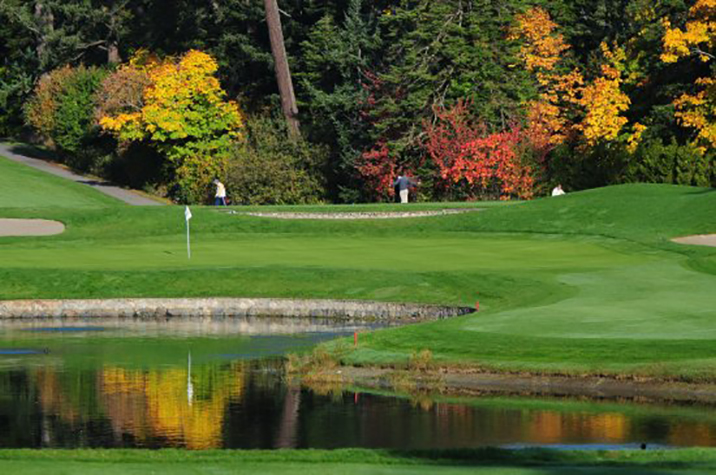 VICTORIA -- Courtenay’s John Robertson had a nice B.C. Amateur Championship, where he tied for fifth at Storey Creek Golf Course in Campbell River earlier this summer. He’s hoping for an even better B.C. Mid-Amateur Championship.

Robertson got off to a great start Tuesday, firing a three-under 69 at Gorge Vale Golf Club in Victoria to grab the first-round lead in the Mid-Am. The 50-year-old, who plays out of Crown Isle Golf Resort, had four birdies and just one bogey in his round.

Gorge Vale presented a tough test Tuesday as a steady breeze dried out the course and firmed up the greens, which were lightning fast. Robertson, a former pro who regained his amateur status about three years ago, leads Victoria’s Craig Doell by two shots.

Brent Wilson of Cobble Hill and Ryan Lloyd of Langley are tied for third after both shooting even-par 72s in the competition for players aged 25 and older. Defending champion Dan Swanson of Abbotsford opened with a four-over 76.

Alyssa Herkel of Victoria leads the Women’s Mid-Am competition after opening with a four-over 76 on her home course. Herkel, a 32-year-old who played collegiate golf at the University of Victoria, has a four-shot lead over former UBC Thunderbird Ally Kirk-Owen of Squamish. Jennie Carson of Victoria is another shot back in third place.

A Mid-Master competition for players aged 40 and older is being held in conjunction with the Mid-Amateur. Robertson leads that championship on the men’s side, while Diane Mcfarlane of Surrey leads the women’s competition. Mcfarlane shot an 84 Tuesday and has a one-shot lead on Candice Chan of Richmond and June Zhang of Coquitlam.