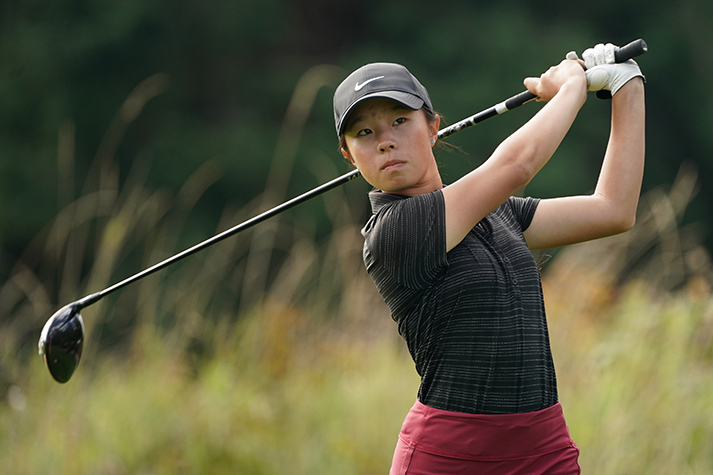 WEST KELOWNA — A two-under 70 has Victoria’s Chelsea Truong in the lead after the first round of the B.C. Juvenile Girls  Championship at Shannon Lake Golf Club in West Kelowna.

Truong, who tied for second at last summer’s Juvenile Girls’ tourney, had five birdies in her round Tuesday, along with one bogey and one double-bogey. She has a four-shot lead on Amy Lee of Langley and June Hsiao.

The 54-hole tournament runs through Thursday and is being run concurrently with the B.C. Juvenile Boys Championship. Both tournaments are open to players aged 16 and younger.

Jerry Li of Vancouver and Manpreet Lalh of Nanaimo both opened with even-par 70s and lead the Juvenile Boys  Championship by one shot over Samuel Kurytnik of Nanaimo, Max Osten of Delta and Tim Hachey of Osoyoos.