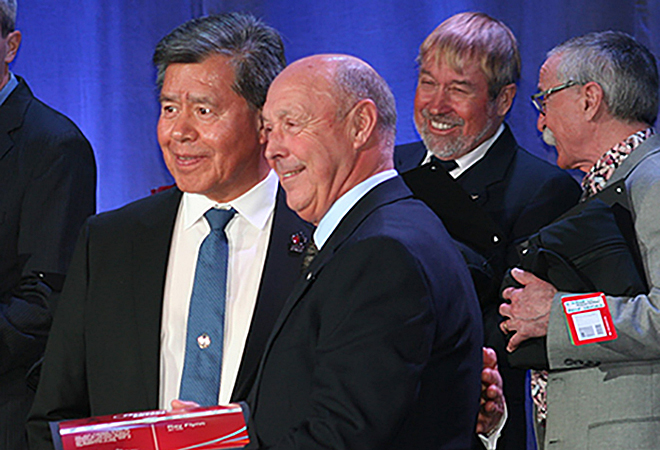 Chilliwack's Ray Flynn Receives The Presidents Award For His Volunteer Work In Golf At The 2019 Sport BC AOY Awards. On His Left Is British Columbia Golf Past President, Patrick Kelly

The Distinguished Service Award recognizes volunteers who have made a significant contribution to amateur golf at the club, zone or provincial level. A maximum of two volunteers are honoured each year.

On June 8th of 2017 Alice Samworth (Below, Middle) was recognized with the Distinguished Service Award in a special ceremony held at the BC Golf House Museum attended by many of her friends, peers and members of British Columbia Golf as well as BC Golf Museum president Ann Warrender and curator Michael Riste. 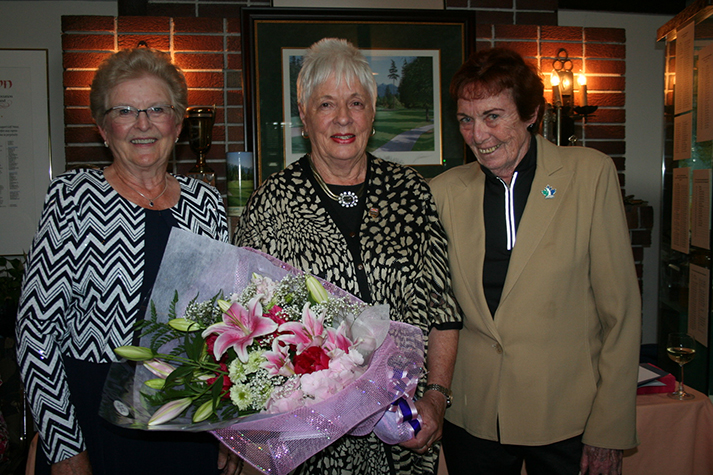 The Volunteer Recognition Awards recognize volunteers who have made a significant contribution to amateur golf at the club or zone level. A maximum of 16 volunteers (two per zone) are honoured each year. View the list of past recipients.

Samples of past nomination forms

Players who compete in their zones throughout the province are recognized for accomplishments in various competitions. Women's Programs include both Zone & Provincial Pin rounds.

The Zone 6 Pin and BC Provincial Pin Winner in 2022 is Peggy Chalmers (pictured below) of Winchelsea Golf Club in Lantzville, BC. Congratulations Peggy! 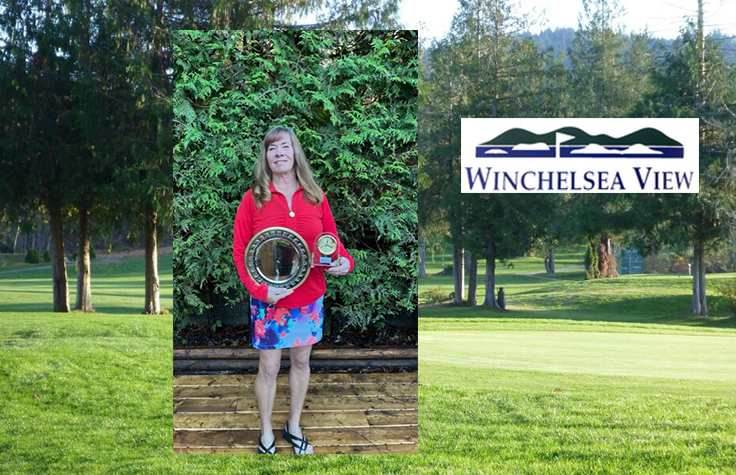