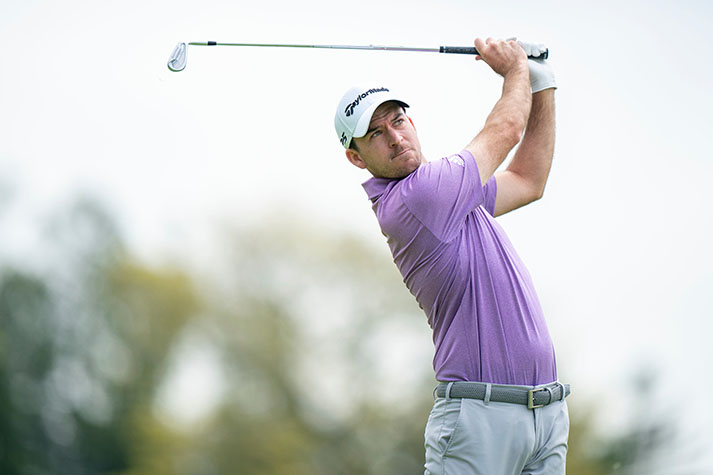 Abbotsford’s Nick Taylor is heading back to the U.S. Open and will have some British Columbia company as Roger Sloan of Merritt also advanced from a final qualifier in Dallas.

With 13 spots up for grabs at the Dallas site, Taylor tied for sixth at nine-under par in the 36-hole qualifier. Sloan had to do some extra work.

He had to survive a six-man playoff for the final two spots after tying for 12th at seven-under. Sloan birdied the second playoff hole after sticking a wedge from 102 yards to three feet.

Abbotsford’s Adam Hadwin was not as fortunate. He was involved in that same playoff, but failed to advance. Hadwin did gain first alternate status, however, and could still draw into the tournament. Sloan will be making his U.S. Open and major championship debut when the U.S. Open is played June 16-19 at The Country Club in Brookline, Mass.

BC's Roger Sloan Will Make His U.S. Open Debut At The Country Club in Brookline, Mass.

Richmond’s Chris Crisologo, who advanced from a local qualifier at Devil’s Pulpit near Toronto last week, failed to advance from the Dallas site.

COURSE CLOSED: Talking Rock Golf Course near Chase is closed until further notice following a fire Sunday morning that destroyed much of the Quaaout Lodge at the resort. The portion of the lodge building that houses the golf course pro shop and restaurant was spared, but a section of Quaaout Lodge containing 70 rooms was completely destroyed. There were no reported injuries. 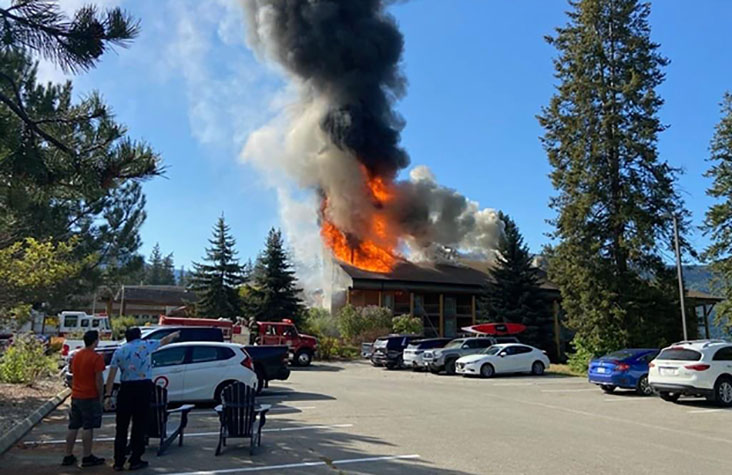 The Quaaout Lodge Engulfed In Flames. Fortunately No Injuries Were Reported

The golf course, which is owned by the Little Shuswap Indian Band, had this to say on Twitter: “Kukstsémc (thank you) to everyone for the outpour of support and help today with the fire. A special thank you to the first responders, and staff on site. We are very fortunate to be part of such an amazing community. “Our Lodge and Golf Course will be closed until further notice, and we will be providing more updates through our social media in the coming days.”

FINAL FIVE: Coquitlam’s A.J. Ewart is one of five finalists for the NCAA Division II Jack Nicklaus National Player of the Year Award. The winner will be announced on June 5 at Muirfield Golf Club in Dublin, Ohio and presented by Jack Nicklaus during the first round of the Memorial Tournament.

The other nominees are Beck Burnette of Lee University, Charles Delong of Grand Valley State, Jake Doggett of Midwestern State and Austin Fulton of West Georgia. Ewart had a brilliant junior season at Barry University in south Florida. 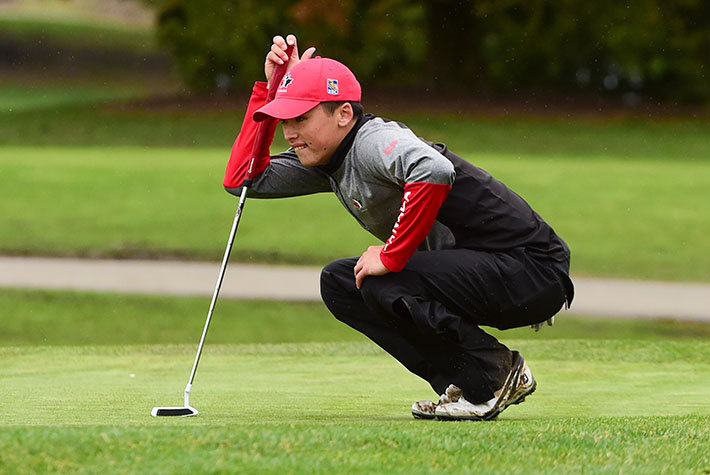 He won five tournaments and lost a playoff in two others. He is currently the top-ranked player in NCAA Division II. Last week, Ewart tied for 11th in the 54-hole stroke-play competition at the NCAA Division II national championship tourney in Dearborn, Mich. Barry was among eight teams that advanced to match, play but lost in the first round to the eventual winners, Lee University of Cleveland, Tenn.

TOUGH FINISH: A positive start and a disappointing finish. That best describes the performance by UBC’s men’s team at the NAIA Championships in Silvas, Ill. The sixth- seeded Thunderbirds were even par through 36 holes and in contention. But UBC played the final two rounds 27-over par and finished in eighth place, 33 shots behind the winners, Keiser University of south Florida.

The University of Victoria, which entered the tournament unseeded, finished in 16th place at 41-over par. UBC’s top performer was Aidan Schumer, who tied for 13th at one-over par. Victoria’s John Morrow also tied for 13th. UBC and Victoria are both competing in this week’s NAIA Women’s Championships in Oklahoma City.

ON TO NATIONALS: Duncan’s Tristan Mandur and his University of Utah Utes have advanced to the NCAA Championship tourney. The Utes grabbed the fifth and final spot at the NCAA Regional tourney in Norman, Okla. It is the first trip to the national championships in 34 years for the Utes. Mandur, the 2020 B.C. Amateur champ who is in his final year at Utah, tied for 28th in the individual competition at three-over par. The NCAA Championship goes May 27-June 1 at Grayhawk Golf Club in Scottsdale, Ariz.

TULSA TOUGH: Abbotsford’s Adam Hadwin finished his PGA Championship with a birdie, but like so many others in the field struggled at Southern Hills Country Club in Tulsa, Okla. Hadwin closed with a three-over 73 and finished tied for 71st at 12-over par. Hadwin simply did not drive the ball consistently enough at Southern Hills.

He hit the fairway with only 50 per cent of his tee shots and too often found himself playing from Southern Hills’ penal rough. He made $24,400. The PGA TOUR visits Texas this week for the Charles Schwab Challenge at Colonial Country Club in Fort Worth. Abbotsford’s Nick Taylor and Adam Svensson of Surrey are both in the field. Jason Kokrak is the defending champion.

They all get a spot in the final qualifier, which goes Monday, June 6 at Oakdale Country Club. Seventy-six players teed it up at Meadow Gardens. A minimum of 100 players were needed for the winner to earn a direct entry into the Canadian Open.

DRIVE FOR FIVE: British Columbia will attempt to make it five straight wins at the North Pacific Junior Ladies Team Matches, which go May 28-29 at The Home Course in Dupont, Wash. The annual competition that features junior teams from B.C., Washington, Oregon and Idaho has not been played since 2019 due to COVID-19. The B.C. team includes four national junior team members in Angela Arora of Surrey, Yeji Kwon of Port Coquitlam, Luna Lu of Burnaby and Martina Yu of Coquitlam, as well as Tina Jiang of Richmond and Katherine Hao of Burnaby.

PARRY PREVAILS: Bryn Parry of Seymour Creek in North Vancouver shot a four-under 68 and beat Steven Lecuyer of Vancouver Golf Academy by one shot to win a G&G Tour event at Pitt Meadows Golf Club. Parry earned $800 for the win. Nate Ollis of Cordova Bay shot a three-under 67 to win a Vancouver Island Club Professional event at Morningstar in Parksville.

The course had been set up as par 70 due to wet conditions. Ollis earned $530. Dennis Bradley of Copper Point Golf Club birdied the fourth playoff hole to win a Kootenay Pro Tour event at Copper Point. Bradley and Bradley Gagnon of The Springs at Radium both shot even-par 72. Bradley took home $480 for the win.

CHIP SHOTS: The PGA Tour Latinoamerica circuit resumes this week with the Jalisco Open in Guadalajara, Mexico. Coquitlam’s Henry Lee and Ziggy Nathu of Richmond are both in the field. . .Simon Fraser University freshman Bailey Bjornson of Surrey has been named to the NCAA Division II Ping All-West Region team. . .Dallas Jones of Ladysmith advanced at a U.S. Open local qualifier last week at Tumble Creek Golf Course at the Suncadia Resort in Washington state.