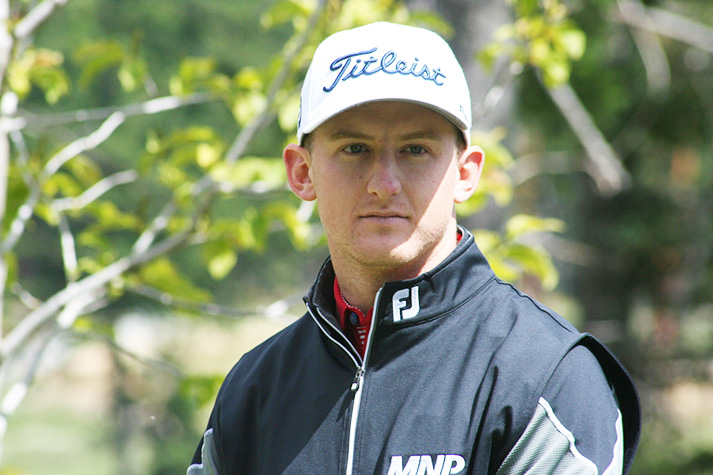 Qualifying school usually means a trip or two to southern California or Arizona, but this Fall Jared du Toit will do his ‘studying’ abroad. And he’ll have lots of Canadian company.

The Kimberley native has decided to travel to Europe for the DP World (formerly the European) Tour Q School. “I am putting my eggs in that basket,” du Toit says. “Costs are kind of crazy to do both. It’s $6,500 US to do the Korn Ferry Q School, which is nine grand Canadian, and the Euro school is about three grand Canadian. So that played a factor.”

Du Toit was also influenced by the fact his close friend Aaron Cockerill of Manitoba is experiencing success playing the DP World Tour.

“Aaron is one of my best friends and is playing well over there and my girlfriend is Spanish, so she has a lot of family over there. We’ll see what happens. Obviously, you have to play well to get status.”

Thirty-two Canadians, including British Columbians du Toit, James Allenby of Langley, Stuart Macdonald of Vancouver, Henry Lee of Coquitlam and Callum Davison of Duncan, are registered to play at first-stage qualifying sites in Europe this month and in early October. Du Toit is playing at a site in France in early October.

“It’s on the coast about two hours northwest of Paris,” du Toit said. “I have actually played it before. I did the Q School there in 2018, but I had no game when I went over there. I remember it being a lovely golf course.”

Allenby is competing at a first stage site near Manchester, England in early October. “I have been over three times now for Q School but the first stage I have always chosen has been in Italy, so this location is a new one for me,” Allenby said. Allenby is coming off a disappointing PGA Tour Canada season. He failed to qualify for this week’s season-ending Fortinet Cup Championship.

“The year was disappointing,” he said. “But you just have to roll with the punches, stay confident, stay positive and know that when you play your best there’s nothing in your way. The main problem I had for much of the year was putting and it makes the biggest impact on your scores for sure. Near the end I was finally getting it back to a level that I was happy with. So having that trend leading into Q-school is really positive.”

SEASON-OPENER: Well, that PGA TOUR off-season flew by. It seems like only yesterday (and it almost was) that Rory McIlroy was winning the season-ending Tour Championship. The 2022-23 PGA TOUR season begins with this week’s Fortinet Championship in Napa, Calif. Nick Taylor of Abbotsford and Surrey’s Adam Svensson will be joined in the field by fellow Canadians Corey Connors, Michael Gligic, Mackenzie Hughes and Taylor Pendrith.

SEASON-ENDER: PGA Tour Canada completes its season with this week’s Fortinet Cup Championship at Deer Ridge Golf Club in Kitchener, Ont. The top 60 players on the Fortinet Cup points list qualified for the season-ending event. Kimberley’s Jared du Toit, who enters the week at No. 42 on the points list, and Richmond’s Chris Crisologo (No. 48) are the only British Columbians in the field.

TIME FLIES: Dick Zokol had a great reaction when B.C. Sports Hall of Fame curator Jason Beck tweeted that Sept. 6 was the 30th anniversary of Zokol’s win at the Greater Milwaukee Open.
Zokol’s response on Twitter: “30-fricking-years ago. Holy crap.”

Zokol, now a real estate specialist at Predator Ridge in Vernon, won that tournament with a 72-hole score of 19-under par. That was two shots better than runner-up Dick Mast. Major championship winners Mark Brooks, Tom Lehman, Larry Mize, Nick Price and Payne Stewart all finished in the top 10.

HOME JAMES: Abbotsford’s James Lepp — remember him? — dusted off his golf clubs and won the Nick Taylor Charity Pro-Am at Cultus Lake Golf Course. Lepp shot a four-under 59 to edge Kevin Spooner of West Vancouver and Luke Bogdan of Chilliwack by one shot to claim the $10,000 first-place cheque. Lepp said it was his first round of golf since June 3. And no, he does not plan to come out of retirement.

WORLD TRAVELLER: Mission’s Kevin Stinson, who was part of the winning Canadian team at the recent inaugural Four Nations Cup competition in South Africa, is competing in this week’s PGA Assistants Championship of Canada at The Algonquin Golf Club in St. Andrews, N.B. Stinson, a teaching pro at Cheam Mountain in Chilliwack,was runner-up at last year’s event. Other B.C. players in the 51-player field include Brody St-Martin of Shuswap National in Salmon Arm, Lionel Taylor of Talking Rock in Chase and Ethan Danish of GOLFTEC Kelowna.

NEW COACH: Coquitlam’s A.J. Ewart is back at Barry University in south Florida, where he will have a new coach for his senior year. Jimmy Stobs, who had been the head coach at Barry for the last 20 years, resigned recently to accept a head coaching opportunity with the U.S. Naval Academy. Barry has not yet named a replacement for Stobs.