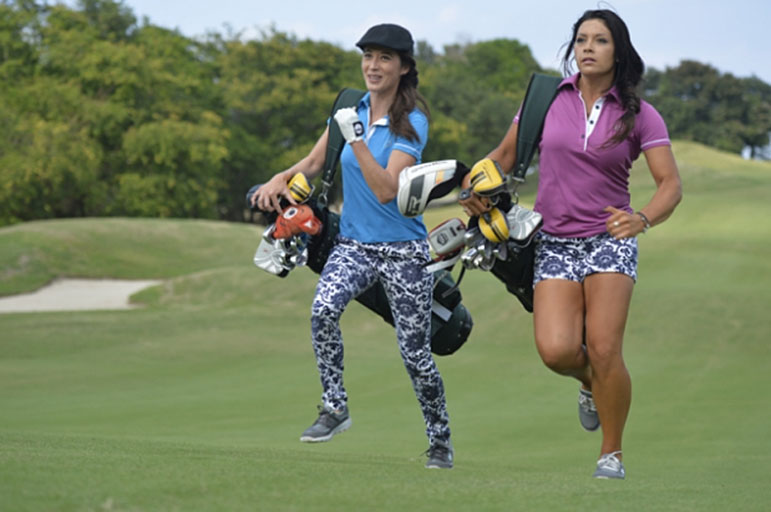 Of particular interest to Canadians, and British Columbians specifically, is the team of Eileen Kelly and Kyla Inaba, calling themselves the #Canadian Ninjas.

Teammates at the University of British Columbia (UBC), Kyla is the veteran of the duo when it comes to the game of golf. Kyla took up golf at the age of 15. Eileen only started competing at the age of 20. Kyla was team captain when Eileen enrolled at UBC on a golf scholarship, and took her under her wing.

Both are an inspiration to each other and grew to become best friends during college and following graduation. The two pushed each other to be the best they can be on the golf course while teammates at UBC, and that continues today.

Kyla has competed on both the Australian and Canadian tours, and is looking forward to her 2015 Symetra Tour season. Eileen turned professional to compete on Altered Course Montego Bay and is beginning her professional golf career by competing on mini tours in preparation for stage one of LPGA qualifying this summer.

The two are known for their extreme fitness regimens and often joke that they are training to be ninjas. Their secret ninja abilities should come in handy in this extreme adventure competition.

Slow play won’t be an issue on this fast-paced series that features two-person teams competing on extraordinary hole layouts exceeding 700 yards -- while racing against time.

“Athleticism and fitness have taken on a much greater emphasis in golf in recent years, and as a result we are seeing more athletes coming up in the ranks of men’s and women’s golf,” said Keith Allo, Golf Channel vice president of programming development and original productions. 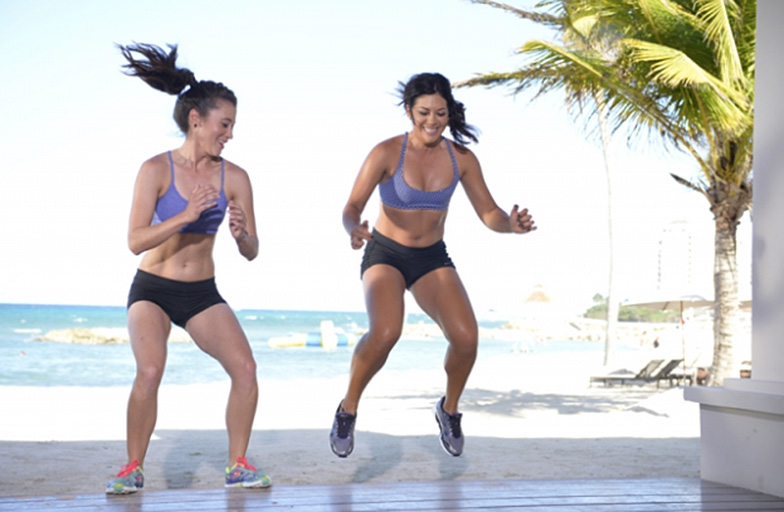 “Altered Course is taking this trend to a whole new level, rewarding teams that are the most physically fit and play the best golf. The terrain and re-imagined golf holes will test their golf skills and challenge them both mentally and physically. Pace of play will not be an issue on Altered Course.”

The tournament-style competition series will feature eight two-person teams racing against the clock as they take on the twists and turns of these extreme golf holes – one Altered Course hole can incorporate upwards of three traditional golf holes – in an alternate-shot or scramble format.

Teams will be scored on both shots taken as well as time, with weekly eliminations leaving one team left standing as the champion of Altered Course. To capture the action of this innovative format, Golf Channel will utilize Sony Action cameras and aerial footage to track the teams’ progress on each challenge, providing rarely-seen golf course camera angles.

Which team will win the inaugural season? Find out June 15 on Golf Channel.