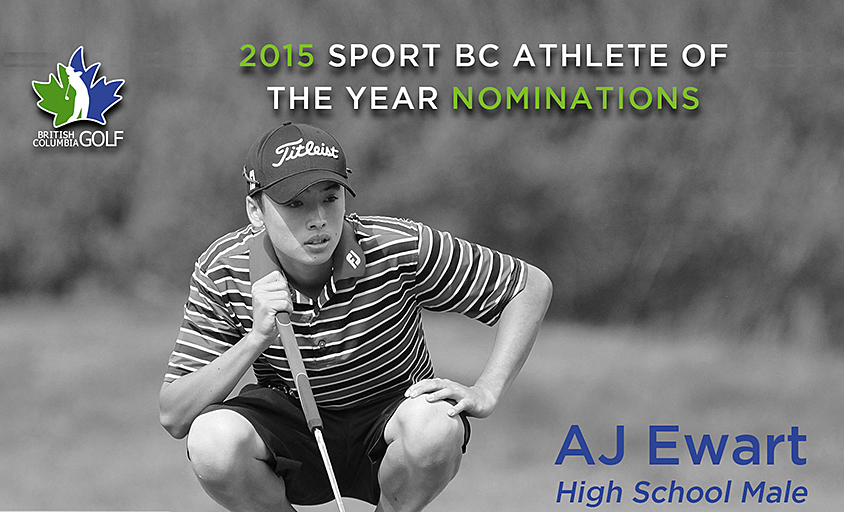 AJ Ewart of Coquitlam has been nominated for the 2015 Sport BC High School Male Athlete of The Year award.

Winners of the various categories are announced at the awards dinner on Thursday, March 10, 2016 at the Vancouver Convention Centre.

An integral member of the gold medal winning BC Team in the Western Canada Summer Games, Ewart also took home the boys individual gold medal winning by 6 shots. In addition to that victory the 16-year old Ewart also captured the BC Juvenile Boys Title along with the AJGA Sunriver Championship.

Outstanding finishes in both the Canadian Juvenile Boys - 2nd, and Canadian Junior Boys - 5th, were mirrored by 2nd and 5th place finishes in the CN Future Links Prairie and Pacific Championships respectively. Ewart's 4th place finish in the BC Junior Boys event contributed to his OOM total which would see him end the year as the #1 ranked male junior golfer in the province.

And finally topping off his successes in 2015 AJ was named to the Team Canada National Development Squad by Golf Canada.