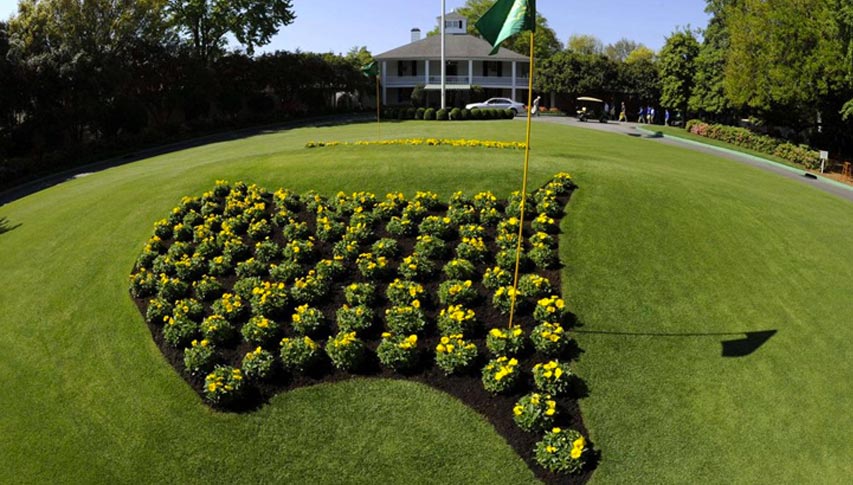 To see the complete article in the digital magazine, click HERE.

iG What else happens during the week after your Wednesday morning meeting?

DJ: We are free for the rest of the day and Wednesday night is the first of the formal occasions and these... I am not complaining but your stomach need a vacation after the week of the Masters. The first is a cocktail party out on the lawn behind the Augusta clubhouse and you chat with people from around the world. The Thursday night the USGA holds a reception at Augusta CC which is older than Augusta National and shares a boundary with them. Very beautiful very large clubhouse. Friday night the PGA of America holds one in an old Church that has been converted into a civic centre.. also very high end. Saturday night we (Golf Canada) go to a reception that Golf Australia puts on in a house that they rent. There are others, three or four every night but you can’t go to them all. As I said, your stomach take a beating. It’s all very, very good but it takes its toll.

iG: Still it can’t be all cocktails and canapes. You do do some officiating. How is it decided where and when you will work?

DJ: Each day we are assigned to a different hole and now over the three years, I have been on ten holes. And you are with anywhere from one to five other rules officials. For example, Hole #13 has six.

iG: iG Are there any other rules you must follow?

DJ: One of the other peculiarities (of Augusta) is that we have to wear jackets and ties which is interesting sometimes. Spring time in Georgia is a wonderful time to be there but it can get warm. On Thursday of this year, the temperature crept up past 80F, we all started to sweat, it went past 85 and you can imagine a tie and jacket when it’s above 85 and a lot of the places we have to stand are in the sun. At that point Fred came on the radio and said jackets could come off and it was the most welcome thing I ever heard on a radio!

iG: What is your highlight of the week?

DJ: Day Four, Sunday. Everybody’s and my, favourite day of the Masters. We still have a hole to work but the invited officials like myself tend to be given the assignments that are on the front nine or early on the back nine and that allows my favourite part of the whole week.

The leaders maybe still have nine holes to play. Everybody goes back to our committee room, a large room and there are two really large TVs, comfortable chairs and a bar. And the bar does not really get used until the end but everybody drifts back and you get watch the finish of the Masters with all of the best rules officials in the world, people who have become you friends over the years. You finally get a chance to sit down, have a bear with them and watch like any other fan.

My first year was the year that Adam Scott won and I sat with three Australians and it was just... they were so excited to see Adam Scott win, the final putt was very dramatic, then the playoff with Angel Cabrera. All of them were crying by the end. It was really something and as I said that’s my favourite part of the week.

iG: Is that the end?

DJ: The whole week ends with the prize ceremony. You see Butler Cabin on TV, that finishes and they do the real ceremony out on the putting green. Everybody, all the rules officials, the invitees from all the Golf Federations from around the world file up and the green jacket is presented to the winner with all the fans ringing around. It’s quite an experience to be part of it.

iG: Tell us three other things we may not know if we have not been to Augusta (the other two can be found in the digital magazine article or the full version of the website version of the article)

DJ: First the Masters is described as not just being the best run golf tournament in the world but as the best run sporting event in the world and I can’t imagine how that cannot be true. It cannot be run any better than it is . Everything is clockwork, everything is precise. There are so many traditions, rules. You can’t take your shoes off at Augusta. You can sit on the grass but you cannot lay back on the grass. If you go through the main entrance gate. its as intense as going through security at an airport.

Second people always ask me, ‘How beautiful is Augusta?’ They have such a large budget to do everything perfectly, it’s almost not real. It’s sort of like Disneyland, half real and half not.Think of the movie, Polar Express, where it was filmed and then they put this sort of artificial film over everything. And that is what Augusta is like to me, it’s almost not real.You can’t believe what pristine shape it is in. I was walking with a guy two years ago and we found little bit of poa annua. it was like, ‘What is this, how can this be?’ The course is over seeded with Bermuda grass and depending on the weather conditions, I think it was two years ago, they overseeded five times to get to the right density of grass so that the ball would sit up.

The final thing you hear about but can’t see are the elevation changes. I tried to find pictures but two dimensions can’t show it. The 10th hole drops 116 feet from tee to green. That is a whole lot of distance for whole to drop. 11 drops 40 feet. 18 goes up 40 feet. You don’t get a sense from TV just how hilly it is.

To see the complete article in the digital magazine, click HERE.