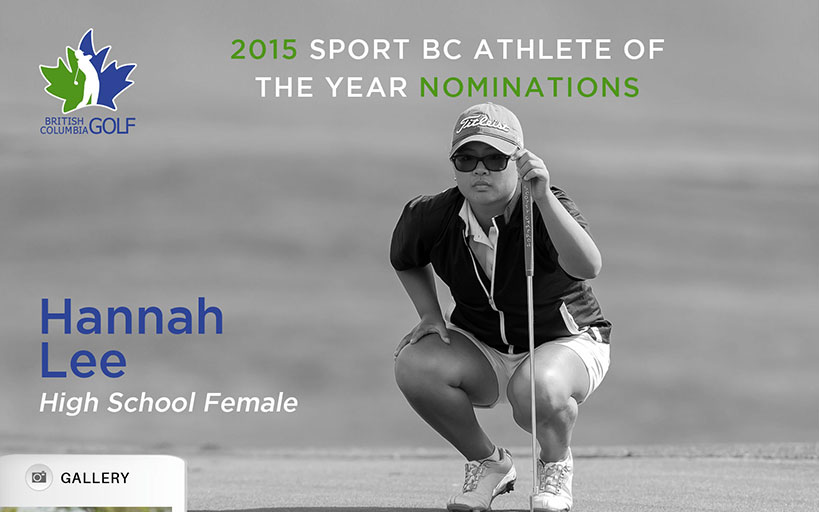 Surrey’s Hannah Lee has been nominated for the Sport BC High School Female Athlete of The Year Award.

The various category award winners will be announced at the awards banquet to be held Thursday, March 10th, 2016 at the Vancouver Convention Centre.

Lee had two significant victories in 2015 taking the honours at the Canadian Juvenile Girls Championship in Saskatoon and the individual Gold Medal for Team British Columbia at the Western Canada Summer Games in Wood Buffalo, AB. Lee was also an integral part of the Team Gold Medal for the Girls in those games.

Another T13th in the AJGA Yolo Fliers and coming in 39th in the World Junior Girls Championship only contributed to her being the #1 ranked Junior Girl in the Titleist BC Order of Merit for 2015. 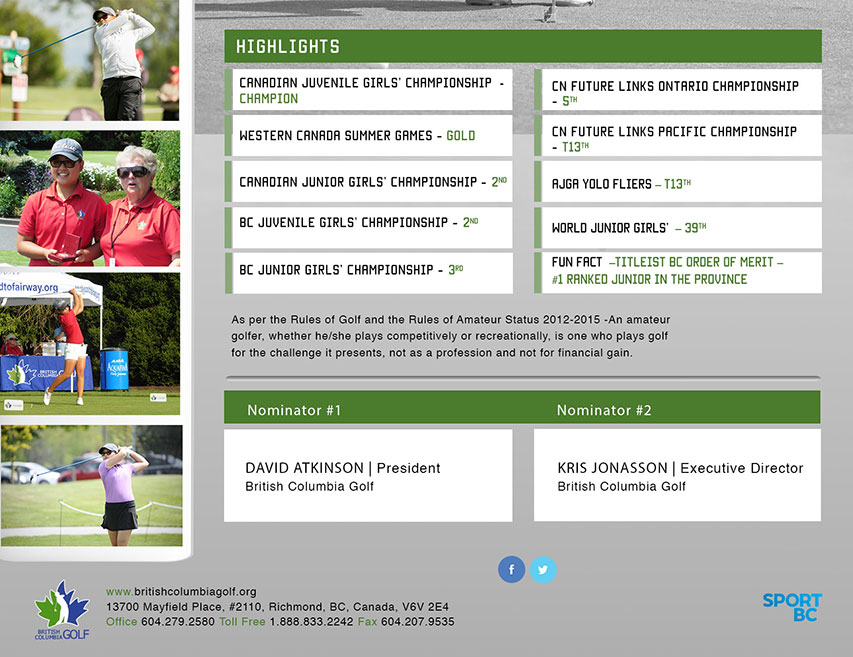