Jared du Toit Stays at Number One in Weekly Rankings 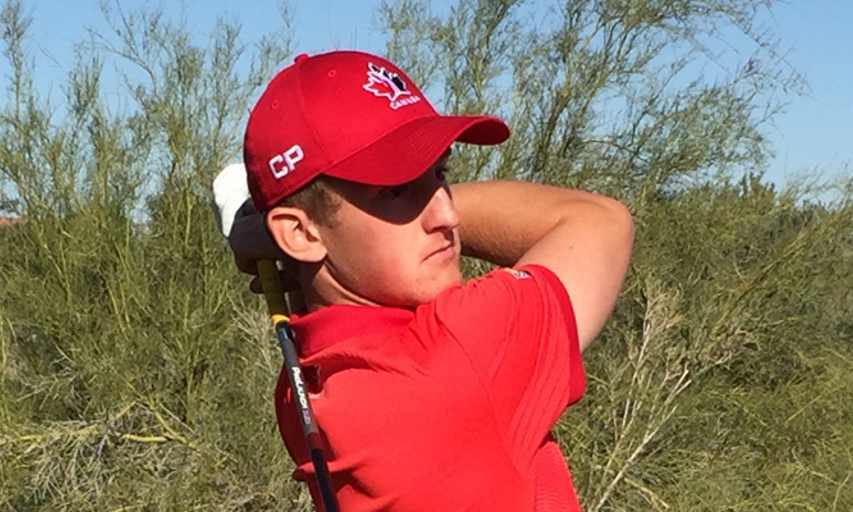 Josh Whalen moves from No. 11 up to No. 9 in the Canadian rankings after picking up 28 spots in the world rankings. The junior from Napanee, Ont., finished tied for 20th at the Aggie Invitational that included an opening-round 69 which had him tied for first place after the first day. It was his second Top-20 result of the season.

The only other player in the Top-10 to move up in the world rankings this past week was Alastair Tidcombe, who finished tied for 16th at the Azalea Invitational.

Jared du Toit, who carries the No. 1 ranking in Canada for the second straight week, finished tied for 17th at the ASU Thunderbird Invitational. It was his seventh Top-20 finish of the season.

Biggest move: Owen Bates climbed 348 spots in the world rankings. The Mississauga, Ont., golfer is a freshman at Rogers State University in Oklahoma. He recently finished 46th at the St. Edward’s Invitational, which included a career-best round of 72. The result was his second best showing in four career collegiate tournaments this year.

The biggest moves of the week in the women’s amateur rankings came outside the Top-10.

Anna Younjin Kim climbed 172 spots in the world rankings, moving from No. 14 up to No. 12 in Canada, following her third place finish at the Kingsmill Intercollegiate. The senior from Toronto posted her fourth Top-5 result this season and her ninth in 16 events dating back to last season.

Devon Spriddle gained 64 spots after the junior from Lethbridge, Alta., finished tied for 11th at the Rebel Intercollegiate – her fourth Top-15 result this season.

Karyn Lee Ping picked up 60 spots in the world rankings to move back into the Top-20 in Canada, settling in at No. 17. She finished in a tie for 36th at the Kingsmill Intercollegiate.

Biggest Move: Kathy Lim gained 291 spots in the world rankings after finishing in a tie for eighth at the Bryan National Collegiate. It was the second Top-10 result in seven tournaments this year for the sophomore from Langley, B.C.

Brooke Henderson, Canada’s top ranked pro player, chalked up another Top-10 performance on the LPGA Tour. The 18-year-old finished in a tie for 10th at the ANA Inspiration – the first major of the LPGA season. It was an incredible recovery for Henderson, who started the day 33rd after a stumble in the third round. It was her sixth straight Top-10 result of the season – seven if you include a Ladies European Tour event in Australia. The only time she has not finished inside the Top-10 was in her first tournament start back in January. That leaves Henderson as the No. 7 ranked LPGA player in the world.

No. 2 Alena Sharp finished in a tie for 56th after beginning the final round tied for 27th.

David Hearn, the No. 2 ranked player in Canada, picked up one spot after finishing in a tie for 46th in Houston. His second points-paying finish in the last three weeks was good for 1.43 world ranking points.

No. 4 Nick Taylor made the biggest gain among the Top-10, picking up eight spots after also finishing in a tie for 46th in Houston. The result was worth 1.43 world ranking points and was Taylor’s fourth points-paying finish in his last five tournaments.