Three From B.C. Among 7 Canadians To Gain Exempt Status At Mackenzie Tour Q-School 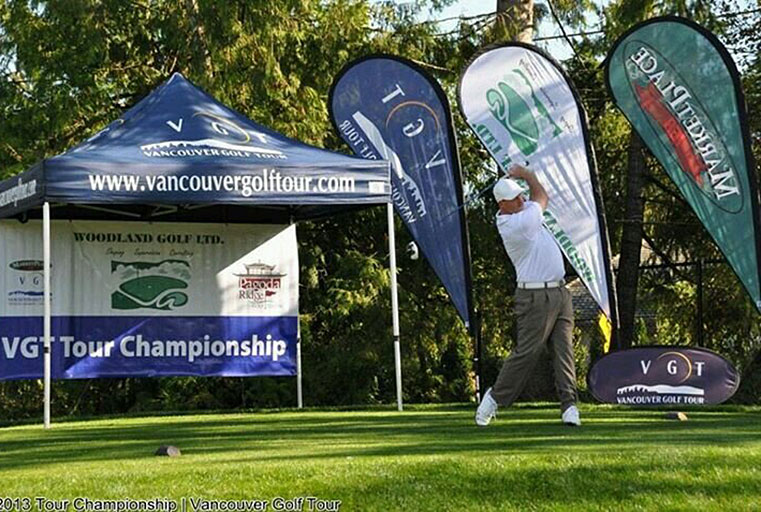 The 19-year old sophomore at the University of Oregon finished at 14-under for the week, two shots ahead of Dallas, Texas’ Conrad Shindler and Atherton, California’s Jonathan Garrick.

Port Moody's Brendan Dillon was the top Canadian Finisher at 6-under par in a T6th followed closely by Langley's Adam Cornelson and Thomas Hay one shot back  at 5-under and T9th. The top 16 finishers earned exempt status for the 2016 Mckenzie Tour-PGA Tour Canada season.

“I set the goals out in mid-January this year to get status, and was able to do it. I worked hard this past year-and-a-half on my putting and went to Saunders Rodgers Golf putting studio (at Meadow Gardens GC in Pitt Meadows) and they really helped me out with a blueprint. We totally changed everything, and it’s great to see the results,” said Dillon.

Added Langley's Hay, “It was a big learning experience. Obviously it didn’t really work out the way that I liked, but you know what, it’s always a learning process and I think I’ll be way more prepared this year.”

“It feels awesome,” said  medallist Wise, who admitted victory had eluded him in recent weeks competing for the Oregon Ducks. “The last four events coming into this one, all four were top-10s and three of them were top-3s and I didn’t quite win one. I knew I had a great opportunity after the first three rounds I played, and I did well to finish this one off.”

Starting the day ahead of Shindler and San Antonio, Texas’ Jeff Rein by four shots, Wise held steady with two birdies and two bogeys on the day, giving the world’s No. 6-ranked amateur a confidence-boosting win heading into the NCAA Regionals and Nationals.

“I know I’ve been playing great, but winning’s a whole other level, and to win on a stage that’s even bigger than the college stage is awesome. Going back for regionals and nationals, I’m going to do everything I can to help my team out and take it from there,” said Wise.

The Southern California native said he plans to turn pro following the completion of the NCAA Championships on June 1, meaning he’ll miss at least the season-opening Freedom 55 Financial Open. That make his exempt status through the 2016 season even more important, a fact not lost on Wise.

“It’s awesome, especially because I’m going to miss the first two events. To be able to build your own schedule, I can plan flights and hotels and all that in advance, which is awesome,” said Wise.

In all, 41 players earned status, including 30 Americans, seven Canadians, two Chileans, one Scotsman and one Argentinian.

AARON WISE: World’s No. 6-ranked amateur owns four collegiate victories in two seasons at the University of Oregon and was named a semi-finalist this year for the Ben Hogan Award.

JONATHAN GARRICK: Three-time All-American at UCLA is listed at No. 40 in the World Amateur Golf Ranking.

JEFF REIN: 2015 Mackenzie Tour member made six cuts in 11 starts on the Mackenzie Tour in 2015, with a season-best T21 finish at the Wildfire Invitational

TAYLOR MOORE (a): University of Arkansas senior was named an honorable mention All-American in 2015 and was co-medalist at the 2015 U.S. Amateur.