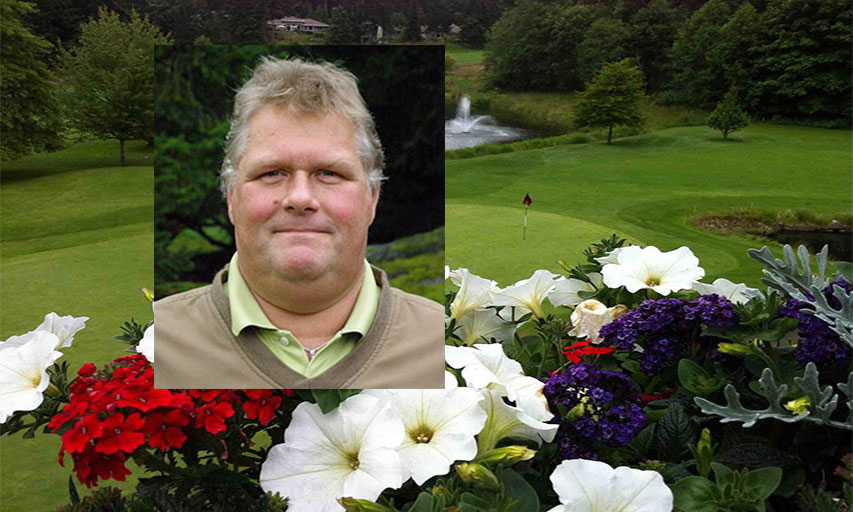 Ward Stouffer, who spent more than 20 years as head professional and director of golf at Fairwinds Golf Club in Nanoose Bay, passed away Thursday, January 5th. He was 56.

Friends and playing competitors remember Stouffer, who stood about 6-feet, 8 inches, as a gentle giant with a heart of gold who hit the ball a mile.

“He kind of came out of nowhere,” said 13-time B.C. Amateur winner Doug Roxburgh. “I just remember his strength and power and his ball flight. He was almost like nobody else. He was so impressive with his ball-striking. And I have to say for a big person he had great touch around the greens. He was a great player and such a nice guy, who was great to play with. He never complained, just stood up and looked like he really enjoyed playing golf.”

Stouffer started in the golf business as a teenager in 1977, working in the Burnaby Mountain pro shop under then head professional Tryg Wenn. Before turning pro, Stouffer had a solid amateur career, highlighted by a third-place finish at the Canadian Amateur Championship in 1983 and a fourth-place finish the following year. He was a member of British Columbia’s Willingdon Cup team in 1984 and that year was also a member of Canada’s Eisenhower Cup team.

His journey as a golf professional began in 1985, when he worked under Burnaby Mountain pro Richard Leisen. He spent seven years playing on the Canadian Tour and three years on the Asian Tour. Stouffer won the PGA of BC Championship in 1986 and was the low club professional at the 1985 B.C. Open.

Stouffer started at Fairwinds in 1995 and became head pro in 1996. He became executive professional and director of golf in 2008. Stouffer, who was named the PGA of BC’s head professional of the year in 2006, left Fairwinds two years ago when new management took control of the course. He recently had done some instruction at Arrowsmith Golf Club near Qualicum Beach.

Stouffer served two terms on the PGA of BC’s board of directors and also coached minor hockey on Vancouver Island. “He was larger than life,” said Donald Miyazaki, executive director of the PGA of BC. “He was very well respected. To me Ward is a guy I looked up to because so many people had such good things to say about him. He joined our board about the same time I came to the association because he wanted to make a difference.”

B.C. golf historian Michael Riste remembers Stouffer being a big supporter of the B.C. Golf Museum. “He was one of the most generous pros for giving us rounds of golf and stuff,” Riste said. “He was very, very supportive of the golf museum and I always remember him being this great big lovable guy.”

“He was a gentle giant,” added Roxburgh.

Stouffer leaves behind his wife Shelly, the 2016 B.C. Women’s Mid-Amateur and Mid-Master champion, and their two sons, Kent and Brett.

Stouffer’s many friends in the Nanoose Bay area have started a family support fund. If you would like to donate or want more information, visit www.gofundme.com/t8zq2vbw

A celebration of life was held for Stouffer at 1 p.m. Friday, January 13 with an overflowing gathering paying respects at the Parksville Community and Conference Centre.