Video: Phil Mickelson Gets Advice From Young Fan Then Says, "You Can Caddy For Me Anytime" 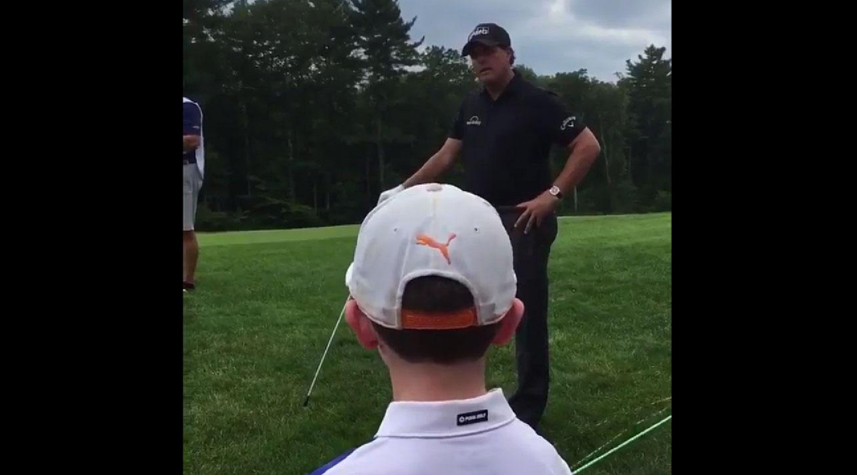 Long a fan favourite on the PGA TOUR, Phil Mickelson, playing in the Dell Technologies Championship at TPC Boston, asked a young fan what he would do in this situation after 'Lefty' had found the left rough off the tee.

The young man, whose name is Riley, offered a quick no-nonsense reply, "If I could hit my 3-wood 260 I would probably go for it." It seems the gallery along with Mickelson, who said, "I like the way you think," felt that was the best strategy and the 3-time Masters Champion loaded up his 3-wood from the rough and let fly.

Following the shot, which appeared to turn out quite well, Mickelson turned to the youngster, smiled and said, "Riley, you can caddy for me anytime."

Watch the interaction below.