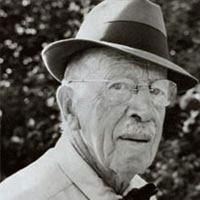 Royal Colwood is one of the most architecturally significant courses in North America.

When construction started in 1913 there were few, if any, courses that offered more than a rudimentary layout. Most used a plain and penal design of simple bunkering and featureless greens.

While some pioneers such as C.B. MacDonald, Walter Travis and Donald Ross were building modern style courses on the East Coast — all were at the beginning of their careers and the “golden age” of golf architecture had not yet begun.
By 1910, the game had begun to evolve in North America. A handful of courses that had true and lasting merit had been built — courses that today are revered for their early importance from the Chicago Golf Club (1894) to the Toronto Golf Club (1912).
Then along came A.V. Macan’s revolutionary design of the Colwood Golf and Country Club, and for the first time west of the Mississippi, a course with great strategic interest designed to test the golfer was born.
Players were challenged to think their way through the round and were rewarded handsomely for plotting their way properly around the course. Greens were challenging and featured slopes and rolls to hold the interest of players of all abilities.
In other words, golf at Colwood was as much a thinking game as it was a physical game. Today there are many courses throughout the world with those features, but in 1913 in North America it was rare indeed.
Nothing west of New York could match the sophistication and challenge of Macan’s design at Colwood.
Consider that the great and better known West Coast courses – San Francisco Golf Club (1915), Pebble Beach (1919), Olympic Club (1924), Riviera (1926), Cypress Point (1928), Pasatiempo (1929), and many others – were years away and the importance of Royal Colwood begins to emerge.
Colwood opened for play in 1914, not yet finished but formed enough that the top golfers of the area recognized both its potential and its revolutionary design.
Early reviews of the course were uniformly positive. Word quickly spread and it gained the reputation as the best golf course on the West Coast, and one of the very best in North America.
Perhaps more importantly, the reputation of Colwood Golf and Country Club led to Arthur Vernon Macan becoming one of the most prolific and accomplished golf architects in the Pacific Northwest.
The importance of the golf course and Macan’s body of work over a fifty-year period are legacies in which all Royal Colwood members can take pride.