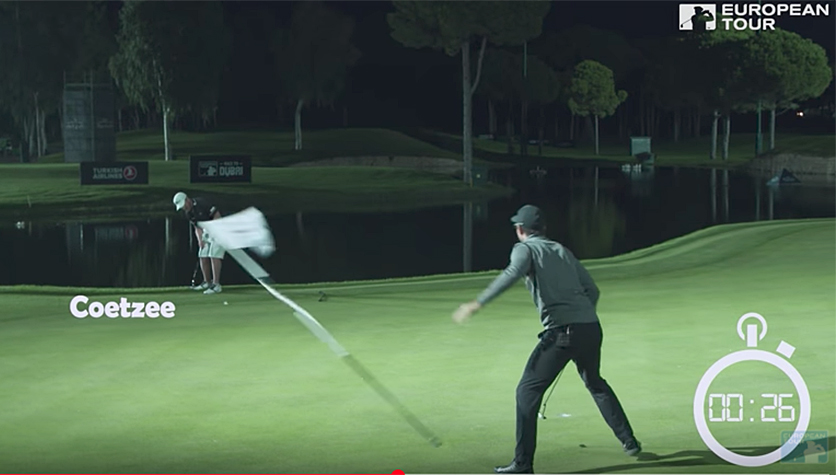 You have to love the guys on the European Tour and the fun they bring to the game as evidenced by the videos they put together for our entertainment. Not only do these videos show us the personalities of the players but they serve to also underline just how really talented all these players are even when they're just having fun.

In this version of an attempt to lead their country to a new Guinness World Records (trademark) title for the Fastest Hole of Golf by a Team of Four, England's Ian Poulter, France's Alex Levy and South Africa's George Coetzee captain their squads in a tremendously exciting, down to the last millisecond finish.

Filmed at night in Turkey, the four-man teams have to contend with a hole measuring over 500 yards, a water hazard and a stopwatch.

The result is closer than anyone could have predicted.