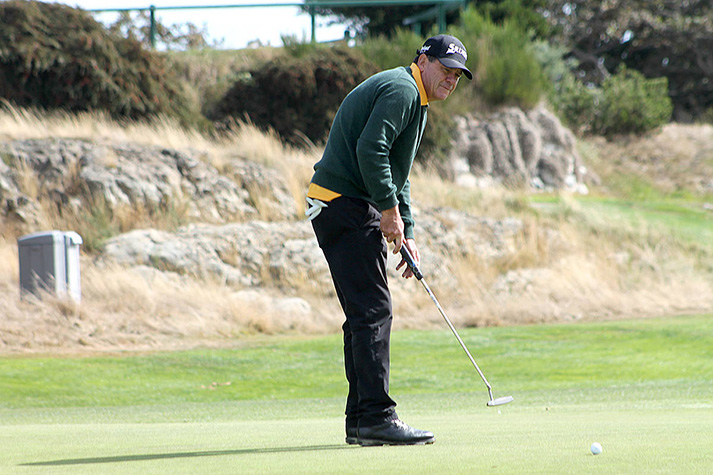 BC's Phil Jonas Has Played His Way Into The U.S. Senior Open For The Second Straight Year - Image Courtesy PGA of BC

Phil Jonas is getting another crack at the U.S. Senior Open. Jonas played his way into the event for the second straight year, winning the lone spot up for grabs at a qualifier Monday in Sequim, Wash.

The 56-year-old Jonas, who runs a golf academy in his name at Hazelmere Golf Club in Surrey, shot a three-under 69 at The Cedars at Dungeness to beat a field of 51 players by two shots.

“I played decently today after playing so poorly last week at the PGA of B.C. Seniors tourney,” Jonas said in a telephone interview. “I was happy with the way I played.

“It’s tough when there’s just one spot because you don’t know what is going to happen. I come in with a 69 and I don’t know if I am going to make it or if I am in 10th place. But then in some ways it’s better because you just play and see what happens.”

Last year, Jonas played in the event when it was held at Salem Country Club in Peabody, Mass. He shot rounds of 75 and 77 and missed the cut by 11 shots. “I have a busy two weeks coming up so I probably won’t be able to do much practising, but hopefully I can be better than I was last year when I was so nervous and apprehensive and everything,” he said. “I'm going to try and not worry about the little things.”

Jonas doesn’t know much about The Broadmoor, but based on last year’s experience knows it will be set up tough. “They play the courses a lot harder than I always thought,” Jonas said. “They play it pretty tough. Last year they had two par 5s that they changed to par 4s and they weren’t that short. I think the course will be tough.”

Jonas had his longtime friend, Tom Spragge, on his bag as caddy on Monday and Spragge will work for Jonas for the second straight year at the Senior Open. “He couldn’t go without me,” Spragge joked. “I’m the only reason he’s in it.”

Jonas got his round off to a nice start Monday and was three-under through six holes. He fell back to one-under after bogeys on 10 and 12 but birdied the 13th and 14th holes to get back to three-under.

Click here for complete hole-by-hole scoring of this qualifier.