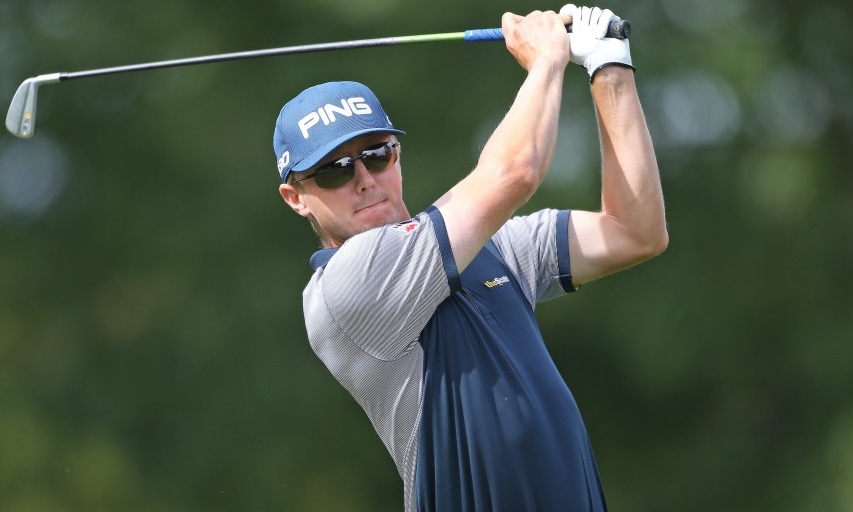 How many people get to say this, not just once, but twice in the past year?

Ontario’s Mackenzie Hughes got to say this Saturday afternoon at Torrey Pines, after his third consecutive round of (-2) has him in the middle of the pack, T36 at (-6) in the 2019 Farmers Insurance Open.

But that’s the smallest part of the story, as Hughes fired the low round in his group, one shot better than Scott Stallings and Tiger Woods.

Hughes, a huge fan of Woods, played with him last March during the third round of THE PLAYERS Championship, where Woods bettered Hughes by three strokes.

It was a small consolation for the Dundas, ON native to get the better of Woods because Hughes’ goal this week is to place well and get some momentum going because he’s going to be playing Phoenix, Pebble Beach and Riviera.

Starting on the South’s 10th hole, Hughes made an opening birdie and looked set to go really low when he reached the long par-5 13th in two. But a sloppy three-putt par may have been the best thing for Hughes, as he then reeled off four birdies in his next five holes.

“I was a little ticked off,” Hughes said of the 13th hole. “Then I was able to roll in a few. I was feeling pretty good.”

But as quickly as the good times came, it was lean times as bogeys on 1, 3, 4 and 7 had Hughes pretty disappointed until a kick-in birdie at 8 changed the momentum for him. Hughes had a chance to make birdie on his final hole, but his birdie putt wouldn’t fall.

Hughes couldn’t help but smile at the media circus that was all around him post-round as all but two media members were swarming Woods. “Overall, everything’s been pretty good,” said Hughes. “Too many mistakes, too many sloppy bogeys, that’s what’s been holding me back. . . It’s close, but it’s not quite there.”

As for playing with Woods, Hughes is no longer a rookie to the Tiger Circus. “I was excited,” Hughes said after receiving the text with his tee time late Friday afternoon. “I did it last year, so I knew what to expect. I definitely didn’t want to be ahead of him, because everybody runs ahead and it’s probably harder.”

Of their interactions, Hughes said: “We talked a little bit. We had some familiarity from last time. It was a fun day. He brings a buzz to the game and he didn’t get much going, but it’s never a bad day playing with Tiger.”

As for the other storylines here at Torrey Pines, Surrey’s Adam Svensson is low Canadian at (-10) after a third-round 69 leaves him T11. Svensson played well, but his playing partners, Talor Gooch and lefty Hank Lebioda played even better, with Gooch’s 67 taking him to (-12) and fifth place, one stroke ahead of Lebioda.

Abbotsford’s Nick Taylor and Ontario’s Ben Silverman each shot even par 72 and with both at (-5), they are tied with Woods and will be playing at approximately the same time as Woods on Sunday.

As for the actual tournament, England’s Justin Rose, playing with his new Honma clubs, withstood two double bogeys and rinsing a ball in Devlin’s Billabong on the 18th en route to a bogey to hold a three-stroke lead over Adam Scott and four clear of Jon Rahm.

Rose, sitting at (-18) after a (-3) 69, could and should be much further ahead after making six birdies and an eagle.

Doug Ghim, who recently turned pro after a sterling career at the University of Texas, is fourth, another stroke back, after receiving a sponsor’s exemption into San Diego.

And in what could have been a big story that turned into not much of one, former Ryder Cup teammates Jordan Spieth and Patrick Reed played together with recent Web.com graduate John Chin. Spieth and Reed had a hearty “bro hug” for the cameras and then played their rounds, with Reed besting Spieth by three strokes.