Video: Tony Romo From Off The Deck Of The Hospitality Tent 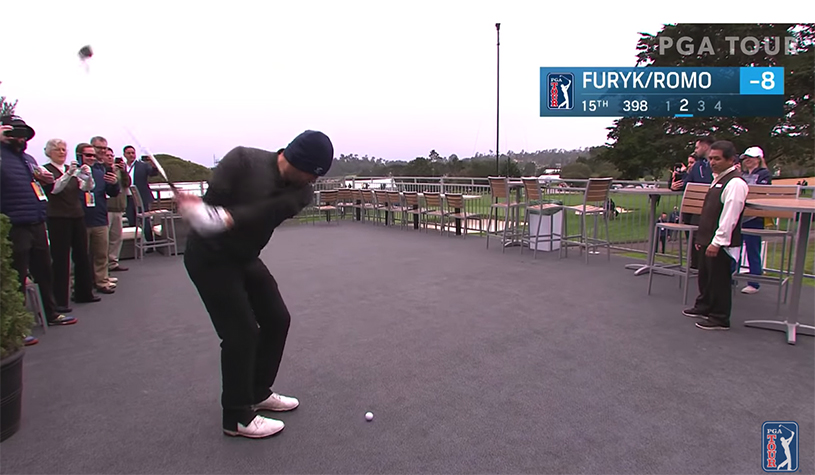 During the last few months ex-Dallas Cowboys quarterback Tony Romo has made an even bigger name for himself with some of his uncanny play predictions during NFL TV broadcasts. Many fans are aware that Romo is also an extremely fine golfer, sporting a +0.3 handicap.

Romo may have added to his recent upgrade in notoriety by hitting a shot Seve would have been proud of in the 2nd round of the AT&T Pebble Beach Pro-Am at the par-4 15th hole.

Not to be totally outdone, listen as commentator and 6-time Major Champion Sir Nick Faldo almost calls the shot before Romo executes it.