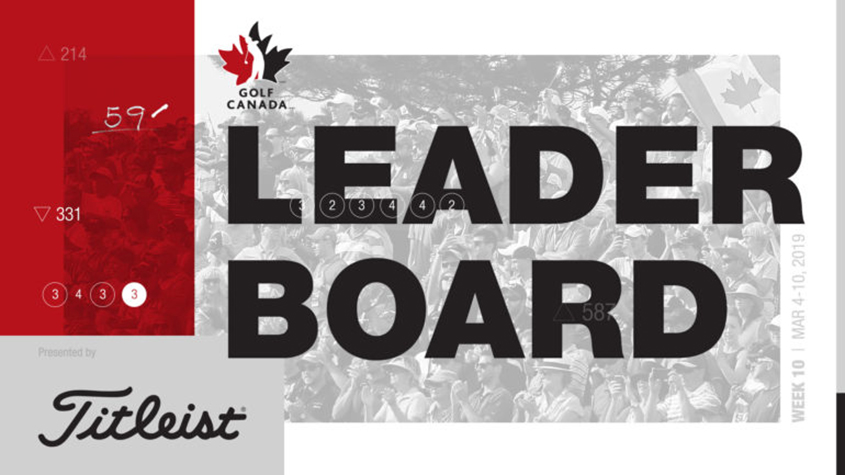 British Open champion Francesco Molinari’s 45-foot birdie putt capped off an 8-under 64 to come from five shots behind Sunday and win the Arnold Palmer Invitational. …Roger Sloan, who made the field as an alternate, has made the cut in six of his last eight events to move him to a career-best 254 in the world rankings. …Adam Hadwin has not missed a cut in each of his last 10 starts. His third round 68 was the fifth best of the day. …Despite missing the cut Corey Conners will be making his debut at THE PLAYERS thanks to his current standing in the FedEx Cup race. 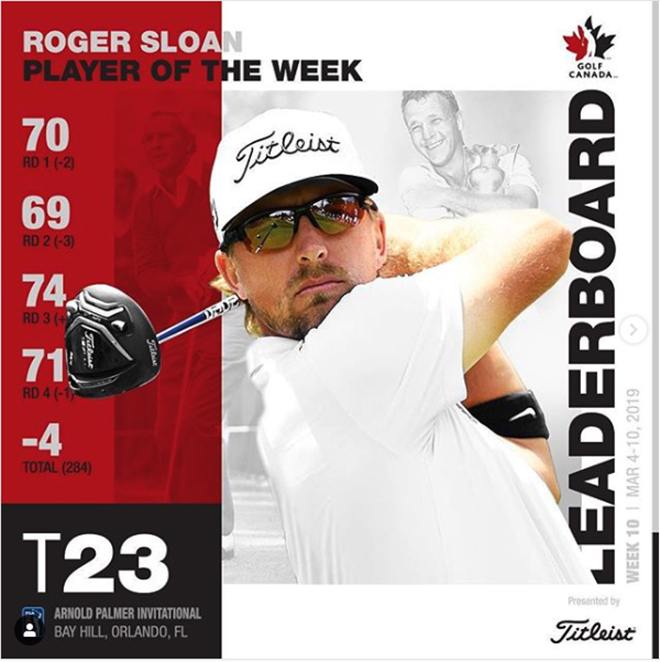 Kirk Triplett made a 12-foot eagle putt on the second hole of a playoff with Woody Austin to win the Hoag Classic for his seventh PGA Tour Champions victory. …For the first time in five tournaments, Stephen Ames posted a result outside the top 25.

EUROPEAN TOUR
Justin Harding birdied three of the last four holes to win the Qatar Masters by two strokes on Sunday and earn his first European Tour title.There were no Canadians in the field.

NEXT EVENT: Bank of Hope Founders Cup (Mar. 21)
CANADIANS ENTERED: To be announced