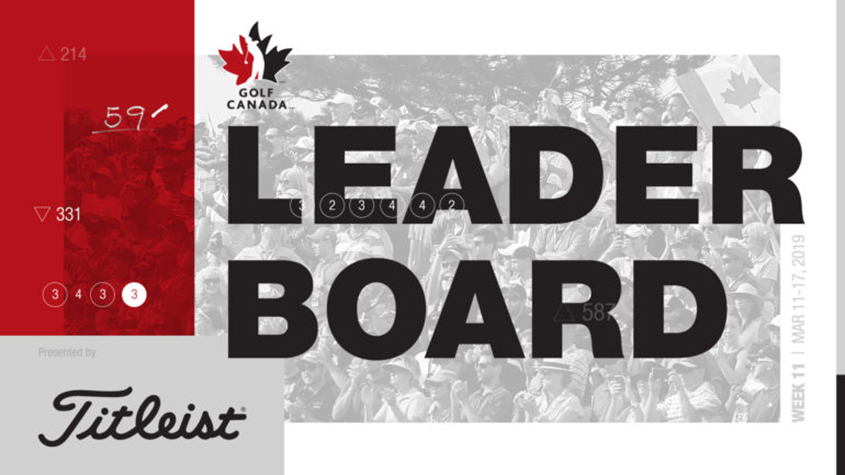 Rory McIlroy made two late birdies to become the first player from Northern Ireland to win The Players Championship – on St. Patrick’s Day no less – beating Jim Furyk by one stroke. …Nick Taylor posted his first top 20 result of the season and his career-best showing in four starts at The Players. He had seven birdies in his final round 67 which left him tied with four others for the most on the day. Taylor made par on the infamous 17th hole in each of his four rounds. …Corey Conners, making his first career start at The Players, made the weekend cut for the first time in his last five tournaments. …Adam Hadwin missed the cut for only the second time in 11 starts this year. 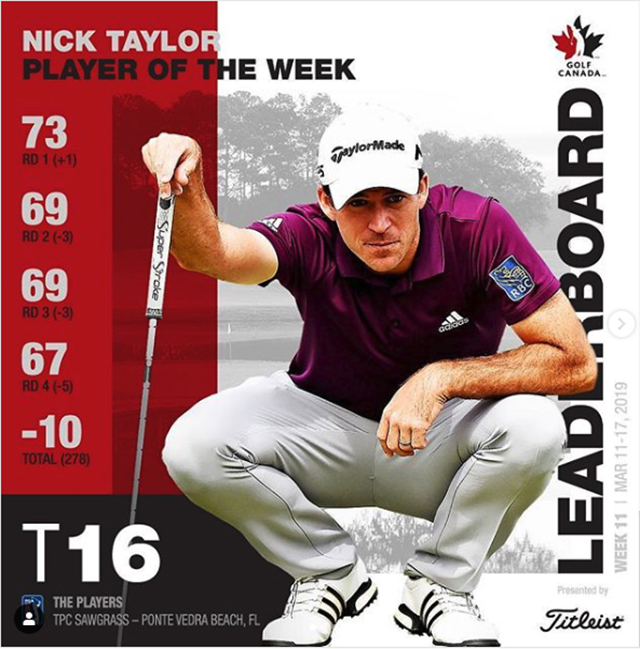 SYMETRA TOUR
Malaysia’s Kelly Tan won the Florida’s Natural Charity Classic for her first Symetra Tour title, beating Demi Runas with a birdie on the first hole of a playoff. …Maude-Aimee Leblanc was the opening round leader after firing a bogey-free opening round 65. …Maddie Szeryk, a Symetra Tour rookie, made the cut in her second career start on the tour. …Hannah Hellyer, also in her rookie season, made the cut for the first time in two tour events. The Stirling, Ont. golfer was an assistant pro at St. George’s Golf and Country Club before attempting to earn her LPGA Tour card last fall.

EUROPEAN TOUR
Italian golfer Guido Migliozzi won his first European Tour title in just his 14th career start, a one-stroke victory at the Kenya Open on Sunday. Aaron Cockerill was making just his second career European Tour start. His second round 68 was a career-low on the Tour.