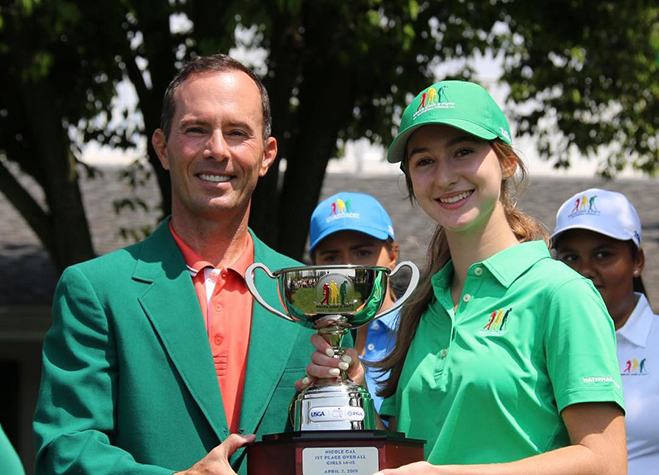 From One Canadian Champion At Augusta To Another, 2003 Masters Winner Mike Weir Presents The Trophy To Nicole Gal For Taking Her Age Division Title - Image Courtesy Augusta Media Hub

Qualifying takes place at over 250 local qualifying sites throughout the United States. Top finishers at each site advance through sectional, then regional qualifying, with the final 80 competitors representing 10 finalists, in 4 age divisions for both genders.

In 2019 the final field comprised juniors from 27 different states, 4 different provinces and one competitor from Paris, France who qualified through wintering in Florida. All Canadians qualified at U.S. sites for all stages.

The finals took place at Augusta National Golf Course on Sunday. The driving range is turned over to the competitors for the morning, chipping is done on the practice area green while putting is done to two different hole locations on the famous 18th green. 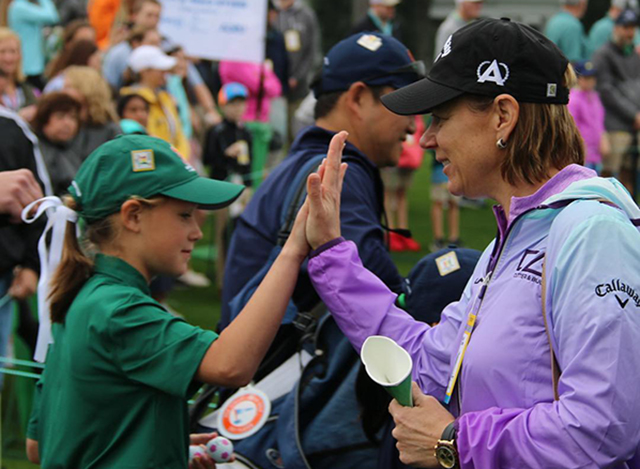 The addition of Kupcho is one more indication of the importance the Masters committee is putting on the Augusta National Women’s Amateur and it's an excellent decision.

Canada was well represented by 3 girls and 2 boys. Andy Mac from Candiac, Quebec in the 10-11 category and Carter Lavigne, 7-9, from Moncton, New Brunswick represented the boys.
Return finalist Vanessa Borovilos in the 12-13 age group from Toronto, Ontario, Nicole Gal, 14-15, Oakville, Ontario and Anna Huang, 10-11, Vancouver, BC were in the girls division.

Huang, who qualified for the finals at Chambers Bay last year finished 3rd with a best drive measuring 180.8 yards, an aggregate 17’8” distance to the pin after two chips and a combined putt aggregate of 4’3. Huang was presented with her trophy by Bubba Watson

Nicole Gal won her category and her presenter was none other than Mike Weir, which was totally fitting.

All competitors performed well and when you factor in live television coverage, several thousand spectators, and Augusta National course conditions, it is clear the next generations have serious skill. All the competitors deserve recognition.

Registration for the 2020 Drive Chip & Putt competition is now open and qualifying will take place throughout 2019. Register at www.drivechipandputt.com.

Jeff Thompson, the Chief Sport Officer for Golf Canada was also in attendance and assisting with the competition.

Meanwhile, at the same time, Britsh Columbia can lay claim to its own champion from the competitions held prior to the Masters:

On Masters Sunday,10-year old Alex Zhang from Richmond was awarded the Best Pee Wee Golf Swing in the World in the boys 9-10 division as voted by Jack Nicklaus, Francesco Molinari, PGA President Suzy Whaley, Lauren Thompson from the Golf Chanel and many others. 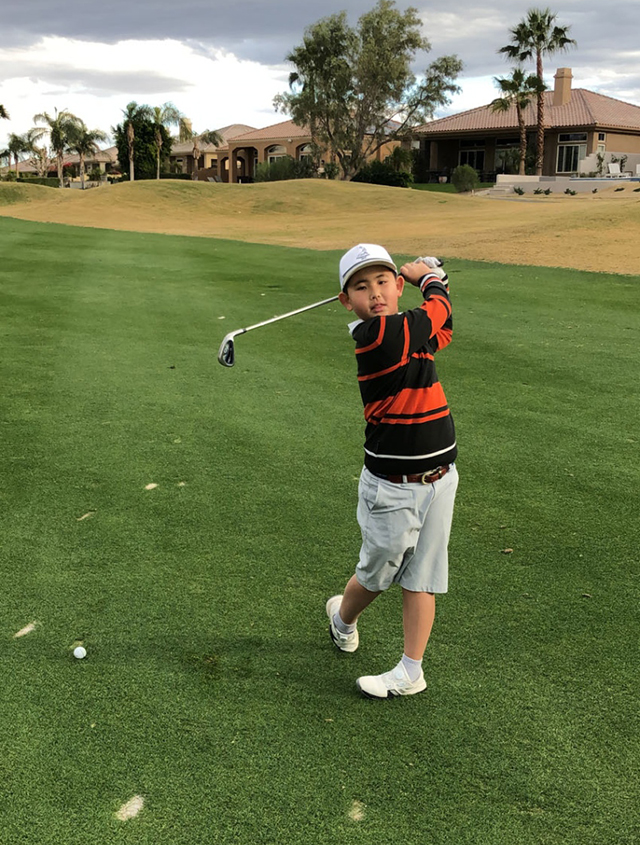 Richmond, BC's Alex Zhang Displays The Swing That Was Voted 'Best In The World' For His Age Group By A Panel Of Judges That Happened To Include Jack Nicklaus

Alex attends Southpointe Academy in Tsawwassen and is a member at Beach Grove Golf Club and Quilchena Golf and Country Club. He is coached by Colin Bykowski at the Pacific Golf Academy.

Alex has been playing golf for 2 1/2 years and will be heading to his third US Kids World Championships in Pinehurst North Carolina this summer.