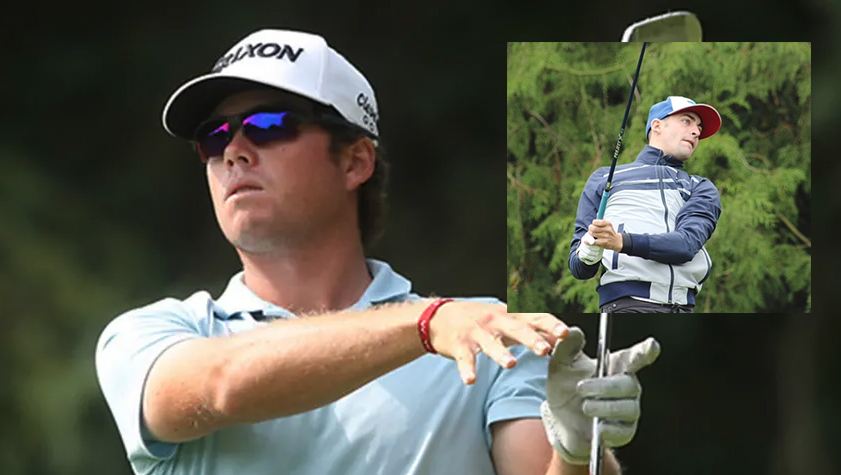 “It’s not really like a normal golf tournament because it’s more stressful all the way through,” said the Knoxville, Tennessee native. “At the same time, it’s almost more satisfying just because you have one shot every year to do it, so to show up and have some game when it matters, that means a lot.”

The two-time Minnesota Open champion cruised all week long with the highlight being an eight-birdie 65 during Thursday’s third round. The victory gives the 25-year old a full exemption through the 2019 season. “It’s great not really having to worry about when you’re going to play or where you’re going to play or if you’re going to get into an event,” said McCain. “Knowing you have a place to play the entire year is exciting.”

While the first three rounds saw plenty of action, McCain showed consistency and poise through the final day, finishing with eight-consecutive pars to close his week out with his fourth-consecutive under-par day.

McCain, who married his wife Renee following graduating from the University of Maryland in 2017, is already looking forward to the cross-country trek. “I’m looking forward to fishing all over Canada, I love to fish,” said McCain. “I’m excited to play golf as well, but to get to see so many cool places, I think it will be fun.”

With the victory, McCain joins 2019 medallists David Wicks, John Coultas, William Gordon, Jake Knapp and Chase Parker who look to take the next step on their path to the PGA TOUR.

“I think learning, having structured four-day events and understanding when I’m going to play my best and how many weeks in a row can I play will be the biggest learning curve,” said McCain. “Playing golf is almost the easy part, it’s managing the travel and everything that goes with it and I’m looking forward to doing that.”

“The week was good. The golf course is in excellent shape; firm and fast like I like it. Today was interesting because I didn’t have a very good warm-up session, but I knew I was in a good position starting the fourth round, so I decided to play conservative on the front nine and see what the golf course gave me. I made a lot of good swings, I two-putt 15 for birdie and that was it, and then I rallied off five-in-a-row starting off the next nine and that settled me down.” – Wesley McClain

“I learned from last year’s experience here, I was in a similar position and struggled a bit and took my foot off the gas, so it was nice to get off to a 6-under start through 10. I made a couple good pars on that back nine, made up for a chunked wedge that led to a double, but I told myself if I was 4-under at that point in the round I’d be pleased with it, so played the last four holes and got it done.” – Tyler Salsbury

“I’m excited because last year was my rookie year not only on the Mackenzie Tour, but in professional golf, and I kind of got swept up a little bit. I really have focused on my mental game and learning what it takes day-in-day-out and, I’m excited for another crack and to do a little damage this year.” – Tyler Salsbury

“It’s not life or death, I have a way I play the game and it’s pretty stress free and the lower the stress for me, the better. At the end of the day, this isn’t going to define you and you have your whole career ahead of you and I treat it like that.”– Derek Bayley

“I started pretty bad today. I was three-over pretty quick but then played my last 11 five-under to get to my number, so I was really happy with the mental grind.” – Michael Belle

“This is my third time at this site and my first good showing, so I couldn’t be happier to represent Canada playing on the Mackenzie Tour.” –  Michael Belle