Carrington Extends Lead After 2nd Round Of B.C. Senior & Super-Senior Championships In Cranbrook 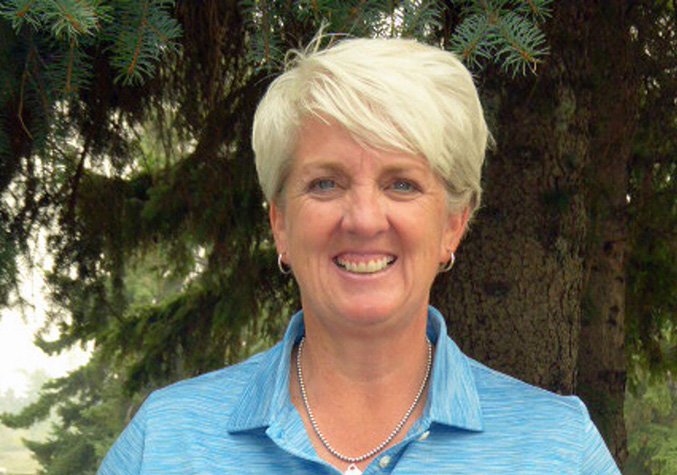 First-round leader Kim Carrington of Calgary extended her lead in Wednesday’s second round and carries a five-shot cushion into Thursday’s final round of the B.C. Senior and Super-Senior Women’s Championship at St. Eugene Golf Resort in Cranbrook.

Carrington, the 2017 Alberta Senior Women’s champion, fired a four-over 76 on Wednesday and sits at seven-over par through 36 holes. Penny Baziuk of North Saanich, BC is alone is second at 12-over after firing a 77 on Wednesday.

Former B.C. Senior and Super-Senior champion Holly Horwood of Vancouver and Lynn Kuehn of Lacombe, Alta., are tied for third spot at 13-over par. Horwood shot a 78 Wednesday, while Kuehn carded a 79.

Baziuk has a three-shot lead in the Super-Senior competition, which is open to players 60 and over. Alison Murdoch of Victoria is alone in second.  Jackie Little, who won both titles last year, was forced to withdraw Wednesday due to a family illness.

This week’s championship also includes a two-woman best-ball team competition. The Cranbrook team of Kathryn Teneese and Leslie Weaver lead by three shots with a 36-hole total of 16-under par. Horwood and Maughan are second.

The 36-hole Zone championship was won by the Zone 5 team of Baziuk and Murdoch with a score of 27-over.

CHIP SHOTS: The top three B.C. finishers at this week’s event will represent B.C. in an inter-provincial team competition at the Canadian Senior Women’s Championship, which goes Aug. 18-20 at Osoyoos Golf Club