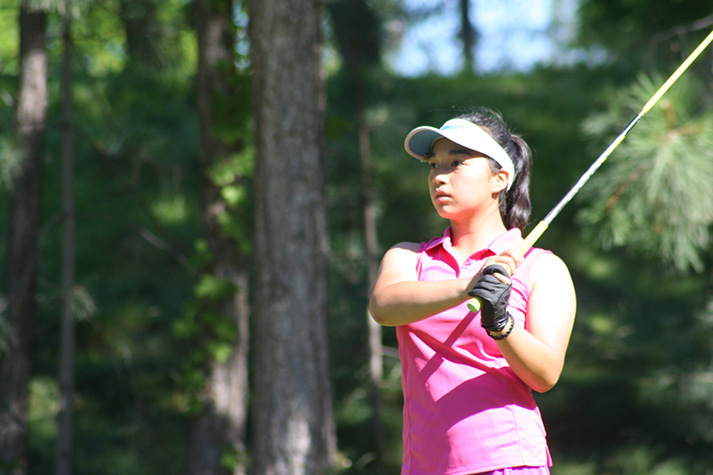 Victoria’s William Bishop carded his second straight two-under 70 Wednesday and will carry a two-shot lead into Thursday’s final round of the B.C. Juvenile Boys Championship at The Meadows at Pemberton. Alyssa Chang of Surrey leads the Juvenile Girls Championship after she shot an even-par 72 on Wednesday.

The 15-year-old Bishop, who plays out of Victoria Golf Club, had four birdies in his round Wednesday. He stands at four-under par through 36 holes. Leo Harper of Burnaby and Daniel Bennett of Victoria share second place at two-under par. Harper shot a two-under 70 Wednesday, while Bennett had the day’s best round, a three-under 69.

The 16-year-old Chang, who plays out of Meadow Gardens Golf Course, birdied her first two holes Wednesday en route to her 72 and sits at one-over par through two rounds. She has a three-shot lead on Martina Yu of Coquitlam. Yu also shot a 72 on Wednesday. Sherri Yang of Richmond and Katherine Hao of Burnaby share third place at six-over par.

The B.C. Juvenile Championships are open to players aged 16 and under. A two-person best-ball competition is being held in conjunction with the Juvenile tourney. Bishop and Bennett combined for an eight-under 64 Wednesday to move to 15-under par through two rounds.

They have a four-shot lead on the teams of Harper and Andy Luo of Burnaby and Joe Mireault and Adrian Murray, both of Delta. A 36-hole zone competition concluded Wednesday with Zones 4 (Greater Vancouver, Sunshine Coast, Squamish) and 5 (Victoria) tied at 10-over par.