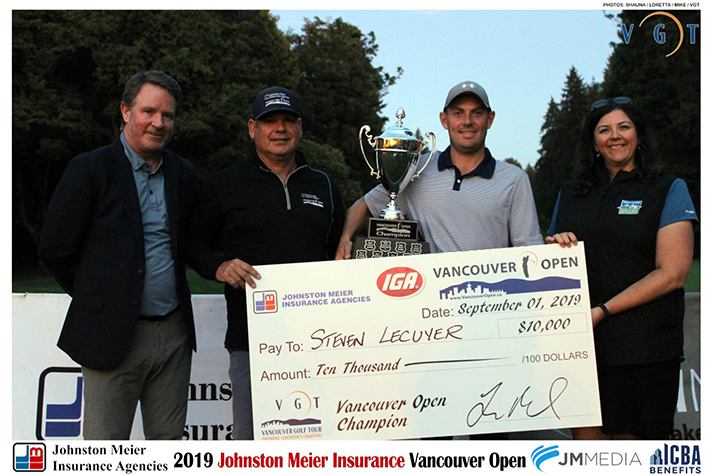 Congratulations to Steven Lecuyer of Bear Mountain Golf Resort, who won the 2019 Johnston Meier Vancouver Open with a score of 11-under par. Steven had three very consistent rounds, shooting 66 at McCleery, 69 at Langara and 68 at Fraserview to claim the $10,000 first place professional purse. Steven came from behind in Sunday's final round.

After round one, which the professionals played at McCleery, former two-time BC Golf Women's Champion Christine Wong lead the entire field after shooting 7-under par.

The professionals played their second round at Langara. At the end of day two Jamie Hall of Seattle, who shot a 2nd round 65 lead the field at 9-under par heading into day three.

The final grouping on day three at Fraserview consisted of Jamie Hall at (-9), Christine Wong and Sergio Barba Moreno of PGA of Spain, both at (-8). Wong finished the tournament at (-7) and took home the Women's trophy and $1,950.

Congratulations to some of the event's other division winners: