Looking Back At A Remarkable 2019 In Canadian Golf

As the decade drew to a close, 2019 marked yet another significant year for Canadian golf milestones on and off the course and around the world. These are just some of the headlines. Details on these stories and many others are available under News on the Golf Canada website.

A sweeping revision and updating of the Rules of Golf comes into effect as of Jan. 1.

The Golf Journalists Association of Canada names Brooke Henderson, Adam Hadwin, Garrett Rank and Jaclyn Lee as their picks for 2018 players of the year. 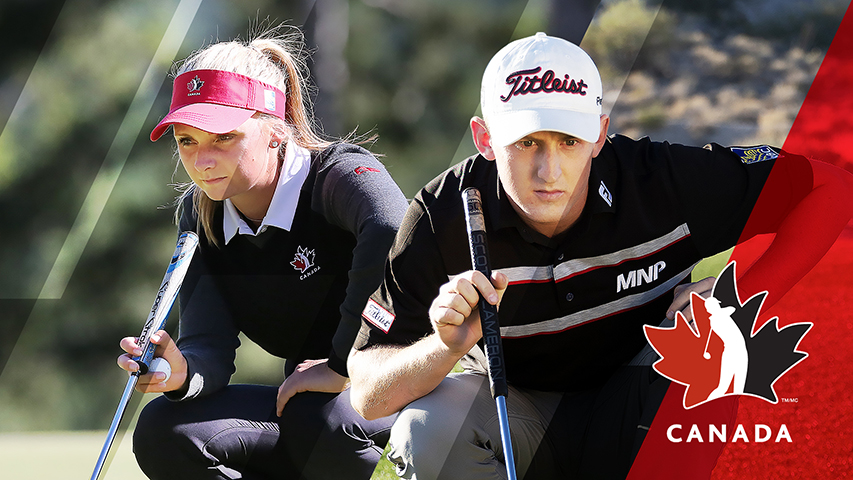 Rod Spittle, an outstanding amateur and pro golfer, and celebrated U.S. collegiate coach Herb Page are named as the 2019 honourees to the Canadian Golf Hall of Fame.

Youth on Course, the non-profit organization providing young people with subsidized golf, college scholarships, caddie programs and paid internships in partnership with Golf Canada and Alberta Golf, announces a pilot project in the province of Alberta. 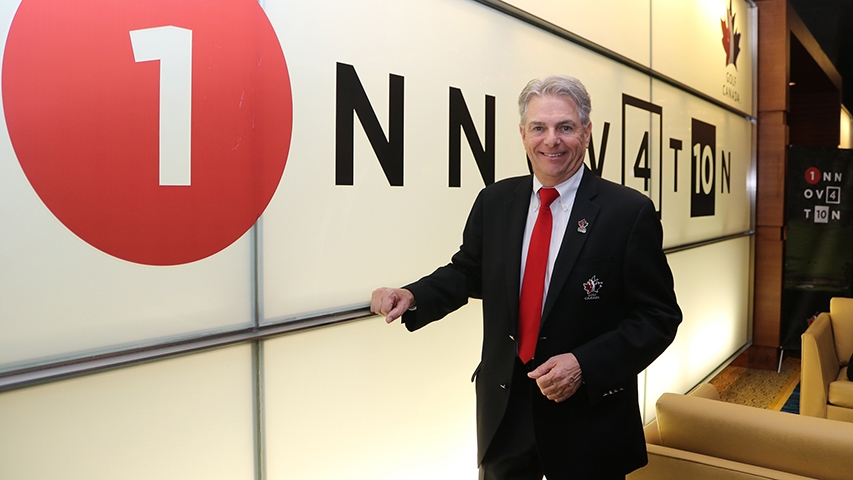 Brooke Henderson ties the all-time Canadian record for pro victories (eight) with her win at the LPGA Tour’s Lotte Championship.

Nicole Gal of Oakville, Ont., wins the girls’ 14-15 age division at the Drive, Chip and Putt championship at Augusta National.

Golf Canada celebrates 70 adoptions of Golf in Schools sites during its annual Adopt a School Week.

The RBC Canadian Open and Tourism Hamilton partner to launch the Hamilton Fare Way, bringing several of the city’s pre-eminent restaurants to deliver a unique culinary experience to fans.

Corey Conners of Listowel, Ont., claims his first PGA TOUR title at the Valero Texas Open after qualifying for the event on the Monday of tournament week. 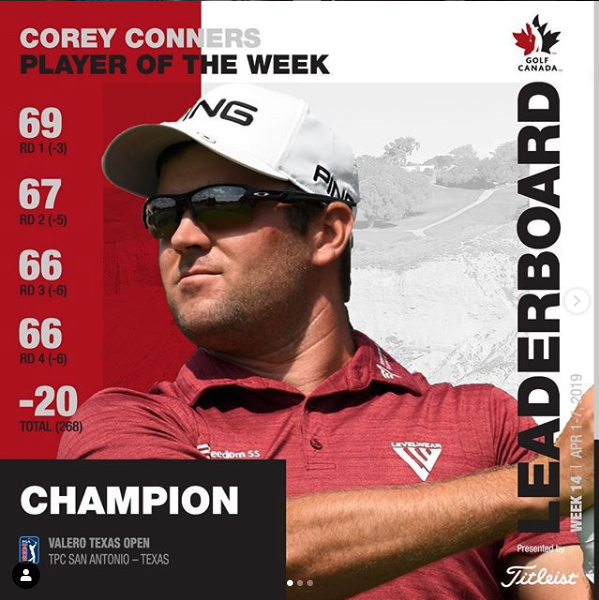 The University of British Columbia wins both the men’s and women’s team titles at the Canadian University/College Championship at FireRock Golf Club in Komoka, Ont.

Canadians from coast-to-coast celebrate National Golf Day on May 1. The day brought further attention to the game of golf and its significant community impact within not only Canada, but across North America. 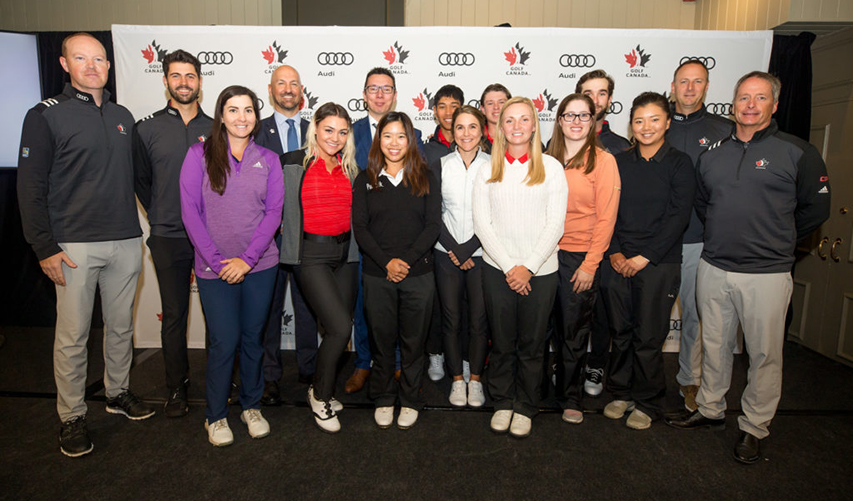 Tristan Renaud of Sudbury, Ont., and Angela Arora of Surrey, B.C., win their respective divisions at the Future Links driven by Acura Ontario Championship at Tangle Creek Golf and Country Club in Thornton.

Brooke Henderson collects her ninth LPGA Tour title at the Meijer LPGA Classic in Michigan. With the win, the 21-year-old from Smiths Falls, Ont., broke a tie with Sandra Post for the Canadian record for wins on the LPGA Tour and moved ahead of George Knudson and Mike Weir on the PGA TOUR.

Rory McIlroy wins the RBC Canadian Open at Hamilton Golf and Country Club with a record-setting 22-under 258 total for four rounds, aided by a final-round 61. 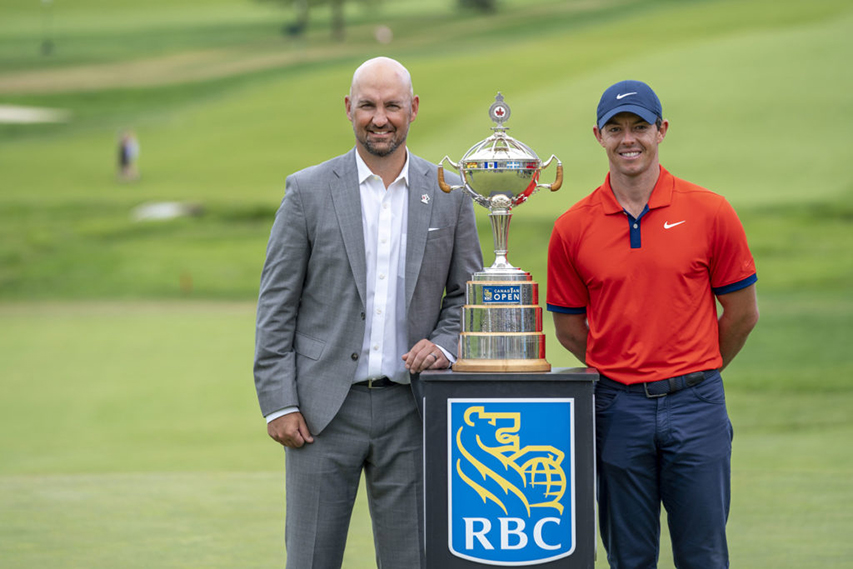 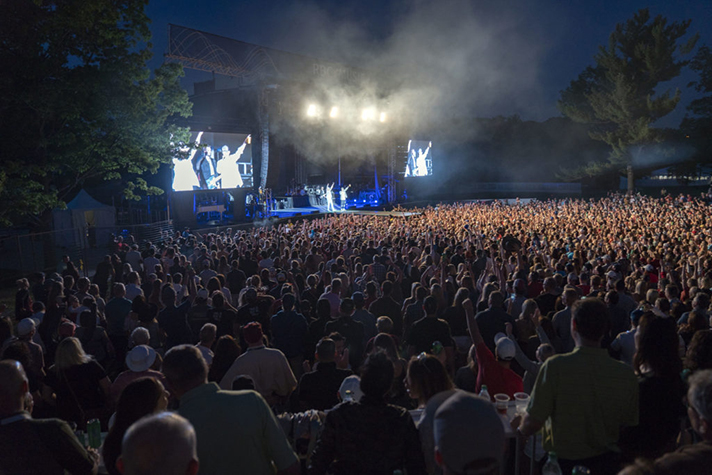 The RBC Canadian Open featured one of its strongest fields, including World No. 1 Brooks Koepka, World No. 2 Dustin Johnson, World No. 4 Rory McIlroy and World No. 6 Justin Thomas. Twenty Canadians teed it up at Hamilton.

After almost 43 years of commitment and dedication to Golf Canada, Bill Paul steps down from his role as Chief Championship Officer.

Isabellla Ferguson of Ottawa and Malik Dao of Notre-Dame-de-I’lle-Perrot, Que., win their respective divisions in the Future Links driven by Acura Atlantic Championship at Covered Bridge Golf and Country Club in New Brunswick.

Michael Gligic of Burlington, Ont., locks up his PGA TOUR card for the 2019-2020 season, the first of his career, by finishing in the top 25 on the Korn Ferry Tour. 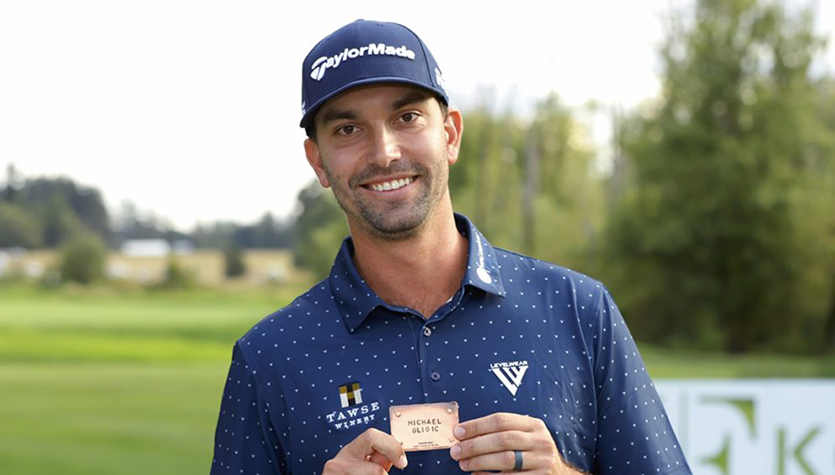 Margaret (Sutcliffe) Todd, a pioneer of Canadian women’s golf and a member of the Canadian Golf Hall of Fame, passes away at the age of 101.

Brooke Henderson wins the ESPY Award for the best female golfer of 2019, having won her ninth LPGA Tour title this year, making her the winningest Canadian pro golfer of all time. 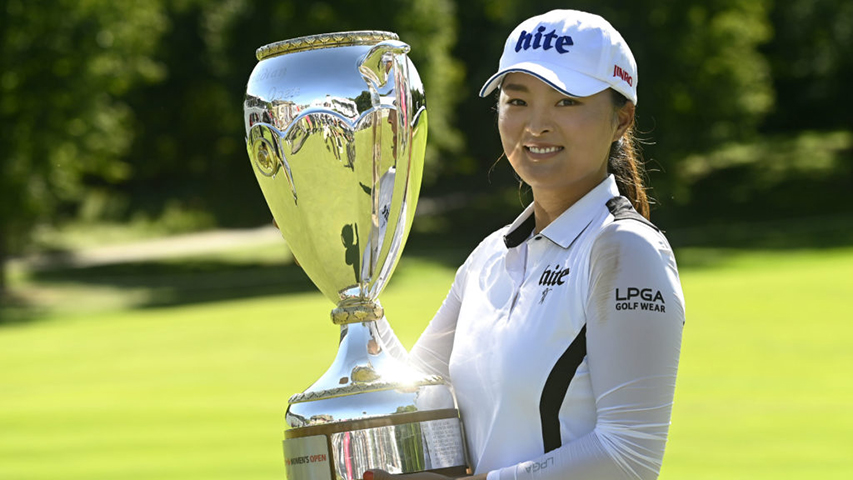 Title sponsor Canadian Pacific announces a record $2.5 million raised for the SickKids Foundation as a result of several fundraising efforts under the CP Has Heart program. 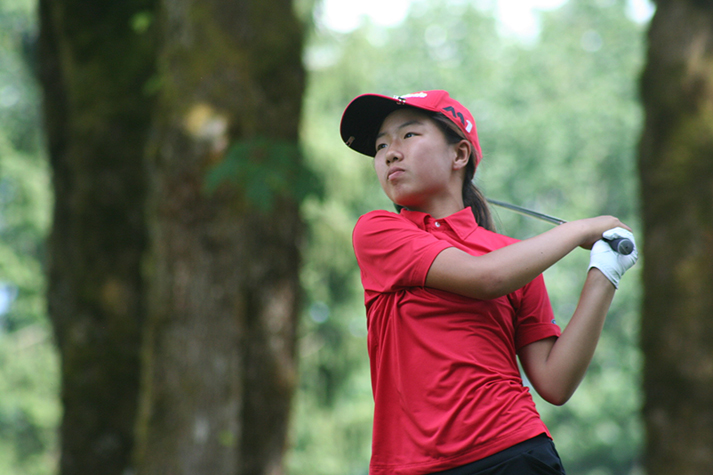 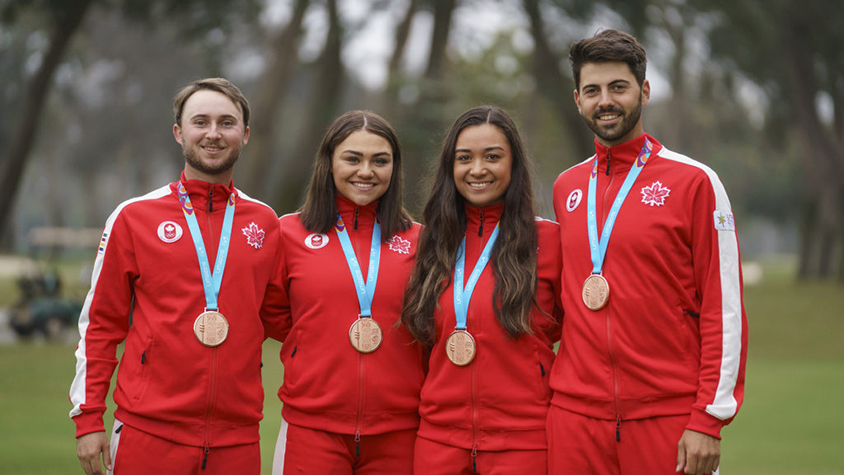 Golf Canada and Levelwear announce an extension of their official apparel partnership through 2022.

Corey Conners of Listowel, Ont., finishes T7 at the BMW Championship to earn full PGA TOUR playing privileges for 2019-2020, including a spot in all four majors and the World Golf Championships. 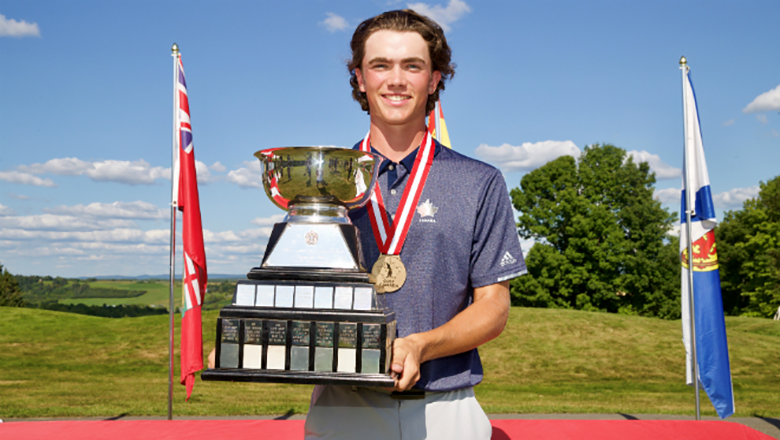 Garrett Rank of Elmira, Ont., a full-time NHL referee and Team Canada alumnus, wins the Western Amateur in Michigan, the first mid-amateur to do so since 1997. 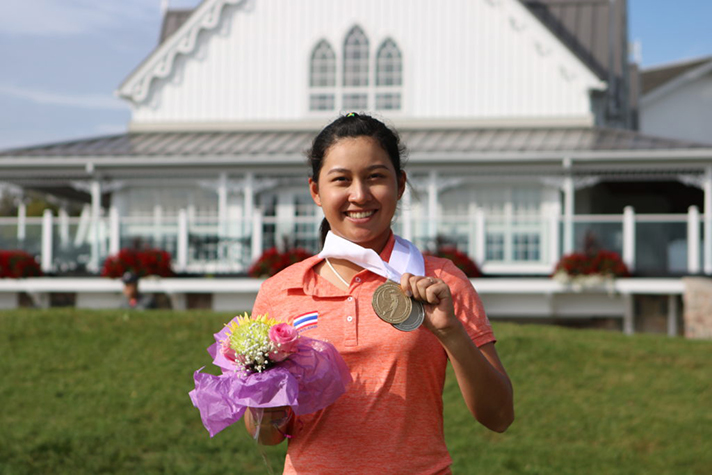 Rory McIlroy, champion of the 2019 RBC Canadian Open, was named PGA TOUR Player of the Year.

Luna Lu of Burnaby, B.C., and Ashton McCulloch of Kingston, Ont., win their divisions at the BC Future Links driven by Acura Fall Series at Crown Isle Golf Resort. 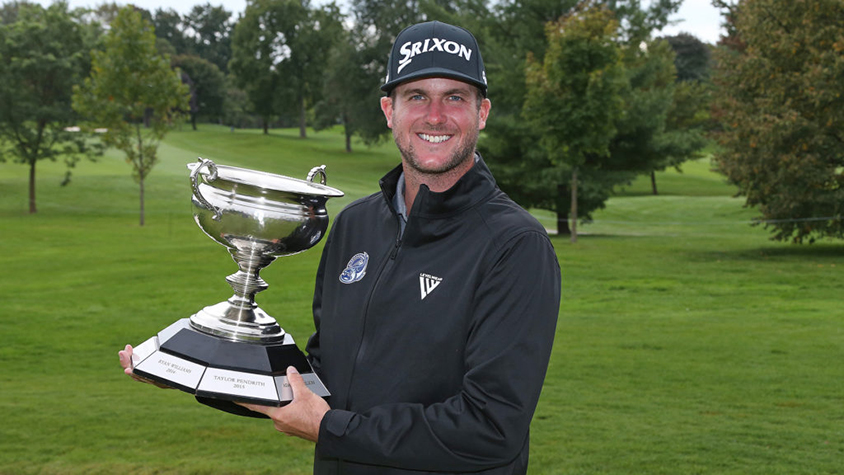 Gord Nixon is named the inaugural recipient of the Legacy Award for exceptional contribution to the sport of golf in Canada by the Golf Canada Foundation in partnership with Golf Canada.

Maude-Aimee LeBlanc of Sherbrooke, Que., retires from professional golf at the age of 30.

James Beebe of Priddis Greens Golf and Country Club in Alberta is named the superintendent of the year by the Canadian Golf Superintendents Association and Bayer Environmental Science.

The Golf Management Institute of Canada celebrates its 20th anniversary.

The team from The Carman Golf and Curling Club in Manitoba wins the RBC PGA Scramble National Final at Cabot Links in Nova Scotia.

Graham DeLaet attempts his return to the PGA TOUR at the Houston Open after more than two years off due to injury.

Her fellow LPGA players vote to award Brooke Henderson of Smiths Falls, Ont., the Tour’s Founders Award given to the player “whose behaviour and deeds best exemplify the spirit, ideals and values of the LPGA.” 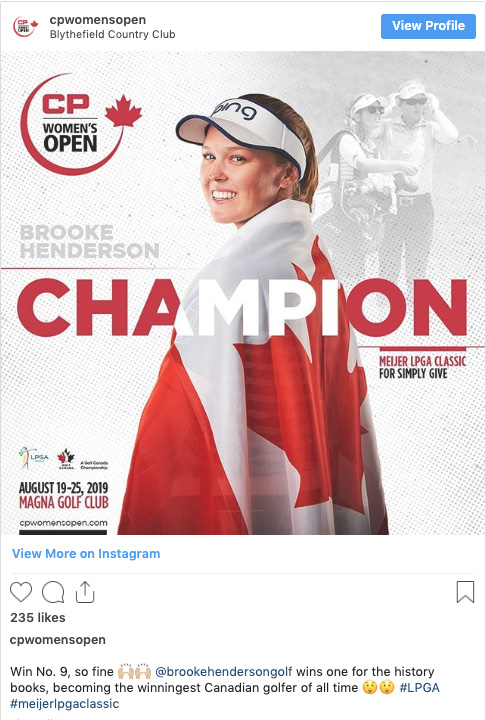 Hilton announces a new multi-year integrated partnership with Golf Canada as the official hotel partner for the organization and its members.

Alena Sharp of Brantford, Ont., is named to the LPGA’s Board as a Player Director. 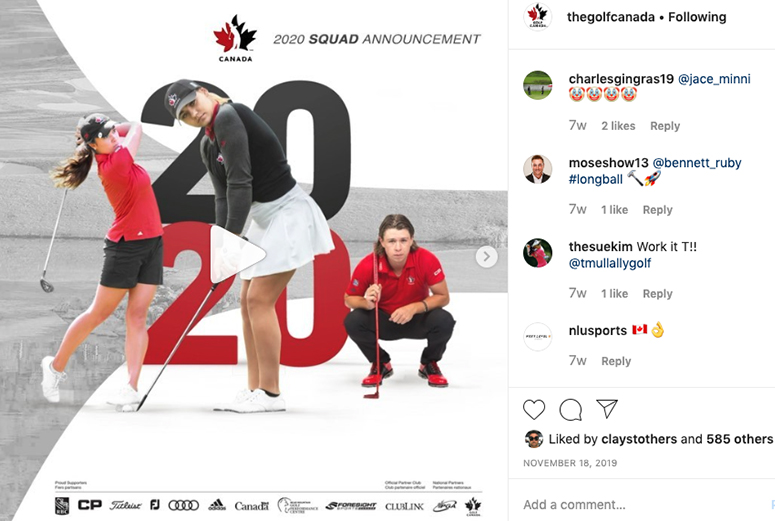 Jin Young Ko, champion of the 2019 CP Women’s Open, was named the LPGA Rolex Player of the Year.

Golf Canada announces the winners of its 2019 National Orders of Merit. On the amateur side, Julien Sale of Gatineau, Que., was the top male followed by Garrett Rank of Elmira, Ont. Brigitte Thibault of Rosemere, Que., earned top spot in the women’s Order of Merit with Mary Parsons of Delta, B.C., finishing second. Christopher Vandette of Beaconsfield, Que., was the top-ranked junior boy in Canada, followed by Victoria’s Jeevan Sihota. Celeste Dao of Notre-Dame-de-I’lle-Perrot, Que., led the junior girls’ ranking. Emily Zhu of Richmond Hill, Ont., was second.

Golf Fore the Cure presented by Subaru announces it raised more than $380,000 for breast cancer research in 2019 at 175 events across Canada.

The Shaw Charity Classic announces donations by Canadians during the PGA TOUR Champions event in Calgary raised a record $14,071,188 for 200 youth-based charities across Alberta. 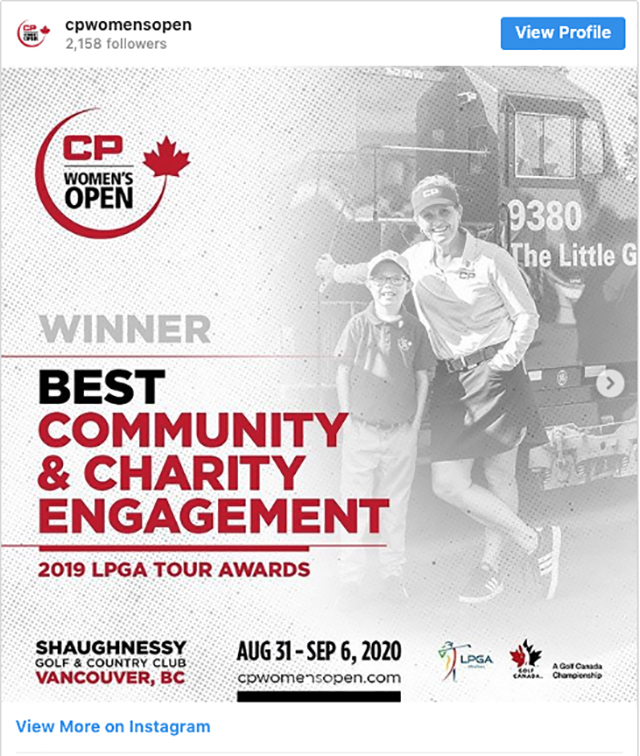 The RBC Canadian Open, held at Hamilton Golf & Country Club in Hamilton, Ont., was named a finalist for Tournament of the Year—among all PGA TOUR events.

Canadian Kurtis Barkley finishes runner-up at the All Abilities Championship held in conjunction with the Australian Open.

Jim Fraser passes away on Dec. 9, shortly after the Golf Canada Foundation and the Canadian Seniors Golf Association unveiled a golf scholarship named in honour of the long-time golf supporter who, among other honours, was a member of the Ontario Golf Hall of Fame. Mr. Fraser was a highly respected volunteer and then employee with Golf Canada over a career of more than 40 years.