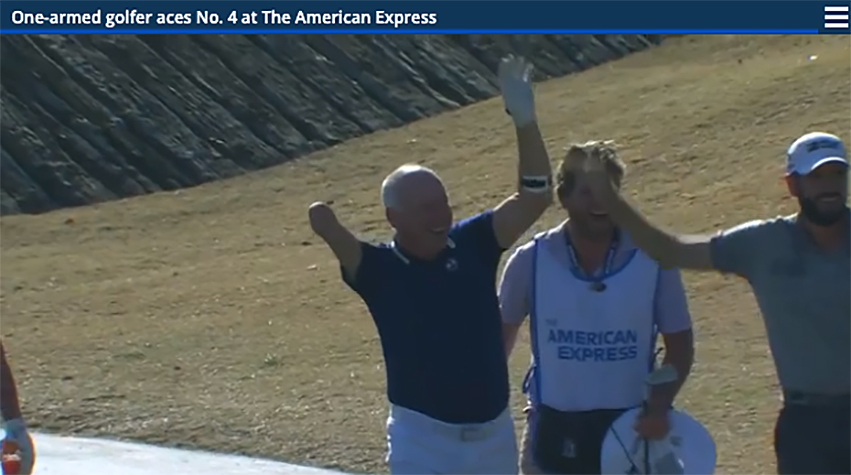 A one-armed Canadian amateur golfer left many pros impressed after he shot (sic) a hole-in-one during a PGA Tour event on Thursday.

Laurent Hurtubise of Quebec was playing as an amateur and made the 151-yard shot on the par-3 fourth hole in the Tour’s American Express 2020, during the tournament’s opening round.

Hurtubise was born with one arm, which ends just below the elbow, and started playing golf at age 11.

He told the Desert Sun in 2018 that he got into sports as a way to fit in with other kids in his small town outside of Montreal.

“As a kid, sports was a way for me to prove that even though I had a difference, that I could perform as well as normal people — as they call them,” he said. “People have differences and handicaps and whatever, but it was my way to prove that I could be as good as everybody else.”

Click HERE to see the rest of the article and see video...