As Long As the Canada-U.S. Border Remains Closed, So Will The Point Roberts Course - Images Courtesy Bald Eagle GC

With his course stuck in the golfing equivalent of no-man’s land, Kyle German is finding it increasingly difficult to believe a season can be salvaged at Bald Eagle Golf Club.

Golf courses have re-opened in both British Columbia and Washington state and by all accounts business is brisk. But at Bald Eagle, located across the border in Point Roberts, there is no business at all. With the U.S.-Canadian border closed until at least June 21 due to the COVID-19 pandemic, Bald Eagle remains shuttered.

“I would love to say I am fully confident the border will re-open June 21, but I am really not super confident,” says German, the general manager and head professional at Bald Eagle.

“It’s devastating, it’s heart-breaking, but I understand it. The Canadian and many provincial governments have all said they are in no hurry to re-open the border. They are going to do what feels right. It is unfortunate and there is a distinct possibility we could lose the summer.”

Bald Eagle, formerly known as Point Roberts Golf Club, caters almost exclusively to Metro Vancouver golfers. After running into financial difficulty, the course was shut down in early 2017. New owners came to the rescue. They brought back original architect Wayne Carleton and spent big bucks to bring it back to life. The course re-opened in the summer of 2018 and under the leadership of German, who also ran the course in its good years, it was regaining a foothold in the area’s competitive golf market.

“We had a pretty good year last year,” says German, a former Canadian PGA Club Professional champion. “We got lots of great comments and people were starting to know about it again. The trust in the facility and in the condition of the course was there. And it’s funny, given how wet the winter was we actually felt like we were really ready for the spring. We had a bunch of programs going, a bunch of promotions and we were ready to hit the ground running. So it has been hard for sure.”

Bald Eagle is being maintained by course superintendent Rick Hoole. “Our superintendent is the only person still on the payroll,” German says. “He is not maintaining it for playing conditions, but is making sure the turf is healthy. It’s funny, he keeps sending us pictures. He has the greens cut way higher than winter heights and he’s loving it. He’s saying ‘there’s no ball marks, no divots, it’s great.’ Of course, there’s no people.”

Even with a best-case scenario of the border re-opening in late June, German says Bald Eagle would likely need some time to get ready for golfers. “That’s the other thing, when the border does open it will probably take between a week or two before we can get back to playing conditions,” German says. “It depends how quickly we can get our staff back. A decision on re-opening the border likely wouldn’t be be made any earlier than June 18 or 19 so at best we’d be looking at a July 1 opening.” 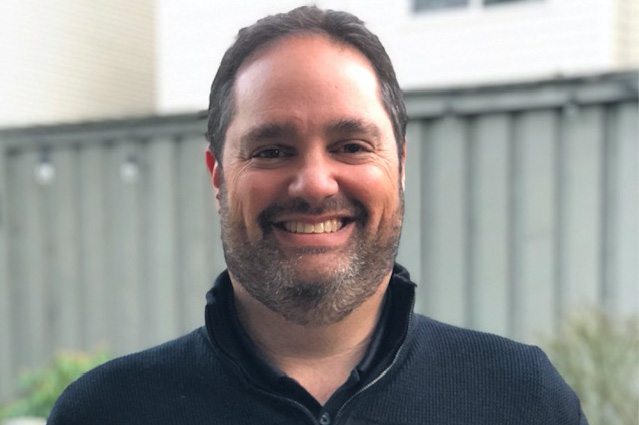 German, a New Westminster resident, could cross the border to visit Bald Eagle but has not since the course closed in March. “I technically would be able to go down there, but then I would have to self-quarantine for two weeks when I come back.” Instead he has spent much of his time home-schooling his two kids, aged 8 and 11.

“I am a horrendously bad elementary school teacher,” German says with a chuckle. “It is shocking how bad I am at this. We have a few teachers who live in our townhouse complex and now every time I see them I almost want to bow to them.”

But German remains a very good golfer, even though he has not played much these past few months. He made nine birdies in a recent round at Northview Golf Club’s Ridge course in Surrey. “I got some new clubs from Callaway and went out to play with one of our owners and Wayne Carleton, our course designer,” German says.

“I made nine birdies out there out of nowhere and I was like, 'what happened?' It was something. I ended up shooting 66. I had a double and a bogey in there. I had quite a bit of rust, but it was a lot of fun.”