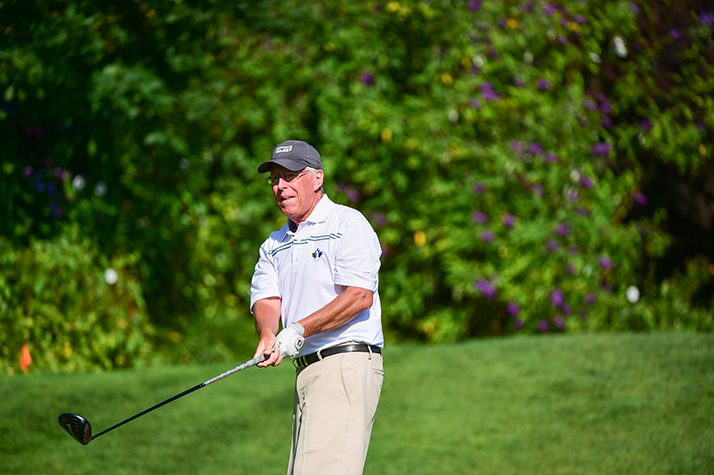 The 118th playing of the B.C. Amateur Championship later this month is going to be missing a very familiar face. After playing in the event for 53 straight years -- and winning it 13 times -- Doug Roxburgh will not be there.

The date for this year’s B.C. Amateur, which is being played at the Okanagan Golf Club’s Bear course in Kelowna, was recently moved from mid-July to July 28-30. That created a problem for Roxburgh, whose son James is getting married on Aug. 1.

“It absolutely was a tough decision,” Roxburgh said. If the date hadn’t been changed, it would have worked out. James is still going ahead with his wedding, on a much much smaller basis, on Aug. 1.”

Roxburgh also said all the COVID-19 protocols for the tournament, which he completely understands and supports, played a minor role in his decision. Roxburgh’s wife, Lorna, always caddies for him at the B.C. Amateur and she would not have been able to do so at this summer’s event.

“I just think it was the right time to make this decision,” he said. “I would have loved to keep it going, but these are very strange and difficult times right now and I certainly understand all the policies and things that B.C. Golf has had to put in place. It is great that they are going to be able to pull off an event.” 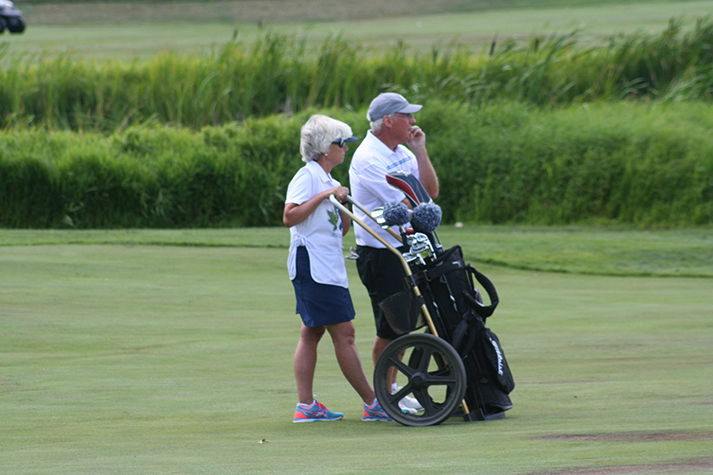 Doug's Wife Lorna Has Been His Caddy At Many B.C. Amateur And Men's Senior Championships

Roxburgh played in his first B.C. Amateur as a 15-year-old in 1967 at Shaughnessy Golf & Country Club. He hasn’t missed one since. His first win came in 1969 at Richmond Country Club where he beat John Morgan 4&3 in the 36-hole match play final. A couple of weeks later, Neil Armstrong became the first person to walk on the moon.

Roxburgh has only missed three cuts in his 53 B.C. Amateur appearances. Over the years, the tournament became a big part of his summer. “I always looked forward to the B.C. Am,” he said. “I always tried to get my game ready so I could have a good performance and try and make the cut and what not. I still had that in my mindset this year until they changed the date. I was looking forward to it and would have played, but it’s just not in the cards this year.”

Roxburgh said he particularly enjoyed seeing so many parts of British Columbia while travelling to and from the event. “When I first started way back it was basically Vancouver two years, Victoria one year, Vancouver two years, Victoria one year,” he said. “And we were always at a private club back then. But they started to move it around the province and it was great. We have travelled all around the province, to the Kootenays, up to Golden, to Fort St. John, all over the place. It has been a lot of fun that way for sure. It has given myself and my family the opportunity to see the province.”

The 68-year-old Roxburgh, a longtime member of Marine Drive Golf Club in Vancouver, said his game is in fairly good shape. “It comes and goes,” he said. “I have had some good games. I have been able to shoot my age twice in the last month which to be honest was my only goal this year.”

Kris Jonasson, chief executive officer of British Columbia Golf, said he fully understands Roxburgh’s decision not to play this year’s B.C. Amateur. “What a wonderful way to end a streak with your son’s wedding,” Jonasson said. “It’s not ending because he is not competitive. It’s ending because he made a commitment to his family a long time ago and that commitment remains the most important thing in his world.”

Roxburgh, whose resumé also includes four Canadian Amateur championships and a Canadian Seniors title, has a lifetime exemption into the B.C. Amateur. The hope is he begins another streak in 2021.

There is a good chance he will play in the B.C. Senior Men’s Championship in mid-September at Sunshine Coast Golf & Country Club, where he would be the three-time defending champion.