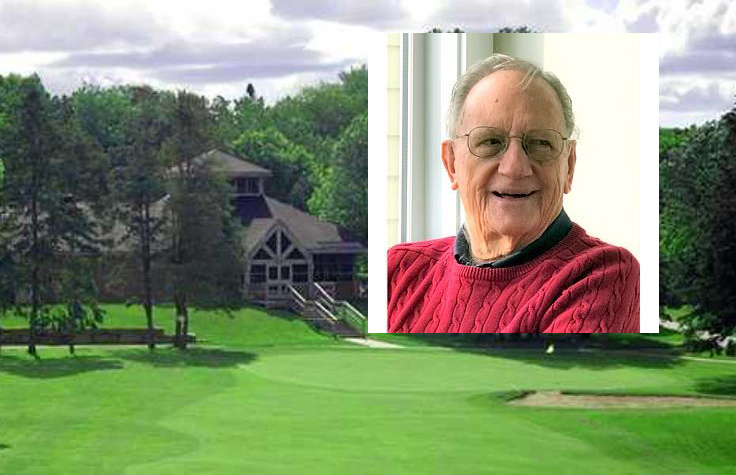 British Columbia Golf and the BC golf community wish to express our deepest condolences to the family and friends of former BCGA President & Board Member, Stan Nixon, who recently passed away.

Stan passed on May 16, 2020 and is survived by his loving wife Loraine, their three sons and families: Ron (Penny), David (Lana), Steve (Helen).

Stan is predeceased, by his Father (Ronald) and Mother (Florence), Brother Edward (Muriel) and Sister June and Grand Daughter (Kristy-Lee).

Stan was born in Coutts, Alberta and moved to Victoria as a young child. He spent much of his childhood in the family's James Bay home and spent his youth honing his golf game as a junior at Uplands Golf Course.

He met his wife Loraine in Victoria and they spent much of their time dancing on the weekends at the Empress Hotel. They were married in Victoria on April 20, 1951 and they celebrated their 69th Wedding anniversary in April, a loving and caring marriage we can all aspire to.

As a young man, Stan took his Apprenticeship as a Dental Technician and graduated in 1950. Stan and Loraine moved to Courtenay to take over the vacated Dental Technician position and purchased all his Dental supplies for $1250 through an estate sale of Samuel James Evans in October 1952.

He had a successful career and trained multiple individuals in the trade. Eventually owning Nixon Dental Laboratories in Courtenay, Campbell River and Powell River. In the later years of his profession he decided to take further training and obtained his Dental Mechanic designation so he could work directly with all those customers he supported over the years.

His main passion other than family was golf. Stan had 9 Hole-In-One's, one for each decade of his life. A member of Uplands as a junior, member of Comox Golf Club, Sunnydale Golf Club and Crown Isle Golf Club.

His family and friends were an important part of his life. You would often hear Stan express, "How lucky he was and how he loved his home". He always ensured that the family growing up around him had the opportunity, to play sports (Skiing, Baseball, Sailing) Fishing (salt or freshwater) or just having family and friends at home in the beautiful pool at the Cook St. home.

For Sixty Years they had their regular "birthday group" (Law's, Gansner's, Davies, Bollio's, Gordon's, Harder's and Bossum's) and he also loved his regular bridge and poker groups. Stan would also be known to sidle up to a piano bar and sing along or even sidle up to the unknown and sing a lyric or two.

A testament to the free spirit and lover of life he possessed. Stan (Dad) we will love you forever. Thank-you to the team of healthcare providers at Glacier View Lodge that looked after Stan in his final days.